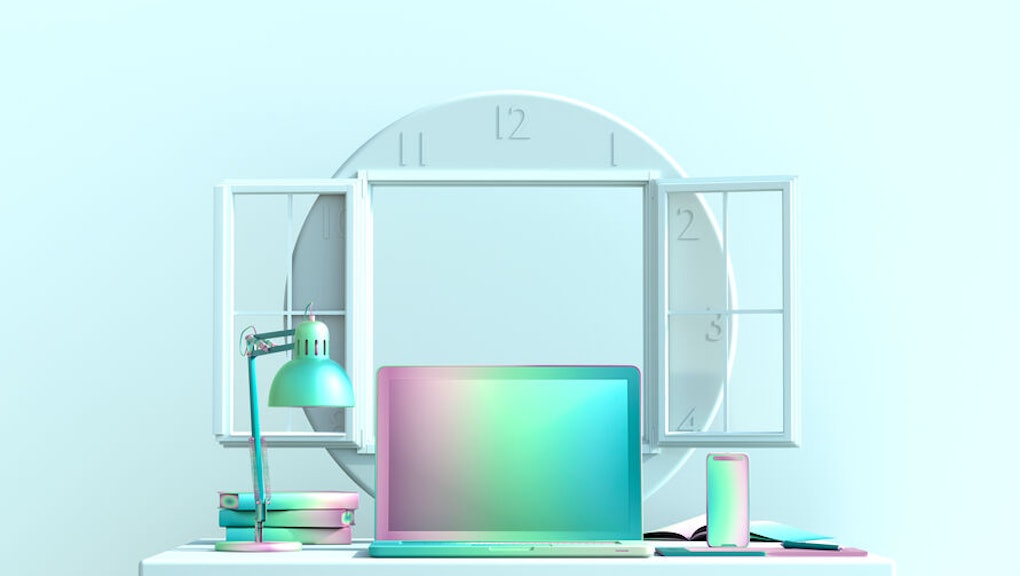 Is a 5-hour work day the key to productivity and balance?

Even if you love your job, you probably aren’t actually working the whole time you’re at work. You might be focused on a task or two most of the time, but there’s probably a decent amount of daydreaming, small talk, double-tapping, and swiping on the clock. All that taken into consideration, do we really need to be tied to a desk for eight-plus hours? There a few CEOs who are rethinking what it means to produce good work and still have a life. The Wall Street Journal took a glimpse at the radical concept of a five-hour work day, and provided some pretty damning evidence that we don’t actually need to be chained to our desks all day in order to be productive.

Back in the ‘20s, we needed the government to step in to make sure that folks weren’t being forced to work 12-14 hour days, so the institution of the eight-hour day was actually an improvement. But nowadays, a lot of the work Americans do is not industrial. It’s white collar. And studies show that the average worker is only productive for about three hours a day, and productivity gurus like Tim Ferris have been pushing for more focused, less lengthy work days for years.

The logic is this: If we work fewer hours, we will be more focused during those hours, get the same amount of work done, and have more energy to lead full lives outside of work.

WSJ honed in on one company, Rheingans Digital Enabler, to examine what work-life balance could look like on the 25-hour work week that the German tech consulting firm is experimenting with. Here’s how it works at Rheingans: Employees come in at 8 am and are permitted to leave at 1 pm. During work hours, they’re asked to keep their phones in their backpacks and no social media is allowed. They're only supposed to check company email twice a day, and staff meetings are limited to 15 minutes.

The result? Rheingans, the managing director at the company, told WSJ that his employees are happier and produce as much output as they would if they worked a full 40 hours.

Rheingans comes from a more traditional corporate background and took a salary cut at his previous job to work less hours so that he could spend more time at home. He ended up, however, asking his partners at the firm to reinstate his original salary because he was getting the same amount of work done as when he was on the clock full-time. When he started his own company (the one he leads now), he brought the idea of the high-productivity, shortened work week with him.

Rheingans didn’t want to repeat the same workplace patterns he saw elsewhere. “We have all experienced that: We sit in the office, out of energy, reading newspapers online or Facebook, just in need of the little pauses to recharge, but you don’t really recharge,” he told WSJ. “My idea is focusing on the first five hours and then just leave, and have a proper break.”

Shorter work days do sometimes have downsides, though. San Diego’s Tower Paddle Boards is a company that has experimented with the five-hour work day and reported mixed results. “Everyone’s outside life got better at the expense of their work,” chief executive Stephan Aarstol told WSJ. But as a sort of compromise, he instituted the five-hour work day during the summer months, so that his employees could surf and enjoy the weather.

At the end of the day — however long it is — productivity just isn’t about the amount of time you spend working, according to Rheingans. “It’s about individual maturity,” he told WSJ. “It’s so silly to think of a 40-hour workweek when work is not a place or time.” The reality is that the work schedules worldwide vary wildly, and many countries have more progressive policies than the US. Let’s hope that American companies start noticing that we all might benefit from some work-life balance.

More like this
Remote work has made things even harder for marginalized employees, says a new study
By Tracey Anne Duncan
8 funding sources for BIPOC entrepreneurs
By Melissa Pandika
How to file your taxes: A beginner's guide
By Melissa Pandika
Stay up to date