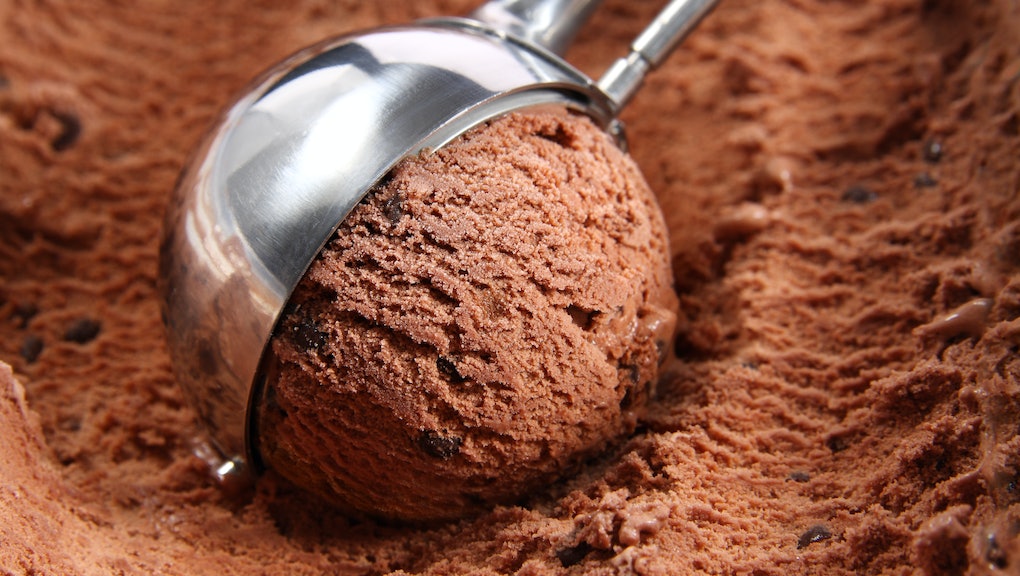 Is Halo Top healthy? A dietician weighs in on "healthy" ice cream

A few weeks ago, my sweet tooth raging, I rummaged through the freezer and found a nearly-full carton of Halo Top’s Birthday Cake Ice Cream. The low-calorie ice cream alternative satisfied my sugar cravings, though it did leave me a tiny bit wistful for the decadent creaminess of the real thing. But, at least I didn’t feel like I was being “unhealthy” by finishing an entire container of something in one sitting.

Besides Halo Top, a bunch of other low-calorie alternatives have cropped up in grocery store freezers recently. While a pint of Halo Top, Enlightened, Simple Truth, or Arctic Zero ice cream contains only around 70 to 350 calories, a pint of, say, Ben & Jerry’s can pack more than 1,000 calories. A pint of the “healthy” ice creams also has only around five percent of the fat in Ben & Jerry’s. They’re also low in sugar, as VICE points out, and some, like Halo Top and Enlightened, are higher in protein (but not high enough to help with gains or anything). Plus, they contain fiber and "all-natural ingredients." But is “healthy” ice cream really healthier than real ice cream?

“The short answer is no,” Amy Kimberlain, a registered dietitian nutritionist in Miami and a media spokesperson for the Academy of Nutrition and Dietetics.

If you compare “healthy” ice cream to regular ice cream “stat for stat,” the former does seem healthier, Kimberlain says. Many healthy ice cream brands replace the whole milk and cream typically used in ice cream with skim milk. For the creamy consistency that would have come from fat, they add zero-calorie thickeners, including gum (such as guar gum) and fiber (often listed as “prebiotic fiber” or “chicory root fiber”). They also often substitute real sugar with lower-calorie sugar alcohols (such as erythritol) as well as zero-calorie sugar substitutes (such as stevia and monk fruit extract). The result of all these Frankensteinian machinations? A concoction that tastes okay most of the time, and pretty good at best.

The gum and sugar alcohols aren’t digestible, so they can cause gas and bloating. In fact, they may even act as a laxative in some people, Kimberlain says — ironically enough, since lactose intolerant consumers often reach for these products as alternatives to regular ice cream. Although prebiotic fiber has been shown to benefit gut health, large volumes can also make you gassy, she adds. And since “healthy” ice creams contain little fat, which normally provides flavor and makes you feel full, “they’re not satisfying.”

As a result, “you continue to eat that product in the hopes that you will feel satisfied,” or you may turn to another dessert to do so. Kimberlain adds that stevia and other sugar alternatives contain 200 to 300 times the sweetness of real sugar, which may just intensify your sweet tooth and make you more likely to hanker for dessert later on. You may just end up stuck in a vicious cycle, with “healthy” ice cream only further fueling your craving for sweets.

Many of these brands also employ “guilt-free” messaging. (For instance, Halo Top’s seals bear the affirming “Stop when you hit the bottom,” while Enlightened markets itself as “The Good-for-You Ice Cream.”) This can warp people’s perceptions of portion sizes, so that they think a pint of anything is a healthy portion size, Kimberlain says. Since these products are supposedly “healthy,” they may eat them more frequently than they would regular desserts, and “healthy” ice cream may eventually replace other, higher-nutritional value foods.

Ultimately, people may end up consuming more calories than if they had occasionally eaten modest servings of the real thing, which would have left them satisfied and less likely to keep eating, Kimberlain says. (She advises her patients to familiarize themselves with what a portion of ice cream looks like — half a cup — “and savor the whole thing.”)

Kimberlain also points out that the messaging ice cream brands use creates the mindset that, “I can eat the whole pint, because it’s not that bad,” when in fact, no foods are good or bad. “It creates this concept of foods”— in this case, real ice cream — "that are off-limits.” In reality, though, ice cream and other desserts “are definitely fine every once in a while.”

Kimberlain doesn’t think “healthy” ice creams are inherently harmful. It all comes down to knowing yourself: Will a small portion of a “healthy” ice cream leave you satiated? “If this provides satisfaction for people, I tell them to eat it,” she says, “but don’t be fooled into thinking it’s healthier.” At least every now and then, you may be better off treating yourself to the real thing.

This article was originally published on Aug. 14, 2019

More like this
Is the Pegan diet really worth all the effort?
By Tracey Anne Duncan
Margarita burns: Why lime juice and sunshine don't mix
By Melissa Pandika
These zero-waste restaurants are committing to environmental conservation
By Joseph Lamour
Stay up to date