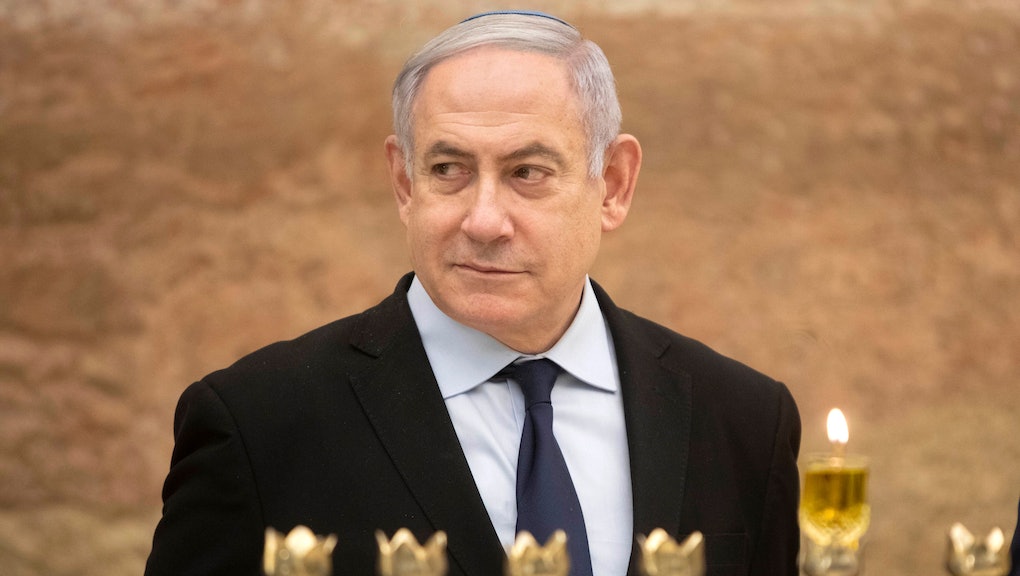 Prime Minister Benjamin Netanyahu has ruled Israel for over a decade with his hardline right-wing ideology, but his hold on power has grown increasingly tenuous. The country’s longest-ever-serving leader is currently facing three indictments on serious corruption charges, and has failed to win a conclusive majority in two general elections this year. He’s not out for the count—the country is heading to a new general election on March 2nd of next year, and his Likud party is still expected to be competitive. Netanyahu, however, may not be on the ballot. Tomorrow, Likud will hold a leadership primary to determine who will be its standard-bearer, and Netanyahu is facing a challenge from a charismatic younger rival named Gideon Saar. The current environment—in which he’s facing both public scandal and spirited opposition from both within and without his party—puts Netanyahu in the most tenuous position he’s been in in years.

The stakes of this primary, and the general election next year, could not be higher for Netanyahu. If he loses and has to step down, he won’t be able to claim immunity from the charges against him, and could face real prison time.

Saar publicly challenged Netanyahu earlier this month. Although Netanyahu is favored to win, many see Saar’s bid as a sign of his weakness. A rising politician wouldn’t challenge a party leader who’s inspiring across the board confidence, after all—Saar perceives vulnerability. He has attacked Netanyahu for his inability to win a national election, and for dragging the country through multiple elections by refusing to let someone who’s not facing indictment take the leadership mantle.

“[Netanyahu] has failed twice, but it is not because of the Likud’s ideas,” Saar said at his campaign announcement, according to the Guardian. “If we do not make a change, we are getting close to a leftwing government,” he added.

Saar is a former protege of Netanyahu’s who’s ambition rubbed the prime minister the wrong way. Last year, Netanyahu claimed that Saar was trying to mount a coup to depose him. He challenged Netanyahu’s leadership with a single tweet in October, after Netanyahu announced that he’d be open to a primary: “I’m ready.” It was the first time a conservative politician had openly challenged Netanyahu for control of the party in over a decade.

Saar is considered to be just as hardline as Netanyahu when it comes to conflict with the Palestinians. Still, he is also seen as more likely to form a coalition with the more moderate Blue & White Party. A Saar victory could portend significant changes in the Middle East.

More like this
Two men shook hands, and CNN went wild
By Rafi Schwartz
Why are there protests in Colombia? How a tax proposal ignited decades of unrest
By Ray Levy Uyeda
We might have AI-powered murder drones to worry about now, a U.N. report suggests
By AJ Dellinger
Stay up to date