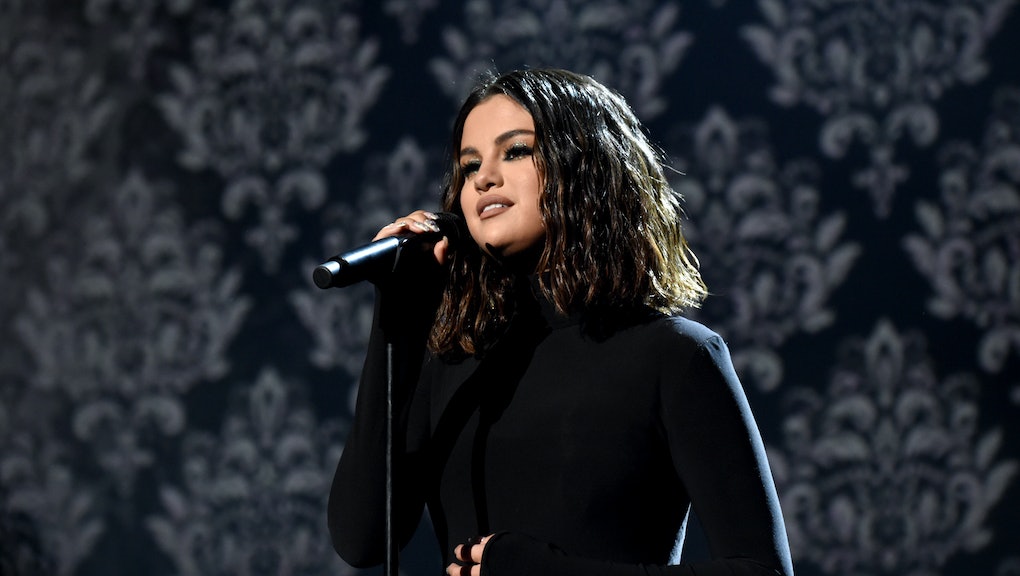 “Did the heartbreak change me? Maybe / But look at where I ended up,” Dua Lipa croons at the beginning of “Don’t Start Now.” The song is a certified breakup anthem, less about the pain of being dumped and more about the petty bliss of enjoying yourself publicly afterward. Released in November, it began a wave of winter breakup songs from pop stars. Rain after a long drought.

Selena Gomez’s “Lose You To Love Me” is another standout example from the past few months, with the kind of Tumblr-era imagery that pinpricks the exact pain of ending a romantic relationship. “Set fires to my forest,” Gomez sings. “Rose-colored glasses all distorted,” she continues. Heartbreak made accessible and general enough for the masses, but specific enough so that every listen feels like an accurate representation of what you’re feeling.

It’s really been a minute since that particular dread and metamorphosis has been tapped into by pop darlings — dance hits and empowerment ballads have reigned, skirting the messiness of love lost and instead roaming in the anthemic, aspirational, and empty. But Gomez, Lipa, and others like Caroline Polachek, Muna, and Chelsea Cutler are making the kind of glowing, yearning, and honest pop music that flexes the genre’s strongest muscle.

Good breakup songs have always been a mainstay of pop music, whether that’s the Everly Brother’s somewhat prescient “Cathy’s Clown,” the titillating pop-rock disaster that was Fleetwood Mac’s Rumors, or Adele’s “Hello.” Naming harm is often the first step in healing, and sometimes wallowing in it is the second. This most recent batch of music is just particularly good after a period without a truly definitive list of songs you could add to your own “Sad Bops” playlist and sing along to with your whole heart.

And the timing is excellent. The poor little groundhog they hoist in the sky every year to tell us about the weather didn’t see his shadow this year, meaning that Spring is coming sooner rather than later. The earth will thaw, the weather will warm, and relationships will implode after Valentine’s Day doesn’t provide the emotional healing needed to salvage the unsalvageable. For some, this will feel like Polacheck’s “Ocean of Tears,” an uncrossable chasm of sadness that feels a bit insurmountable. Or it will feel like vindication, a la Dua Lipa. Or it will feel like clarity, a phoenix from the ashes sort of relief and release like Gomez details on most of Rare.

“It was very difficult and I'm happy it's over,” Gomez told NPR about “Lose You to Love Me,” which was briefly at the top of the Billboard Hot 100. “And I felt like this was a great way to just say, you know, it's done, and I understand that and I respect that, and now here I am stepping into a whole other chapter.”

There’s no best way to get through a breakup — it’s the messiest of emotions, there’s rarely anything conclusive to come of them, just wreckage of hurt and hurting and the expectation from others that you’ll continue to be a person despite feeling like your brain and your heart are shattering. But there’s a communal solace to be found in the pop music that contends with it, presenting it as a surmountable ordeal, one you aren’t alone in.

More like this
Lil Nas X's 'baby registry' proves trolling can be done with heart
By Brandon Yu
The 8 best reality shows you're not watching, but should be
By Brandon Yu
Steve from 'Blue's Clues' gave us the closure we didn't know we needed
By Kara Weisenstein
Stay up to date