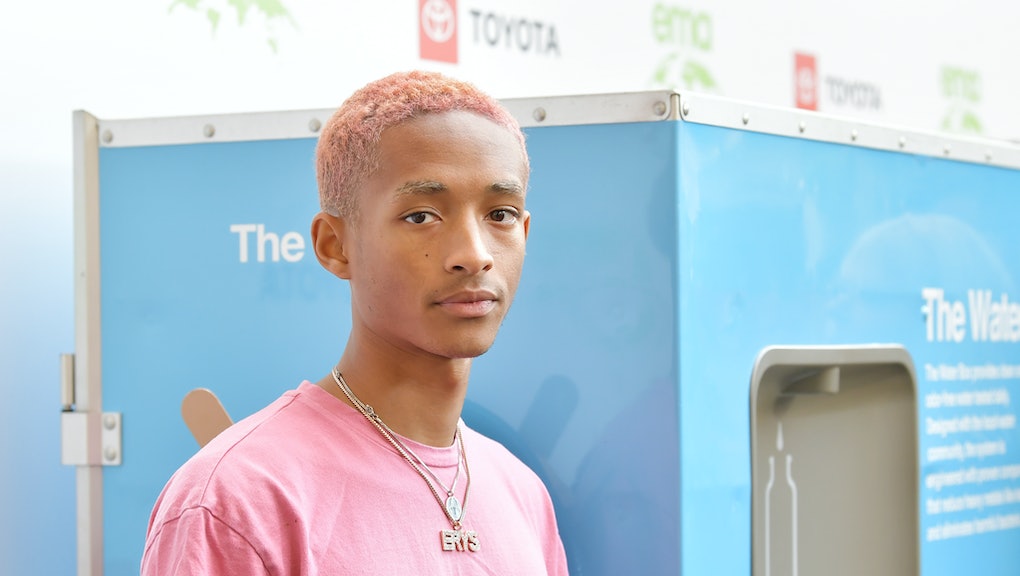 Almost two years ago, on his 21st birthday, Jaden Smith launched a charitable food truck initiative to serve people in need "healthy, vegan food for free." When the pandemic curtailed the I Love You food truck's ability to serve meals safely, he pivoted to distributing care packages on LA's Skid Row, including masks, food, clothing, and hand sanitizer. But now that life is starting to get back to normal, Smith is scaling-up his free food operation: Variety reported he's opening an I Love You restaurant, where homeless people will eat for free.

The charitable restaurant will aim to ensure people in need have access to nutritious and delicious free food, like grain bowls packed with colorful vegetables, for example. I Love You won't turn away patrons who aren't homeless, but they'll be required to pay-it-forward: "If you’re not homeless, not only do you have to pay, but you have to pay for more than the food’s worth, so that you can pay for the person behind you," Smith said.

Food insecurity isn't the only social justice issue the young star is doing something about. Media coverage of the Flint water crisis left him despondent, but then Smith decided to help, investing in The Water Box, a company that makes mobile water filtration systems. He personally delivered one to the community in Michigan. Residents were given 10-gallon containers they could fill with free, filtered water. As of October 2020, the Box had supplied Flint with the equivalent of 300,000 bottles of water.

“At any moment, we can create a new version of the world,” Smith added. “I have a belief that the next thing that changes everything for everyone can be around the corner.”