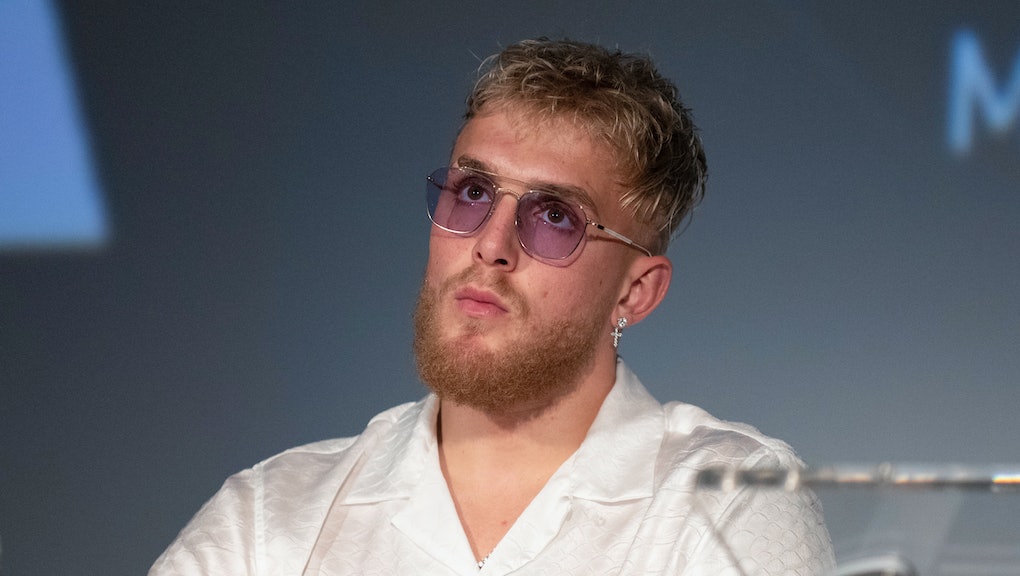 Jake Paul isn’t a journalist. Actual journalists are putting their bodies on the line to report on the protests in response to the murder of George Floyd, and they’ve faced a shocking amount of police brutality themselves in the past week. No, YouTubers like Jake Paul and his brother Logan Paul traffic in distasteful voyeurism, filmed and uploaded to the internet to shock people, rack up views and rake in millions of dollars in revenue — which leads to these jokers amassing outsize power and influence.

On Saturday night, Jake Paul was filmed in a Scottsdale, Arizona, mall while looters pillaged the stores around him. The since-deleted footage, uploaded to Instagram by Paul’s videographer Andrew Blue, doesn’t depict the YouTuber and his crew taking any goods for themselves. Paul was shown wearing a mask, standing by and filming while others broke glass, set off fireworks and made off with stolen merchandise. In his own Instagram story, Paul yelled expletives at cops and claimed he was tear gassed.

The footage went viral on social media over the weekend, with many condemning Paul for looting. The YouTuber put out a lengthy statement on social media on Sunday: "To be absolutely clear, neither I nor anyone in our group was engaged in any looting or vandalism.” He claimed his crew spent the day engaging in peaceful protest against “one of the most horrific injustices our country has ever seen,” according to the statement. When cops dispersed the crowd with tear gas, Paul said they found themselves amidst the violence at the mall and decided to record it for posterity. “We were strictly documenting, not engaging,” he wrote.

Okay, there are quite a few flaws in Paul’s logic. Firstly, he managed to shamelessly insert himself into not only a violent protest but also the national narrative about looting and civil disobedience. Whining about getting tear gassed and then wandering around a destroyed mall filming everything like it’s Disneyland or something is disgusting. His antics also draw attention from the cause at the heart of the protests: the value of Black life in America and the senseless police execution of George Floyd. For all the problems with the footage from the Arizona mall on Saturday night, one of the biggest is that it positions Jake Paul as a victim, which he certainly is not.

Lest we forget, YouTubers have a terrible track record with racism and human decency in general. Jake’s brother Logan became infamous in 2018 for filming a man who’d died by suicide in Japan’s Aokigahara forest, colloquially known as the “suicide forest” at the base of Mount Fuji. The backlash was swift and severe — though, notably, YouTube declined to remove the video or censor Paul. He took it down himself and issued an apology, but not before millions of people had already viewed the disturbing footage.

Swedish YouTuber PewDiePie, real name Felix Kjellberg, has long reigned as the platform’s most popular broadcaster. But over the years, he’s spewed all sorts of vitriol on his channel. He’s come under fire for tossing around the n-word during his livestreams. In 2017, PewDiePie lost a lucrative contract with Disney after posting anti-Semitic content and repeatedly referencing Nazis in his videos. For all the controversy, his star has barely dimmed.

Incidents like this one, where a privileged, white YouTuber is caught reveling in a really somber moment in American history, expose the rotten core of internet fame. These “content creators” make a living off essentially gamifying real life — whether they’re wreaking havoc in a formerly-peaceful neighborhood or flocking to gawk at human suffering, the end goal is on-camera thrill seeking.

You want to take a stand against “one of the most horrific injustices our country has ever seen,” Jake Paul? Why not invite a leader from the Black Lives Matter movement to appear on your channel and have some tough conversations about the role of protest and rioting in the fight for equality? Why not donate 10% (the traditional charitable tithe amount) of your $19 million net worth (I did the math for you: that’s $1.9 million) to organizations fighting for criminal justice reform? Those are just two thoughts off the top of my head. I’ve got about a billion other ideas of more impactful ways to spend your clout than by joy-seeking in a looted mall. Hit me up, dude.