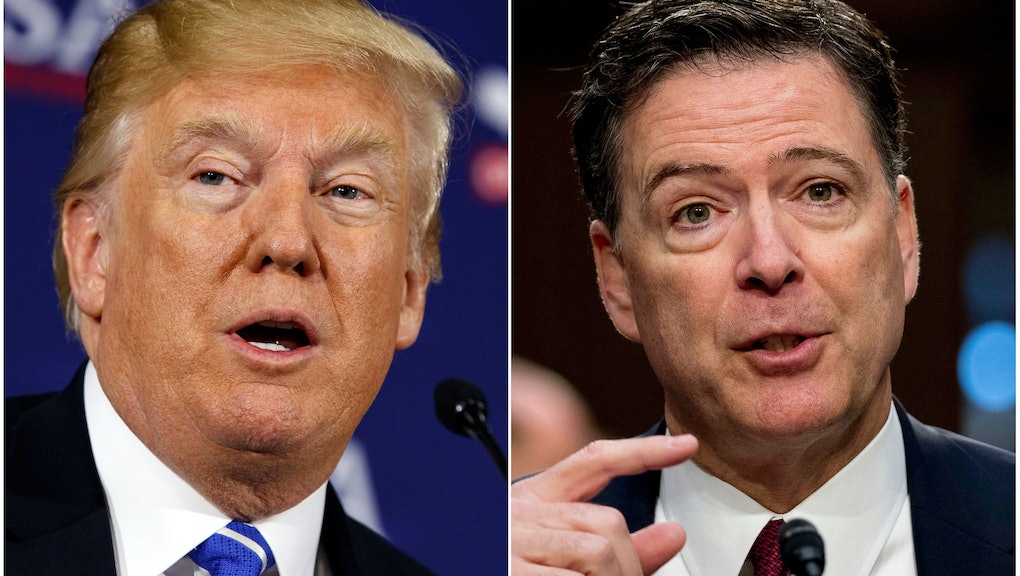 For the last three years, a former reality star has been the president of the United States. Leading up to his election, the most reputable news outlets in the country treated his candidacy like a Keeping Up With the Kardashians marathon, breaking news like it was the next chapter in a salacious soap opera. The Trump presidency has changed the way we consume news. Politicians are now seen as characters made consumable with the aid of social media, and a news cycle that's fighting to keep up with endless social feeds.

As a result, the line between what we view as news and what we view as entertainment has been blurred. The “ripped from the headlines” format that shows like Law and Order: SVU have long deployed now dominates our viewing options. Whether it’s Ryan Murphy’s American Crime Story, or the Benedict Cumberbatch-led Brexit, there’s now plenty of news-as-fictionalized-entertainment to be consumed. On Monday, Deadline reported that the story of James Comey and his investigation into the Trump administration would be turned into a four-part mini-series for CBS.

Screenwriter Billy Ray, who is behind films like Captain Phillips and Shattered Glass, will adapt Comey’s book, A Higher Loyalty: Truth, Lies and Leadership, into a script for the silver screen. Comey’s book was a best-seller and detailed his experience working in the Trump White House. Jeff Bridges will play James Comey and Brendan Gleeson has been cast to play Donald Trump.

Turning news stories into television and film can lead to a reassessment of old ideas, an ability to put a spotlight on voices previously ignored, or the possibility of examining a moment in time under a new and more critical lens. But it seems too soon to adapt a book about a barely resolved investigation into a president while that president is not only still in office, but undergoing an impeachment inquiry.

There isn’t enough distance from this period in history to be able to add anything new or insightful to what we’re living through. Trump doesn’t need to be made into a television character — that’s already one of his roles.