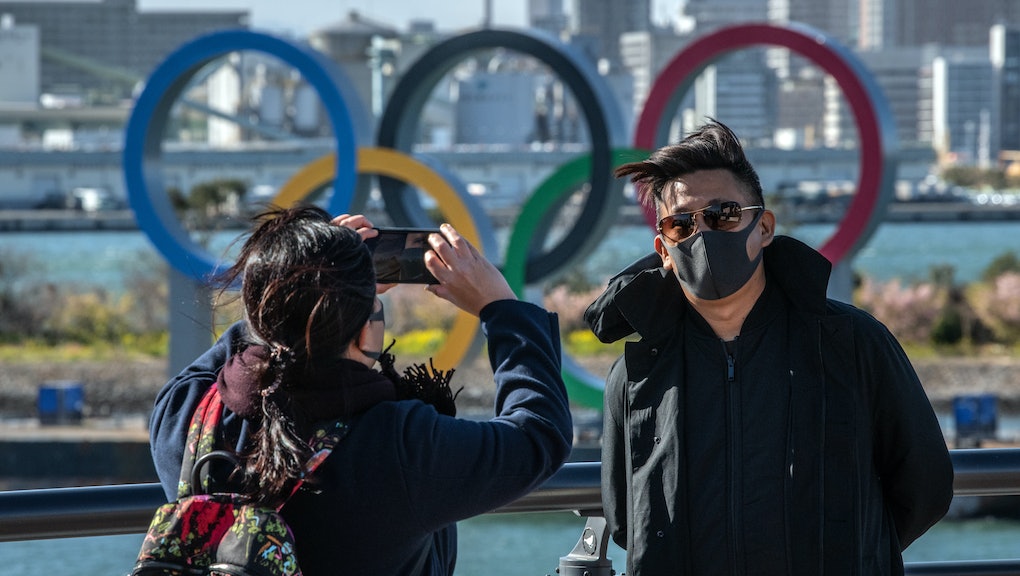 In March 2020, when the world shut down and major events started getting postponed, it seemed unfathomable that life wouldn’t be back to normal by the summer of 2021. The 2020 Olympics, slated for last summer in Japan, were kicked to this coming July. But suddenly, the Games are less than 200 days away, and it seems kind of unlikely it’ll be safe to host a global gathering like that — or at least, plenty risky and extremely expensive.

There was some drama this week when Britain’s Times newspaper reported that the Japanese government had privately concluded the Tokyo Games would have to be cancelled due to coronavirus and were turning their attention to securing the Olympics in 2032, the next available year. “No one wants to be the first to say so, but the consensus is that it’s too difficult,” the paper’s source, a senior member of the ruling coalition, said. “Personally, I don’t think it’s going to happen.”

But on Friday, Japan and the International Olympic Committee vehemently denied the report, emphasizing their intent to hold the Games this summer as planned — despite public concern that an influx of athletes from all over the world would spread the virus. According to recent polls, 80 percent of the Japanese public don’t want the Olympics to happen this year.

Japan has spent at least $25 billion on preparations to host the 2020 Games in Tokyo. Cancelling the Olympics wholesale would be a major fiscal and cultural blow to the nation. Prime Minister Yoshihide Suga expressed his determination to hold the Games this summer, and cited ongoing meetings to implement coronavirus precautions and ensure safety. The Japanese leader told parliament on Friday morning that the Olympics "will be a symbol of humanity overcoming the novel coronavirus, and a chance to showcase Japan's reconstruction from the devastating [2011] earthquake and tsunami to the world."

Meanwhile, all the uncertainty fostered by the pandemic has wreaked havoc on athletes’ aspirations and training schedules. Many careers hinge on the Olympics, an event that happens just once every four years. With the Summer Games again thrown into question, “it’s like Olympic dreams on hold, 2.0,” U.S. fencer Daryl Homer told TIME magazine.