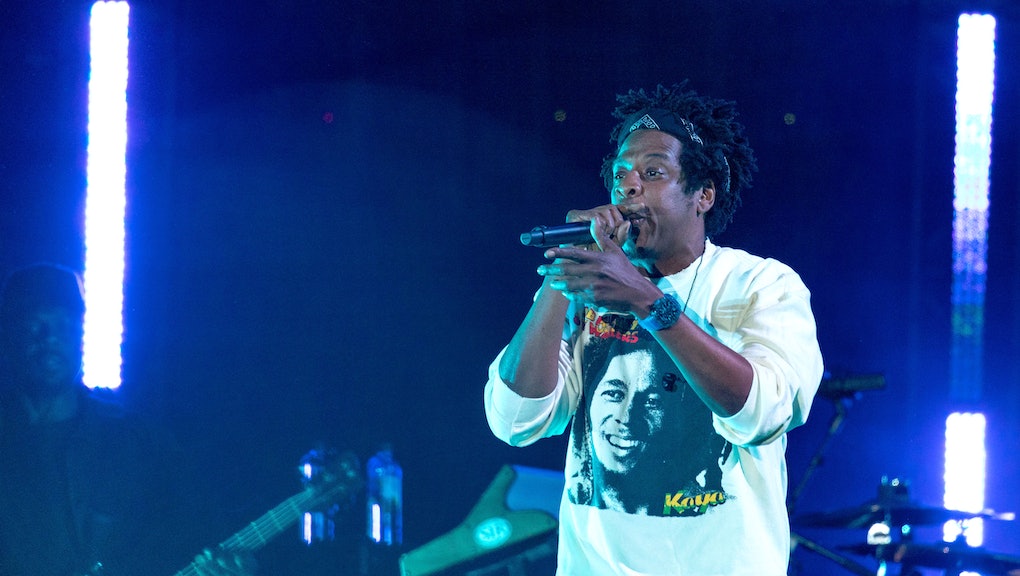 Jay-Z is hip-hop's first billionaire, according to 'Forbes' report

Jay-Z has been many things: a rapper, a producer, an owner of a clothing line, a husband, a father, an investor, a music streaming platform developer. Now, Jay-Z is also hip-hop's first billionaire. Forbes broke the news on June 3, with a cover story that included a break down of Jay-Z's expansive fortune, outlining just how many different industries he's involved in.

Forbes calculated Jay-Z's wealth by “looking at the artist’s stakes in companies like Armand de Brignac champagne — applying our customary discount to private firms — then added up his income, subtracting a healthy amount to account for a superstar lifestyle.”

The $1 billion net worth doesn't even include his wife's assets, which are quite substantial on their own. Beyoncé's estimated net worth is $355 million — the couple's combined net worth earned them billionaire status back in 2017. Jay-Z has long been predicted to become hip-hop's wealthiest man. Billionaire Warren Buffett once said of Jay-Z: “Jay is teaching in a lot bigger classroom than I’ll ever teach in. For a young person growing up, he’s the guy to learn from.”

Jay-Z began his career in the Marcy Avenue housing development in Brooklyn. As a teenager, he dealt drugs, but by 1996, he had co-founded Roc-a-Fella Records, where he released "Reasonable Doubt." Since then, Jay-Z has won 22 Grammys, released countless albums, and has been involved in some of the largest cultural moments in the country.

In 2010, Jay-Z told Forbes that "Hip-hop from the beginning has always been aspirational." The statement has not only rung true for Jay-Z, but for those who have written about him.

“Jay-Z’s journey is the modern-day embodiment of the American dream,” Zack O’Malley Greenburg, author of Empire State of Mind: How Jay-Z Went from Street Corner to Corner Office told Vibe. “His ascent offers an invaluable blueprint and inspiration to the next generation of entrepreneurs.”

The news of Jay-Z's billionaire status was well received by his fans, who posted on social media to celebrate. Everyone from 50 Cent to Wendy Williams to NFL players offered their congratulations.

Some even found the news to be inspiring. "Jay-Z became a billionaire today and he began that journey at the age of 26. He’s now 49. Don’t let NOBODY tell you it’s too late," another user wrote.

Jay-Z and Beyoncé have yet to publicly comment on the news – but given everything that they are involved with and invested in, they're both probably a bit busy.