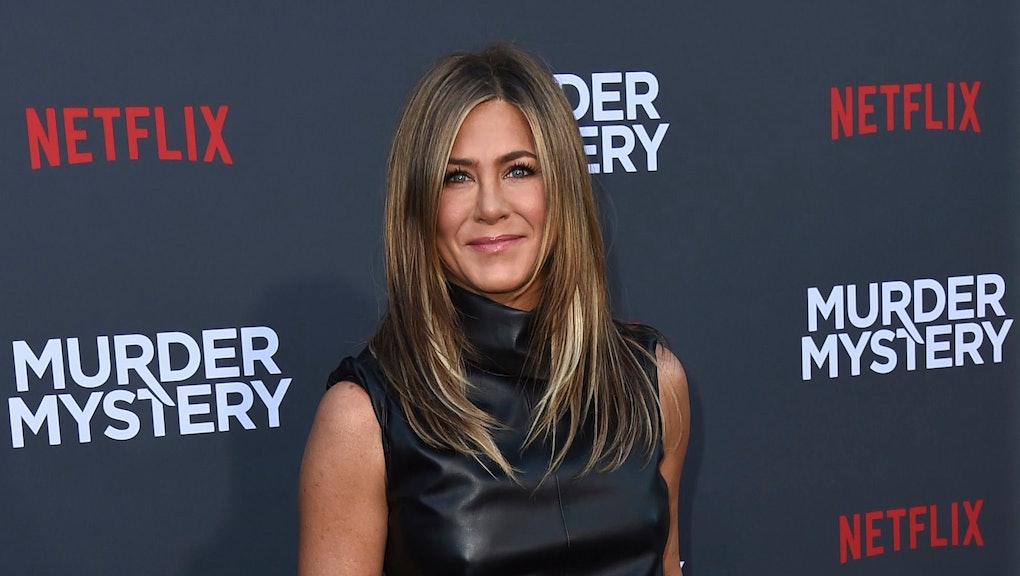 Beauty! What is it? The question has plagued philosophers and marketers for eons. According to the minds behind the latest beauty issue of InStyle, it can be defined by their Babe Eternal, Jennifer Aniston. The photoshoot for the magazine’s Beauty Issue is meant to serve as a tribute some iconic beauty looks from the 60s and 70s, while Aniston reflects on her life as one of America’s modern icons of beauty.

The cover is tied to the 25th anniversary of Friends, a television show that seems to have an ironclad grasp on American nostalgia. Aniston was, for much of the 90s and the early 2000s, considered to be the It Girl. Hair salons reportedly went through every iteration of Aniston’s character Rachel’s hair cuts. There was actual controversy when she dyed her hair darker. So, setting such a beauty icon into the looks of previous trendsetters makes perfect sense for an expansive issue dedicated to the topic.

In the photos, Aniston can be seen wearing big, teased up hair, preppy ponytails, a chic and oversized suit, and for the cover, a perhaps too dramatic spray tan. The intention was to pay tribute to very specific beauty moments — but clearly someone overlooked a glaring detail. Aniston appeared to be almost comically (and possibly offensively) darker than she normally does. The spray-tanned and heavily retouched cover photo has since drummed up a lot of attention online — and not because people were blown away by the similarities to that of the 1960s german model and Countess Veruschka von Lehndorff.

Rather, everyone seems to be wondering: Why on earth did they do that?

The photo is as jarring as it is unnatural looking. Aniston has been retouched within an inch of her life. Not only has her skin tone been severely altered, but every trace of her real, human skin also seems to be airbrushed away. It feels particularly odd in contrast with Aniston’s own statements within the article.

"Power feels sexy to me today, as does women's intelligence and how capable and creative they are,” Aniston said.

In comparison to her cover photos, Aniston’s wax figure might be more true to what she actually looks like. And none of this is new, of course; precisely the opposite. The retouching, the fake tans, they are par for the course — a beauty issue seemingly celebrating everything that’s not real on a woman. But that’s also why it’s infuriating; we’ve been over this all. So. Many. Times.