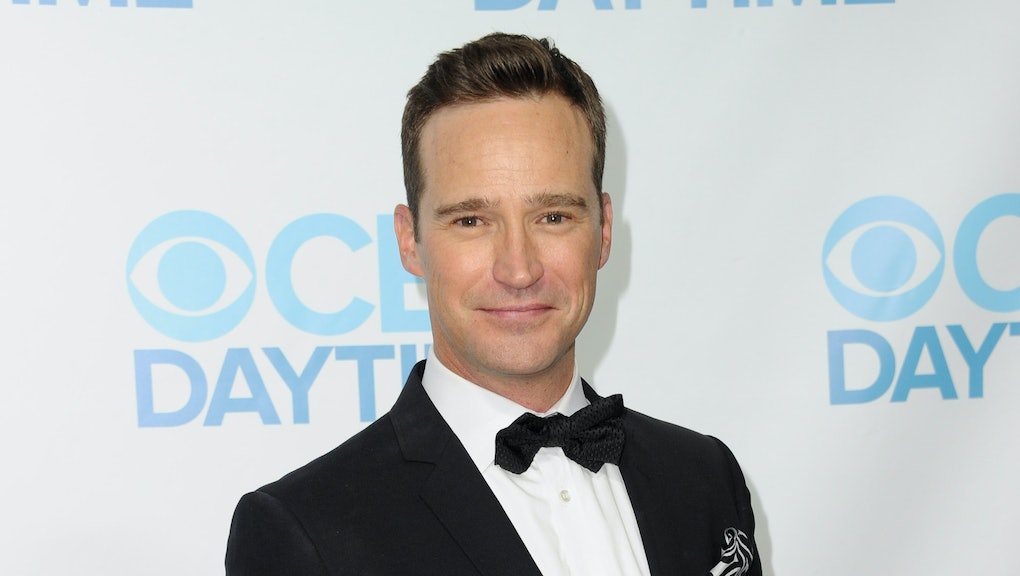 'Jeopardy!' executive producer Mike Richards just might be The One

Before Alex Trebek was even in the ground, betting markets began to speculate on his successor. You had your obvious, long-rumored choices — Ken Jennings, who just took hosting duties for six weeks, and George Stephanopoulos — along with the more left-field contenders. (Joe Rogan! Nick Cannon! Donald Trump??) One guy who didn’t appear on most of those lists, executive producer Mike Richards, recently stepped in to begin an unplanned two-week hosting run, and he might just be the man for the job.

A game-show veteran who previously hosted Game Show Network’s The Pyramid and Divided, along with Beauty and the Geek on the WB, Richards has been well around the biggest game shows on television. Although he’s landed a few hosting gigs, Richards has primarily been a producer on the game-show titans, including The Price Is Right and Who Wants to Be a Millionaire? He came on board as an executive producer for Jeopardy! and Wheel of Fortune at the start of Trebek’s final season, taking over for longtime executive producer Harry Friedman, who oversaw a whopping 5,500 combined episodes of those syndicated series.

So, the guy’s right at home in this world. Reportedly a finalist to take over for Bob Barker on The Price Is Right, Richards has once again emerged as a dark horse to take over for a beloved institution. After Jennings completed his six-week run as interim host, Jeopardy! reportedly had trouble corralling some of its high-profile names (Katie Couric, Aaron Rodgers, etc.) to fill in, so Richards stepped in for a two-week stint that began Monday. If early fan reactions are any indication, he’s going over extremely well with the type of person who shares their opinions about game show hosts on the internet.

I’ve seen most of his first two episodes, along with hazy memories of some Pyramid reruns, and might be coming around to the Richards evangelicals. Charming, good-looking, and lending a sort of anonymous polish to the proceedings, he seems to honor the central tenet of the show. “It’s about making people that are smart the most important people in the room, and I just think it’s so important to keep that going and to continue Alex’s legacy,” he said in an on-set interview. There’s the issue of swapping Trebek’s knowing deadpan for a more overtly vanilla, playful MC — which you wouldn’t expect Richards to mirror in his earliest episodes — but maybe the next iteration of Jeopardy! doesn’t really need to be about the host.

Onscreen presence aside, the parallels to Trebek’s broadcast history are tough to ignore. Before hosting Jeopardy!, Trebek hosted a number of smaller-scale network game shows that didn’t elevate him to the status of household name, but certainly made him a presence on American TV. Trebek was 44 at the time of joining Jeopardy!; Richards is 45. “He was an idol of mine, and I will work every day to try to live up to the example he set,” Richards said of Trebek at the top of his first guest-hosting gig.

Jennings remains in pole position to take the job — most betting sites have him as a strong favorite, with one adding “Mike Richards (Not Kramer)” in fifth place — and every indicator points to him keeping it. His extensive trial run and preemptive apology for offensive old posts certainly would position Jennings as the front-runner — it’s possible the show’s producers have already made up their minds on Jennings taking the torch — but if the interim window really is a mere test period, maybe there’s room for Richards to climb.

Although he began his run with some palpable jitters and discomfort on the hosting side, Jennings eased into the role, bringing a level of expertise and reverence to the game that few other candidates could offer. But along with Couric, Stephanopoulos, Dr. Oz, and some of the other interim hosts, Jennings is a known and polarizing enough figure to rankle in the way Trebek never did. Whether it’s Jennings or Richards, you can be sure either has an intimate appreciation for Trebek and the show’s mission, but maybe the safest path forward is the one no one’s considered before this week.