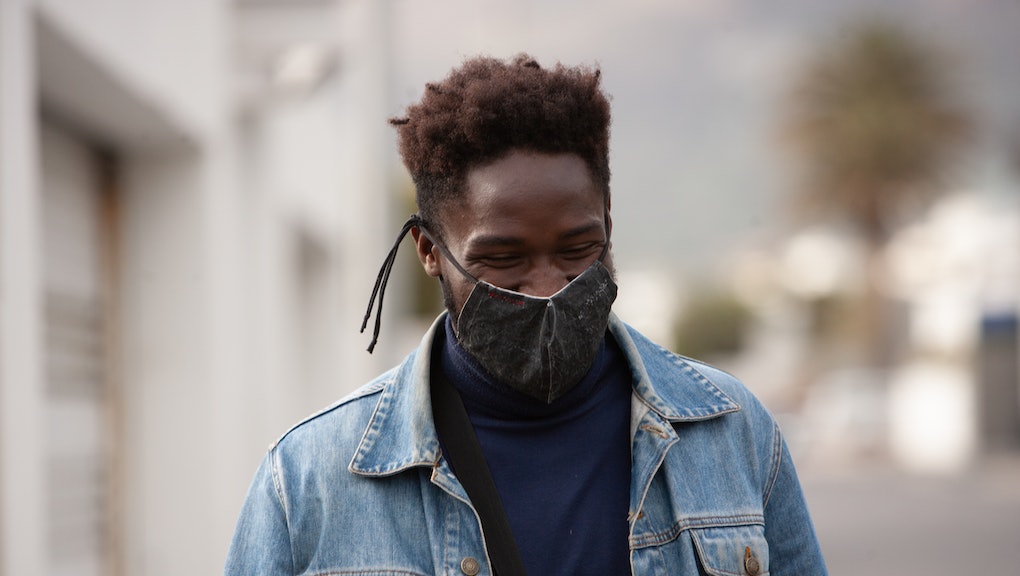 Joy during a pandemic? How 6 people found happiness this past year

A year ago, the World Health Organization declared COVID-19 an official pandemic. Most of us figured we were going into a few weeks of solitude, but here we are now, only just beginning to imagine an end. To say that the past year has ravaged our sense of stability is an understatement; so many of us have been deeply shaken from the loss and anxiety of it all. Still, embedded into the long, uncertain days were glistening moments of hope and happiness. To put it simply, those moments saved some of us and they’re worth shouting about from the rooftop. Here are some of our favorite unexpected ways people found joy during the pandemic.

For better or worse, almost everyone I spoke to learned to slow down, or they learned that slowing down was actually an option. “I stopped feeling bad about the fact that I wasn’t at a place in my life that I felt I should be or that my peers were doing better than I was,” says Dolores Renee, a 27-year-old fashion blogger in Chicago told me. Once she had some time and big-picture perspective, Renne learned to deal with the dreaded imposter syndrome that plagues so many BIPOC people, and felt motivated to carve out a space for herself in the fashion world.

“I felt like I had to claw my way into the game,” Renee tells me. “It is very hard to try to thrive in an environment that is historically not in favor of women of color,” Renee tells me. “I needed to feel like I belong in the online space regardless whether I see people that look exactly like me or not,” Renee says. “I refuse — pandemic or not — to be held back from all of the success I know my hard work can bring.” For Renee, this realization catapulted her into a success she hadn’t anticipated.

In fact, several people told of career changes that were provoked by the pandemic. “I found joy by learning a new skill, in aerial photography and videography through my drone,” Kim Hawk, a 35-year-old drone pilot in Atlanta, tells me. Hawk says that learning these skills was satisfying and that it also gave her a way to have unexpected adventures during lockdown. “I explored my city from the ‘eye’ of my drone and captured awesome footage,” she explains. Drone photography gave Hawk a way to get out of the house (without even getting out of the house) and building up her unique skill set gave her a leg-up in an otherwise white male dominated industry.

“It feels great to be able to add such a rare title of being a Black female drone pilot,” Hawk says. It’s also very inspiring to see WOC of color taking over creative industries that are so new that some of us — ahem — weren’t even aware of them. I wonder if I can hire Hawk to take a distance portrait of me and my fur family. Is it the future now?

And the creativity didn’t stop there. So many of us relied on the gym for a big portion of our endorphins, and had to really innovate when it came to chasing that satisfying, invigorating workout buzz. “We have some parks under the bridge in Astoria and one of them has an old-school jumbo gym for adults to work out,” says Kevin Mejia, 29, a Queens resident in public relations. “So I took my workout routine outside whenever the weather allowed for it and enjoyed it a lot. I love the gym so I rarely worked out outside. When I did, I was able to learn a lot more about my body and certain movements that I might not have otherwise.”

Mejia says it was an upper for this social life too, as he got to spend time with other like-minded people in Astoria who were doing the same thing. “It was as if there were gym pop-ups all over the neighborhood,” he says. “It was a nice way to socialize safely and become more involved in the community. I also altered my eating habits — it was my pandemic glow-up and it felt amazing.”

Some of us had a very different kind of glow-up. Angela Daniels, a 34-year-old communications manager in New Jersey, found out she was pregnant with her second child during the second week of lockdown. Her first pregnancy had been difficult, partially because her work is really demanding. That hustle took a toll on her, and she fainted twice on the train during her commute to work.

One of the biggest benefits of working remotely during the pandemic, Daniels says, was getting to treat this pregnancy a little differently. “I could nap. I could be at home and prop my feet up. I got to enjoy being pregnant,” Daniels says. “I actually felt sexy and I think it had a lot to do with stillness and rest.” Well, definitely something is working, because Daniels makes pregnancy look like it might be better than Botox in terms of thirst trap appeal.

For some people, the isolation of the pandemic forced them to reckon with long-standing barriers to growth. Blanca Pineda, a 24-year-old actor in Los Angeles, tried therapy (over Zoom) for the first time — and was diagnosed with ADHD. At first, Pineda says, the diagnosis freaked her out, but it also addressed a lot of ongoing issues she’d been facing for years, but brushed off because she thought it was just part of her personality. She started taking medication, and while it helped, what really made the difference for her was a shift in perspective.

“Learning how to turn what I viewed as weaknesses into strengths has been so valuable,” says Pineda. “Getting help that I had put off for years has changed my life...I don’t know if I’ve made it quite to the ‘joy’ level of things but what I can say is that I’m much closer than I was a year ago.”

Truly, sometimes happiness means just escaping stress for a few minutes. “As an executive, a woman of color, and toddler-mom working remotely, I have found this past year to be incredibly difficult,” Cierra Mangal, a 34-year-old marketing director in Detroit, tells me. Her city was among the hardest hit by COVID-19, and Mangal has found herself in a lot of difficult positions this year and doing a lot of extra emotional labor. “From the horrible disproportionate impact of COVID-19 on the Black community, the insurrection on Capitol Hill and a refocused lens on racial injustice, this has been a time like none other,” she says.

What really saved her this year is TikTok. “Yes, that’s right,” she says. “Tik-Tok has been my saving grace through these challenging months.“ From silly new dance challenges to learn to non-expert advice given from other millennials in similar positions, Tik-Tok has sparked joy and provided relief to one of the most challenging seasons of my life.”

This fills my heart with joy, because I basically spent the pandemic napping, sweeping, and trying to find the most hilarious queer influencers on Tik Tok. Mangal’s words remind me that finding small pleasures that bring joy may be one of the things that makes high achieving capable of making such big impacts on the world. And while Tik Toks may seem frivolous to some, they may help the rest of us survive smiling.

More like this
Should vaccinated people wear masks indoors?
By Peter Chin-Hong
No, the COVID-19 vaccine doesn't mess with your fertility. But COVID-19 can
By Ranjith Ramasamy
Why our Hot Vax Summer has been lukewarm, at best
By Melissa Pandika
Stay up to date