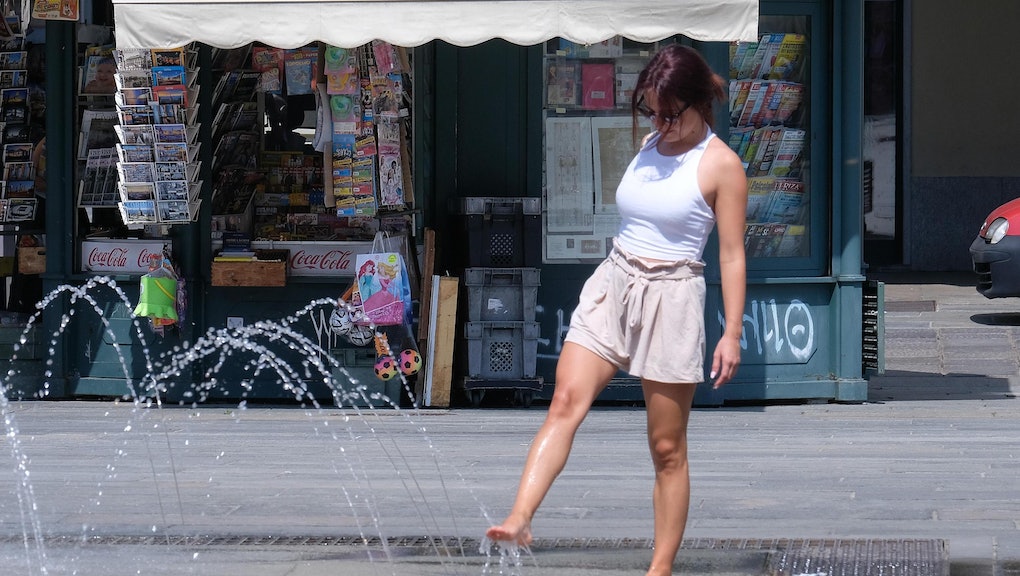 June 2019 is hottest June ever recorded, according to European satellite agency

If you've been feeling a little hotter under the collar than usual, you haven't been imagining things. This past month reached some particularly alarming temperatures. On June 10, Delhi, India alone reached an all-time high of 48 degrees Celsius (about 118 degrees Fahrenheit). On June 27, Germany, Poland, and the Czech Republic recorded their highest temperatures ever for June, with temperatures routinely above 40 degrees Celsius. According to the European Centre for Medium-Range Weather Forecasts on the EU's behalf, it was the hottest June ever recorded.

So yes, it's getting hotter in here, and no, it's not just you. In fact, climate scientists say that the entire planet is around 1°C hotter today than it was two centuries ago.

"Although it is difficult to directly attribute this heat wave to climate change, such extreme weather events are expected to become more common as the planet continues to warm under increasing greenhouse gas concentrations," according to CNN.

The University of Reading's Professor Hannah Cloke responded the way many of us might after hearing the actual numbers associated with the blistering heat of June.

“We knew June was hot in Europe, but this study shows that temperature records haven’t just been broken. They have been obliterated," she said. “This is the hottest June on record in Europe by a country mile, and the warmest June we have ever seen globally.:

Temperatures across the U.S. have yet to be released to the public just yet, but perhaps the federal government isn't the best place to start when looking for ways to quantify the type of climate changes we're seeing right in front of our very eyes. The Trump administration has been working diligently to remove mentions of "climate change" from official government websites and reports, and in fact Trump has hired individuals to argue against the very idea of climate change itself.

But it's hard to ignore the evidence that our environment is indeed getting hotter when it's staring us right in the face.

"Most of us know that this is going to affect us in our lifetimes – it’s not just something that might happen in the future," said climate crisis advocate Greta Thunberg in conversation with Alexandria Ocasio-Cortez via The Guardian. "It’s already here and it’s going to get worse, and many of us understand that this is going to make our lives much worse."

It's already begun – but with the proper initiatives, we could still potentially make a change. The most important thing is that it's not too late. We're only a few days into July, with temperatures that appear to be following similar trends as part of a prolonged heatwave that's here to stay for quite some time. With that in mind, it's possible we may need to prepare for another record-breaking month.

More like this
Biden's pledges aren't enough to avoid the worst effects of climate change, new study says
By AJ Dellinger
7 climate podcasts to help you make sense of the future
By AJ Dellinger
Pandora, the world's largest jewelry company, will no longer use mined diamonds
By Vanessa Taylor
Stay up to date