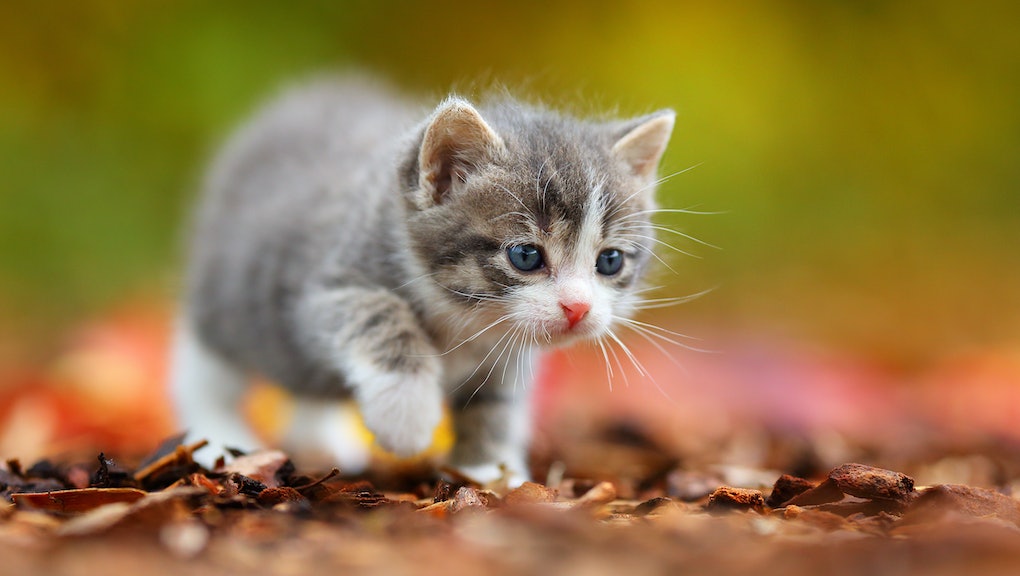 Just click the kitty: 10 photos of adorable animals to soothe your election anxiety

Look, we all know what Tuesday is. It's a day that we have been nervously anticipating for, well, about four years now. The next 24 to 72 hours (or next few weeks or months or, gulp, years) are going to be absolutely exhausting.

You need a break. We all need a break. And while this runaway train isn't going to come to a stop any time soon, we can at least all take a deep breath and, for a few minutes, or for as long as you need, enjoy this collection of cute animal pictures and interesting animal facts that will hopefully allow you to think about basically anything other than the el*ction.

Pigeons can tell the difference between paintings done by Pablo Picasso and Claude Monet with more than 90 percent accuracy. However, most pigeons say they prefer the works of Banksy over both. There's no accounting for taste!

Young goats can pick up the accent of other goats, much like humans often adopt the local accent when they move to a new place.

Dolphins can call each other by "name." They have unique whistle sounds that they use to identify each other. Though it is very embarrassing when they forget a friend's whistle sound and have to ask.

Snails can sleep for three years straight. That's nearly a long enough period of hibernation to get you through an entire presidential administration, in case that's ever a thing that you want to do for whatever reason!

Koalas have fingerprints that are so similar to human prints that law enforcement officials in Australia have expressed concern that the creatures could taint a crime scene.

Humpback whales have their own version of hit songs. Mating tunes can catch on among the creatures and spread among communities.

Horses can make different facial expressions and use them to communicate. So if you catch a horse rolling its eyes at you behind its back, you probably did something cringeworthy.

Baby elephants suck on their trunks to comfort themselves, much like baby humans do with their thumbs. There may also be a significant number of adults sucking on their thumbs Tuesday evening!

Though it is sadly extinct, there was once a species of giant penguin known as the Colossus that stood as tall as 6' 8". That's about the same height as LeBron James, though the penguins didn't have nearly as good court vision.