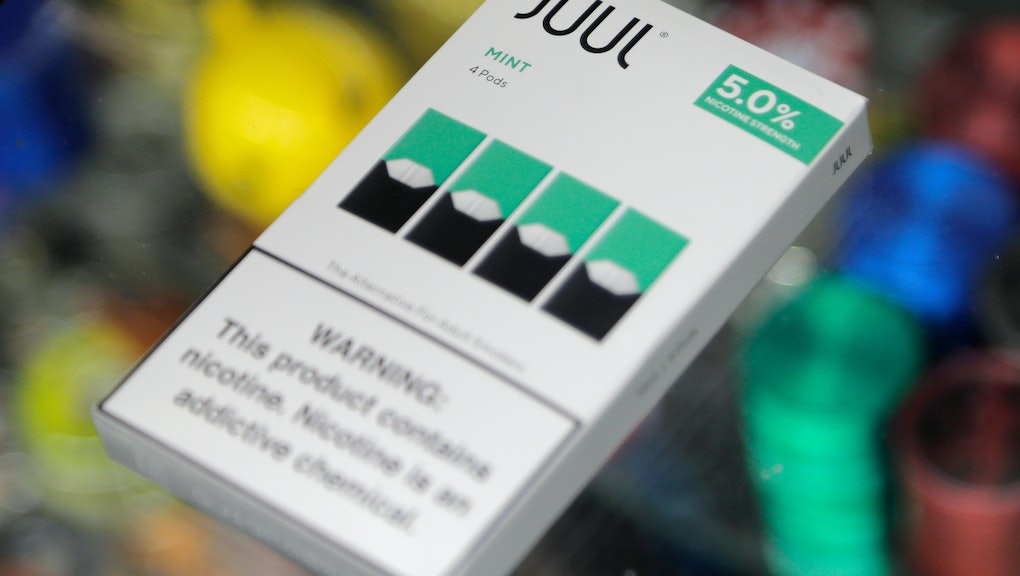 To date, 1,604 cases of illness and 34 deaths have been linked to vaping, according to the CDC. While the country is in the midst of vaping panic, we seemed to be appeased by the fact that that big name "reputable brands" are safe. Juul, one of the most popular manufacturers of e-cigs, continues to market its products as a healthier alternative to cigarettes, but it’s becoming evident that there are layers to that claim.

As far as our current vaping panic, it’s not just back alley THC vape bootleggers that we need to worry about. On Tuesday, former Juul executive Siddharth Breja, filed a lawsuit claiming that the company knowingly sold over a million potentially contaminated vape pods and fired him for calling them out.

Juul has come under a lot of fire lately for strategically marketing its products to young people — not regular cigarette smokers who want to quit, as the company has claimed its devices do — when scientists are still unsure about the safety of vapes. In September, FDA issued Juul a warning in September that they could not legally claim their products are healthier than smoking. But the reality is that big corporate vape mongers will probably continue to capitalize on nicotine addiction until they get hit in the profit margin.

In this particular case, if the claims are all true, Juul explicitly risked the health and safety of these young people, many of whom started vaping without ever having a smoking habit that they needed to quit. The lawsuit claims that former CEO Kevin Burns stated, “Half our customers are drunk and vaping like mo-fos, who the fuck is going to notice the quality of our pods,” Buzzfeed News reported. Besides the fact that the company is apparently run by incorrigible bro-dudes, here’s what you need to know about this new lawsuit and its implications on vape culture.