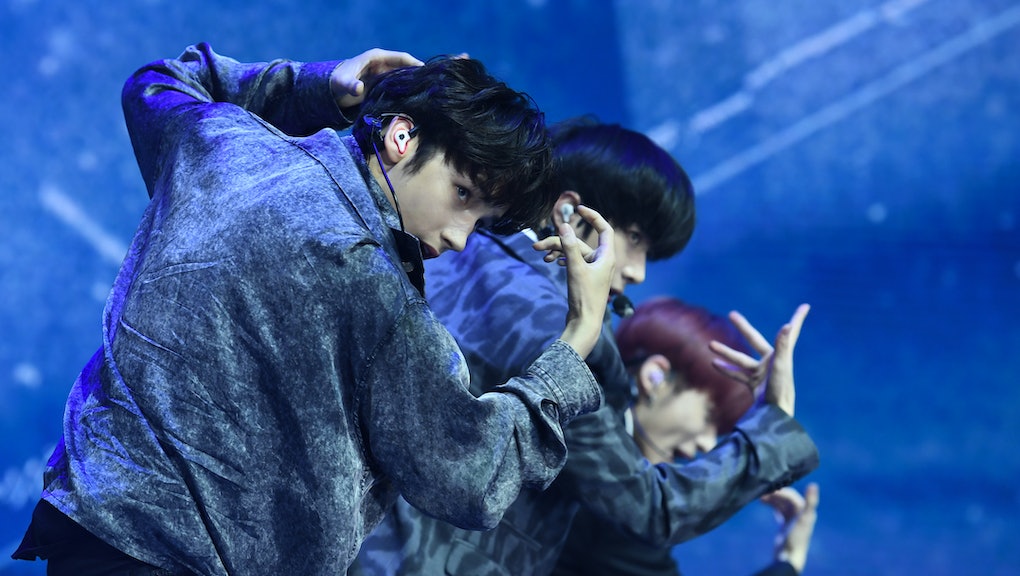 If you woke up Wednesday morning, alarmed to see hashtags like #WhiteoutWednesday, #BlueLivesMatter, or #WhiteLivesMatter trending nationwide on Twitter, it wasn’t exactly as it appeared. K-pop stans, among the most vigilant and well-organized internet subcultures, have been overwhelming white supremacist and pro-cop causes with memes and videos of their favorite artists.

Take a scroll through and you’ll see any number of gifs and fancams of BTS, right alongside pictures of BIC Wite-Out fluid and, in some cases, Bernie Sanders highlight reels. It’s a strange sensation, seeing the virality of these flood out hate speech from ascending to the top, since Twitter does a notoriously poor job of monitoring that on its own. The Verge compiled an illustrative gif of the #BlueLivesMatter Instagram hashtag, which amounts to a dizzying mix of K-pop videos, anime, and posts about Anonymous. Aside from the stray pro-cop post, it’s overwhelmingly made up of decoys.

The stans haven’t just limited their tactics to public social media accounts. On Sunday, the Dallas Police Department solicited videos from the public capturing “illegal activity from the protests” through a specialized app called iWatch Dallas. Instead of selling out protesters through what’s effectively a state-sponsored Nextdoor, K-pop fans overflowed the app and the department’s tweets promoting it with performance reels and anime gifs. The Dallas PD announced in a tweet that “due to technical difficulties iWatch Dallas app will be down temporarily.”

In the ensuing days, K-pop stans flooded the Philadelphia, Grand Rapids, and Kirkland authorities with BTS and Blackpink footage much in the same way. The Philadelphia Fire Department sought videos of protesters setting fires, and the Kirkland Police Department tried to corral videos of rioting and looting under the #calminkirkland hashtag. But recognizing an opportunity for police to further identify and surveil protesters, K-pop stans have again overwhelmingly populated it with fancam footage. The Grand Rapids Police set up a similar video portal to Dallas, which was met with another floor of fancam footage.

Clogging up white nationalist hashtags and police surveillance in this way is effectively the inverse to what happened on Blackout Tuesday, when the flurry of black boxes on Instagram overwhelmed useful information from activists under the #BlackLivesMatter hashtag. Besides being an easy way for corporate and individual social media users to say nothing of substance, it dilutes organizing tactics and concrete ways in which Black voices could otherwise be amplified. K-pop stans, ever diligent in causing trouble for their enemies, understand that making life harder for your enemies is of far greater value than seizing attention from your allies.