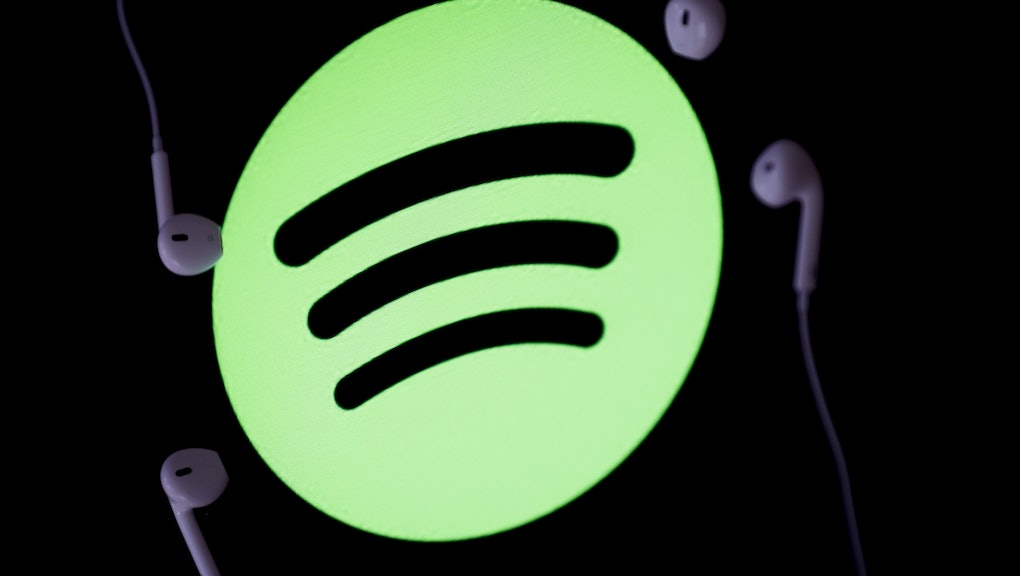 Over the weekend, messages of solidarity that skirt around the specific mentions of racism flourished on social media. Today's Music Industry Blackout extended the situation beyond the walls of specific social channels. Started by two black women music executives under the name The Show Must Be Paused, the industry-wide stoppage morphed into an excuse for major labels to essentially take a day off, offer vague platitudes, and in a few cases, point to causes worth donating.

A number of streaming services have elected to “go dark” or insert moments of silence spanning 8 minutes and 46 seconds into their programming, to mirror the duration of time Derek Chauvin kneeled on Floyd’s neck. Spotify will be adding the moment of silence to a select number of playlists and podcasts, in addition to matching employee donations to organizations “focused on the fight against racism; injustice; inequity,” per a press release. As a refresher, Spotify pays artists, songwriters, labels, and rights holders between $0.006 and $0.0084 per stream to divvy up.

Quibi, a company that was pretty much in freefall on arrival, will also “go dark” for 8 minutes and 46 seconds on Tuesday to remember Floyd’s death. It’s unclear how a streaming service with on-demand content — not streaming on a continuous 24 hour broadcast — intends to impose this on viewers, which totaled just 1.3 million active users as of May 11.

I was skeptical upon seeing that Nickelodeon was joining CBS and its Viacom partners in the 8:46 blackout, but they took on a surprisingly unflinching approach for a kids network. Besides signal boosting black artists and illustrators from the Nickelodeon Animation Twitter account to their recruitment team, the network didn’t dilute the message in its on-air blackout. The clip repeatedly flashed “I can’t breathe” up on the screen, before urging viewers to join Color of Change in seeking demands from public officials.

This felt like a nearly unprecedented approach for a children’s station — to not turn away from the last words of a black man dying at the hands of police — while many of their grown-up analogues are pledging for vague notions of inclusion and unity. It’s possible to smuggle a meaningful or striking message into these somber tributes, but many of them present a meandering approach to the issues at hand.

More like this
Queen Rihanna marched with the people against Asian hate this weekend
By Kara Weisenstein
'Exterminate All the Brutes' is a messy, ambitious documentary that ties together genocide, white supremacy, colonialism ... and Josh Hartnett?
By Nicholas Russell
March Madness might be over, but the fight for gender justice continues
By Lindsey Darvin, Anita M. Moorman and Ann Pegoraro
Stay up to date