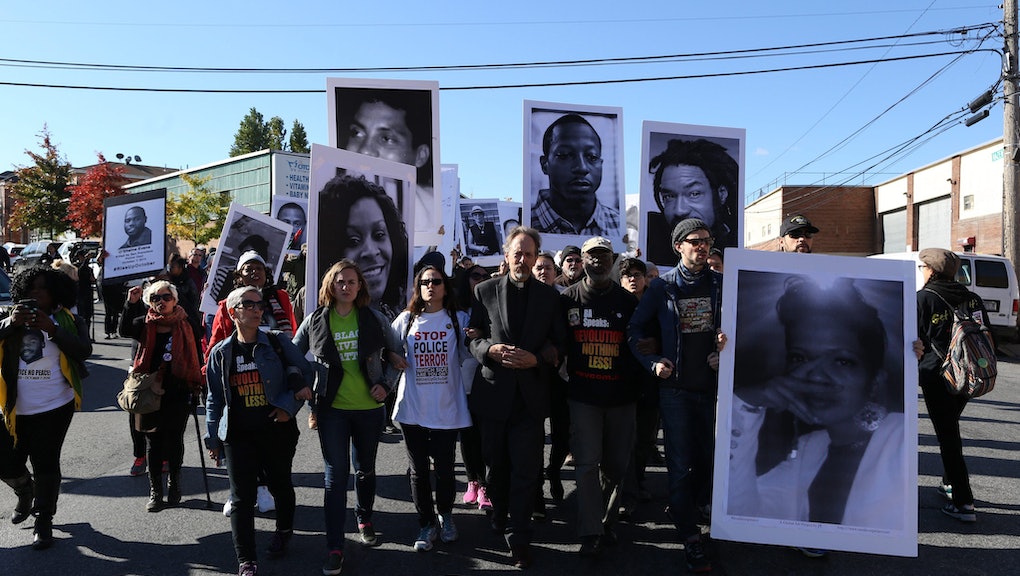 Kalief Browder was 16 in 2010, when he was arrested by police on suspicion of stealing a backpack. He was then held on Rikers Island for three years, without ever being convicted of a crime. Two of the years of Browder's imprisonment were spent in solitary confinement. His bail was $3,000 but his family couldn't afford to pay it.

On June 6, 2015, approximately two years after his release, Browder died by suicide at his home in the Bronx. He was just 22 years old. The experiences he endured in Rikers permanently haunted him. "I’m mentally scarred right now," Browder told the New Yorker in 2014. "That’s how I feel. Because there are certain things that changed about me and they might not go back.”

“I feel like I was robbed of my happiness," Browder said, of his time in Rikers.

Browder's story catalyzed change. Everyone from Senator Rand Paul to Jay-Z became invested in what happened to Browder. His incarceration and suicide showed just how much was wrong with New York City's criminal justice system. His brother, Akeem Browder, campaigned for bail reform in his name — primarily to end the practice of cash bail, which is what keeps people who have been charged but not convicted of a crime in jail if they cannot afford to pay for their freedom.

With the tireless work of activists, public advocates, and several different organizations, cash bail was partially eliminated in 2019 in New York. It is tremendous progress, and a testament to the power of Kalief Browder's story, and the organizing his brother did in his name. But, on the fourth anniversary of his death, there are still strides to be made in reforming the cash bail system.

In a phone call, Mic spoke with Rena Karefa-Johnson, the New York Director of Criminal Justice Reform at FWD. Before Karefa-Johnson started working at FWD, she worked at Rikers, primarily with 16- and 17-year-olds who were incarcerated, like Kalief Browder. Karefa-Johnson also connected the injustice of cash bail to another case: the boys who came to be known as the Central Park Five. She broke down what cash bail is, how it hurts people of color and poor people, and what is still left to be done in repealing cash bail.

What is cash bail? And why is it harmful?

Cash bail, or money bail, is just a mechanism by which folks are basically asked to buy their own freedom. You're accused of a crime. Oftentimes there's not really any evidence against you. The first thing that happens after you get arrested is you go in front of a judge. The judge decides whether or not to allow you to go home and await your trial at home or whether or not to set bail on your case, meaning that you have to pay money in order to be able to go home and if you can't pay money, you're incarcerated.

The reason why that's extraordinarily harmful is because it creates a system of wealth- and race-based detention. Our constitution guarantees the presumption of innocence. You're supposed to be innocent until proven guilty but what money bail does is robs that from folks who cannot afford to buy their way out of jail, and makes it so that we have a kind of two-tiered system where if you can afford to await your trial at home then you actually get a presumption of innocence. You get to await your trial at home with your family. The prosecutor actually has to prove the case against you without having extra coercive tools.

If you don't have money, if you're poor, and if you're black or brown, before you can go home, you're incarcerated and you do not have the presumption of innocence. You're going to jail as a punishment. You're subject to extraordinary amounts of violence. The prosecutor has all of this new leverage against you now because basically you're awaiting your trial locked up. So folks are much more likely to take bad plea deals or are much more likely to say that they did something that they didn't do if they think that that will help them get out of jail faster.

In the last year, there has been a lot momentum in New York to end cash bail, but it still exists. What progress is there still to be made?

Nationally, as far as elevating the narrative, we've gotten really, really far. I think the fact that people are even familiar with cash bail is a testament to the organizers and the activists on the ground who have been using money bail and pretrial detention as a mechanism to explain what's wrong with our criminal justice system and why we need to completely rethink the way that we do things. As of right now, we're just allowing prosecutors and law enforcement and the justice system to continue to target and prey on poor and black and brown people. So I think we've come a far way in just recognizing that it's a problem that is unjust.

In New York specifically, this year we took a big step forward after a few years of really dedicated pushing from a coalition of advocates. New York passed a package of reforms that make changes to its pretrial system including its bail system. Basically what it did is it eliminated money bail for a pretty big swath of crimes. Most misdemeanors, not including some sex offender misdemeanors and most non-violent felonies, now are no longer eligible for bail.

The leap that New York made in getting a huge swath of people even out of eligibility to be detained. In those ways, New York can and should kind of be proud of itself for moving forward. But I just want to make very clear that New York needs to come back and fulfill its promise to itself and end money bail entirely and I think that only once we do that, we can really be seen as a model legislation for the rest of the country. Pretrial freedom should be the rule and that should be true whether or not you're charged with something serious and scary because that is what the presumption of innocence requires.

Two real, really important kind of illustrative stories that explain why we need to do that are Kalief Browder's story and the story of the Central Park Five. I think Kalief Browder is really the beating heart of the pretrial reform movement. It was the horrors that he endured, the bravery that he showed in telling his story and withstanding all of that time on Rikers Island, and the tragic end to his life that in a lot of ways kind of shook up folks who didn't know about this or decision makers who had been willing to look in the other direction and felt that bearing witness to Kalief made it undeniable that this was something that we have to fix.

A lot of the pushback to ending cash bail, and to reforming the criminal justice system more broadly, has been through the use of fear-based language. As an organizer, how do you respond to the fears that helped to expand the mass incarceration system?

So the first thing to recognize is that, if we just look into our past, we can very easily see that this has been a tool that is used to manipulate us and when we have the benefit of hindsight, we recognize that those narratives weren't true. It's the oldest trick in the book. It's almost always a black or brown boogeyman of this scary violent criminal — and then they're used to trump up this enthusiasm for extraordinarily punitive harmful criminal justice measures. It's usually a hypothetical person. But sometimes, it's a real, outlying person and then lawmakers say: "Oh we need these policies to protect us from this person."

I think that the main thing to explain to people is A) the vast, vast majority of the people that are going through the criminal justice system do not look like that person. So the people that are asking us to make decisions based on that know good and well that these policies are not going to be used largely on people like the boogeyman they've conjured. But they want to continue to have power and discretion to lock up and harshly sentence black and brown and poor people so they use that as a tool to manipulate the masses into thinking that this is what it takes to make them safe. Which brings me to my second point which is that incarceration does not lead to public safety. I think the sooner we can internalize that truth, the faster we can kind of undo the mess that we've gotten ourselves in.

Where do you see the movement to end cash bail and reform criminal justice in five years?

I can tell you what I hope for. I think we're in a trajectory where folks are going to ask for an end to pretrial jailing or pretrial detention in general. I think that that is something that folks can come from across party lines, from across thoughts about the criminal justice system. They can come together and say you have a presumption of innocence. And that is something that means something. The state should not be able to unilaterally invoke a power to detain you without proving a case against you. And I think that if we are in place in five years where pretrial jailing is a relic ,or at least done very rarely that will have a huge impact.

In New York specifically, the reason why we work in pretrial reform here [is] because two out of three people in New York jails are there pretrial. So they're legally innocent. So when we're talking about people that are incarcerated in jail, pretrial jailing is a huge way to shrink the jail population and hopefully lead to an argument for more jail closures and shrink the capacity of our carceral state in general.

That's a positive thing that I see down the line and that I hope for. I think the thing to look out for is the expansion of e-carceration or electronic monitoring and surveillance.

To learn more about FWD US's work reforming the criminal justice system, visit their website. This interview has been edited and condensed for clarity.

More like this
Why are there protests in Colombia? How a tax proposal ignited decades of unrest
By Ray Levy Uyeda
Kamala Harris's trip to Guatemala highlights Biden's impossible task on immigration
By Vanessa Taylor
Supreme Court justices' political leanings: A guide to the 2021 court
By Vanessa Taylor
Stay up to date