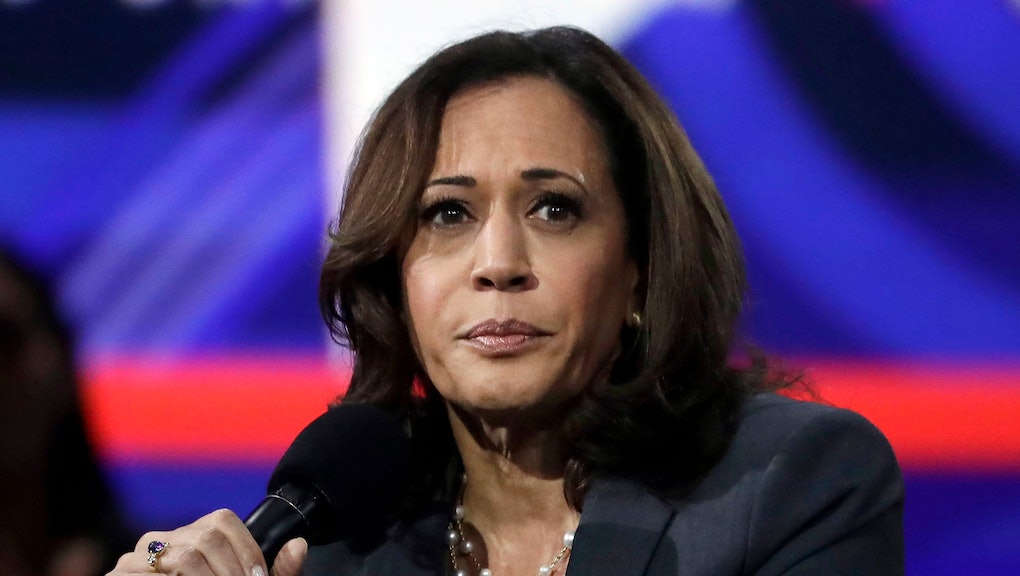 Kamala Harris is dropping out of the presidential race today, she announced on Twitter.

“To my supporters, it is with deep regret—but also with deep gratitude—that I am suspending my campaign today,” Harris wrote in a tweet accompanying a Medium post. “But I want to be clear with you: I will keep fighting every day for what this campaign has been about. Justice for the People. All the people.”

In the post, she explained that she wasn’t able to compete financially, taking a not-so-veiled swipe at the self-funding billionaires Tom Steyer and Michael Bloomberg who have upended the race.

“My campaign for president simply doesn’t have the financial resources we need to continue,” Harris wrote. “I’m not a billionaire. I can’t fund my own campaign. And as the campaign has gone on, it’s become harder and harder to raise the money we need to compete.”

Harris promised not to give up the fight, and listed several issues that she said her campaign was the first to call attention to in the race, including low teacher pay and executive action on gun violence.

She also expressed gratitude to her husband, her staff, and all those who volunteered for her, noting that “this campaign has been so much bigger than me.”

Over the past few months, the Harris campaign floundered as it struggled to carve out a coherent identity. At times she embraced a progressive mantle, while at others, she sought the moderate lane. Ultimately, she never found a home in either.

“Let’s keep fighting for the America we believe in, an America free of injustice,” she concluded. “An America that we know we can be unburdened by what has been.”

More like this
A bogus group of "frontline doctors" is pushing anti-vax propaganda
By AJ Dellinger
Daunte Wright would be alive "if he would've just complied," Minnesota police bigwig says
By Rafi Schwartz
The Florida parties Matt Gaetz allegedly frequented sound just as scummy as you'd imagine
By Rafi Schwartz
Stay up to date