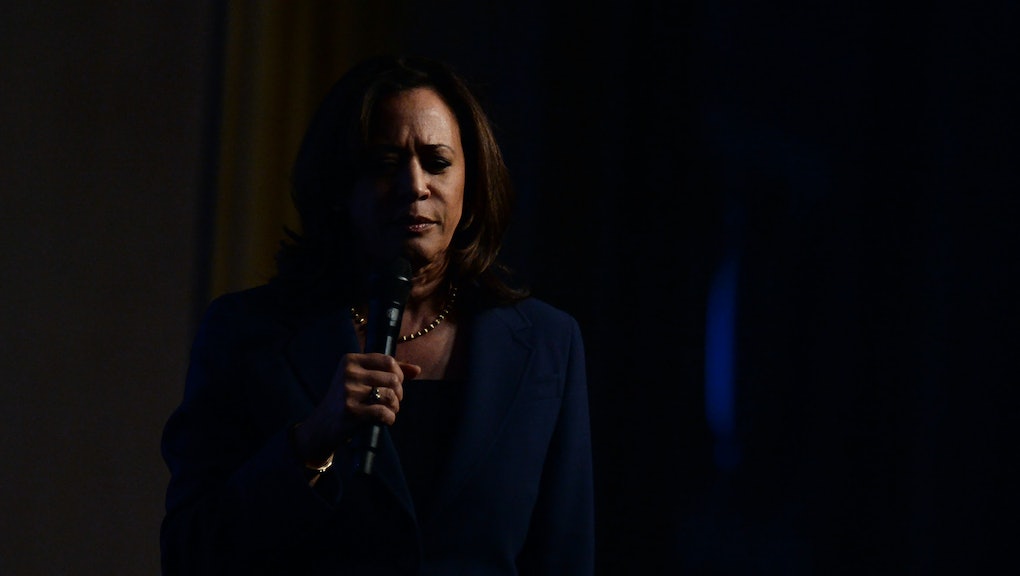 Why has Kamala Harris's 2020 campaign flopped?

It ought to have been Kamala Harris’s race to lose. On paper, she had an undeniably powerful profile: a young, accomplished Black female senator who’s earned several high-profile TV moments over the last few years, like her prosecutorial grilling of then-Judge Brett Kavanaugh during his confirmation hearings to join the Supreme Court. She’d prepared for the 2020 election for years and was widely expected to be a contender in the top tier, able to split the difference between the party’s establishment and young activist wings. Instead, she’ll be limping into Wednesday’s presidential debate as an afterthought, currently in a distant fifth place in the RealClearPolitics polling average with a measly 4.8% support.

What happened? Though her slide from the upper echelon only became apparent over the past few weeks, cracks in the facade were evident from the beginning. Harris seemed to be selecting her approaches to policy based less on her beliefs and more on tactical considerations about the electorate. Take Medicare-for-All, the defining issue of the race so far. Earlier this year, she co-sponsored the Medicare-for-All bill written by Vermont Sen. Bernie Sanders, the most left-wing candidate in the whole race. It’s a piece of legislation that proposes an unambiguous government takeover of healthcare in America, and her endorsement of it seemed to send a message that she was prepared to compete vigorously for the progressive vote.

But after months of avoiding questions about whether she really supported scrapping private insurance entirely, Harris finally released her health care bill in late July, on the eve of the second Democratic debate. She proposed a far more limited version of Medicare-for-All — rather than eliminating private insurance, she carved out plenty of room for the industry to continue. She also proposed a 10-year transition to Medicare-for-All, a length of time that meant actual implementation of her plan would fall to the president who came after her, even if she were to win a second term. For all intents and purposes, her plan was a hedge that didn’t really satisfy any particular constituency: If you like Medicare-for-All, you’ve got Sanders and his closest progressive kin, Massachusetts Sen. Elizabeth Warren; if not, there’s Vice President Joe Biden on TV calling the whole thing “malarkey.” Harris’s plan fell right through the cracks.

Her debate performances also revealed awkward attempts to bridge moderate and progressive positions. She had long portrayed her career as San Francisco district attorney and California attorney general as a positive, talking about how she would “prosecute the case” against President Trump. But the mood in the Democratic Party has shifted towards a full-throated embrace of criminal justice reform. Harris tried to spin her record as one of a “progressive prosecutor,” but many weren’t buying it — and a slew of press coverage exposing her contradictory positions didn’t help.

A detailed New York Times investigation in February explored how “Harris seemed to try to be all things to all people as a district attorney and state attorney general.” For example, as San Fransciso’s district attorney in 2004, she refused to seek the death penalty for a gang member who killed a police officer, claiming the death penalty was immoral and discriminatory. But a decade later, as California’s top cop, she tried to fight a judge’s ruling that the state’s death penalty was unconstitutional. She also prosecuted parents over children’s truancy and aggressively enforced marijuana prosecution, and she often bragged about increasing conviction rates, avoiding the decarceral rhetoric that became prevalent in the Black Lives Matter era. This approach set the table for one of the most trenchant critiques of Harris, which has stuck with her throughout the campaign as a pithy online rejoinder: “Kamala Harris is a cop.”

The phrase sums up what has made Harris a tough sell for many in the primary. In an election where ambitious progressive ideas about radical change have steered the conversation, she’s had difficulty trying to separate herself from the ultimate edifice of the establishment — law enforcement — for which she proudly worked for so long.

In the libertarian magazine Reason, commentator Elizabeth Nolan Brown explained that “the phrase, which the candidate's critics use frequently, is meant to conjure more than just Harris's history as a hard-nosed San Francisco prosecutor. ... A cop, in this context, is someone who will always defer to authority and the status quo, someone who is unaccountable and not to be trusted. Calling someone a cop invokes the worst sorts of police overreach, a legalistic authoritarianism that exists for its own sake.”

This is exactly the criticism that Harris faced in her worst debate moment so far, when she took a bludgeoning from Hawaii Rep. Tulsi Gabbard over her prosecutorial record in July. "Sen. Harris says she's proud of her record as a prosecutor and that she'll be a prosecutor president,” Gabbard said. "But I'm deeply concerned about this record. There are too many examples to cite, but she put over 1,500 people in jail for marijuana violations and then laughed about it when she was asked if she ever smoked marijuana,” she continued, adding, “She blocked evidence that would have freed an innocent man from death row until the courts forced her to do so. She kept people in prison beyond their sentences to use them as cheap labor for the state of California."

This attack exposed one of the fundamental weaknesses in the Harris campaign: In the age of criminal justice reform and Black Lives Matter, when the son of imprisoned Weather Underground members has just won a race for her old job as San Francisco DA on a platform of decarceration, Harris continually bragging about her prosecutorial background seems wildly out of touch. She rose to prominence through the marble halls of establishment courtrooms; they’ve now become an anchor dragging her down.

Her proposals seem to include a baked-in calculation that things will always stay the way they are, and the best we can do is alleviate the pain a bit.

The Harris campaign has continued to flounder. She’s made more headlines for her campaign drama in recent weeks than she has for policy proposals or major speeches. When she has put forward ideas, they’ve largely become swamped in criticism. Case in point: A few weeks ago, Harris introduced a bill to lengthen the school day by three hours. The point is to ease parents’ childcare burden, matching up kids’ schedules with the work day.

"The misalignment between school and work schedules puts working families through unnecessary financial stress — a burden we know is disproportionately shouldered by Black and Latinx families and families with low incomes," announced Catherine Brown, senior fellow at the Center for American Progress, in a press release backing Harris’s proposal. The bill was supported by teachers unions and co-sponsored by progressive champions like Ohio Sen. Sherrod Brown.

But it was immediately met by a chorus of jeers from the online left. “Fuck a longer school day,” wrote Albert Burneko in The Outline, arguing that Harris’s proposal could be boiled down to this deeply uninspiring message: “It’s unduly expensive for working parents to store their children someplace while they finish their workday.” Harris’s plan may address a real issue. But it also captures something about her way of thinking that has left many uninspired. Her proposals seem to include a baked-in calculation that things will always stay the way they are, and the best we can do is alleviate the pain a bit. Sure, we can have Medicare-for-All — but in a decade, with private insurance still involved. Yes, working parents will never be able to afford childcare — but how about we just keep their kids at school for a few more hours? Fine, prosecutors will always wield huge amounts of power — so we might as well levy it against our political enemies.

Harris seems to be trapped in the weeds — proposing stopgap measures, tinkering on the margins — rather than proposing a vision that might dramatically shift the miserable state of affairs in America. In short: She failed to read the room.