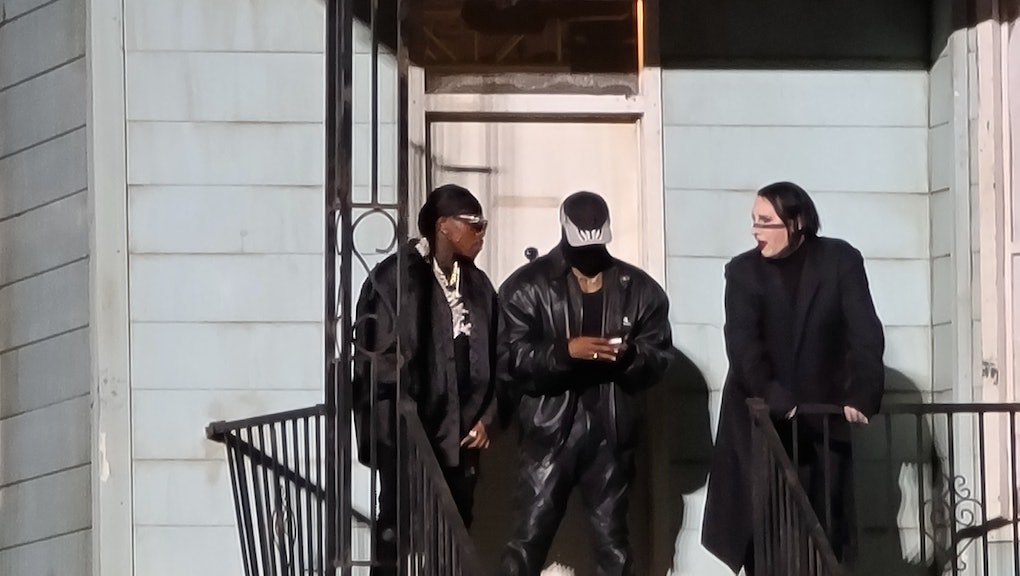 After three stadium-sized listening sessions, crowd sourcing album help on Discord, and multiple different versions of the album digitally passed around with reckless abandon like COVID-19, we finally got our ears on Kanye West's 27-track 10th studio album DONDA. And it was a mess to behold.

After West's initial listening session at Mercedes-Benz Stadium on July 22 was marred by demo tracks stretched to unlistenable lengths to ensconce West in larger than life grandeur, there was this unshakable sense West was creatively unhinged. Then, the second listening session on August 5 was a more comprehensive spectacle featuring pristine quality song mixes, a minimalistic stage setup mirroring the stadium bedroom he let the world watch for weeks, and West himself being risen out of sight to the top of Mercedes-Benz Stadium as if he was being transported to his maker. As unnecessary as the second listening session was for the simple purpose of playing a new album, West's genius was its most cogent and it appeared the early mishandling of the first listening session would be nothing more than a false start rather than a precursor of things to come. Then, Kanye decided to Kanye in the worst way possible.

For either the clout of controversy, misguided Christian forgiveness, or hedonistic loyalty, on August 27 West decided to surprise just under 40,000 in attendance at Chicago's Soldier Field Stadium and (untold numbers of online streamers) by welcoming Marilyn Manson and DaBaby on the steps of his recreated childhood home. Another way to put it is, West brought one man exiled from music festivals for reprehensible homophobia, and another man accused of vile sexual assault, and provided them an international platform of adulation. Oh, and he decided to include them on the album as well, ensuring their misdeeds will be rewarded by being featured on what is projected to being the #1 album in the country.

West lit himself on fire, staged a vow renewal with Kim Kardashian-West decked in a luxurious wedding dress, and had a constant procession of masked performers and vehicles encircling the home. But, those were simply ornaments on a dull centerpiece of a glorified stoop hangout session. And then the album was pushed back, for the third time, to September 3 after originally being slated for release on August 28, right after the third listening session. Each listening session spectacle was followed by an anti-climactic album delay, a sentiment never more prominent than on the day the album was actually released.

For a month, West has seemingly played puppet master with our expectations, meticulously choosing what we see, what we hear, and, in some cases, how we feel about the album. If you wanted to experience DONDA, you had to fall in line with West's masterplan in some form or fashion. Until 8 A.M. ET on Sunday when to everyone's surprise, including West himself, the most anticipated album of the summer was released. The mess began around 2 A.M. on Sunday when West decided to once again use his Instagram feed as a distress signal when he shared photos of a text message conversation between himself and his manager Bu Thiam, wherein Thiam informed him DaBaby nor his manager were responding to requests to clear the "BOP" artist to appear on West's song "Jail." Roughly five hours later, Bu announced DONDA would be released in 30 minutes, a suspicious move given how hands-on West has been with everything DONDA.

Hours later, it appeared that West had answered his fans' prayers for his 10th studio album — and the enigmatic artist claimed his label Universal Music Group released DONDA without his permission, which Variety sources within the label denied. West was rolling out his DONDA Stem Player and potentially squaring off with Drake's Certified Lover Boy on September 3. Once DONDA came to light, the cracks in West's seemingly perfect facade began to crack with Chris Brown and Soulja Boy calling West out for their lack of inclusion on the album. As for DaBaby, his manager claims that he never got the call to clear the appearance, and the song is back on the album now.

It's hard to believe a megalomaniacal narcissist like West would leave the unveiling of his most intricately promoted album ever to a random, now-deleted Instagram post from his manager and a bizarre 8 A.M. release on a Sunday. Then again, what more can you expect from an album rollout which started with West charging people money to watch him run around a football stadium to songs most people could barely decipher? Only time will tell how the album stands in culture or his career long-term, but the release was just like the rollout: a mess?