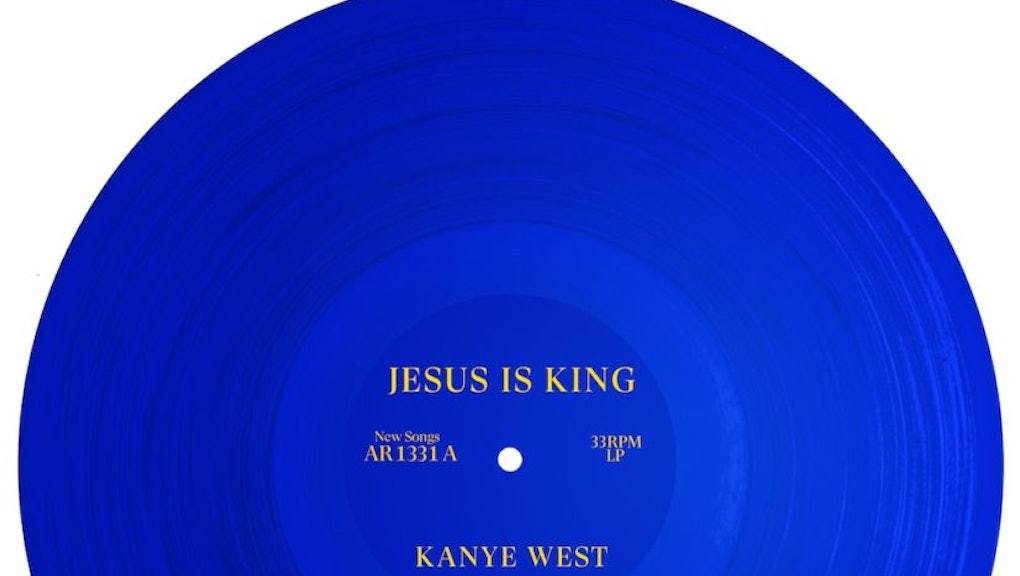 Remember when a Kanye West album rollout was actually fun? Those projections for Yeezus? That’s simply not the time we’re living in anymore. Now, an album rollout from Kanye includes everything but music. For what feels like an eternity, West has been promising his new album, Jesus Is King, a self-professed gospel record marking a new chapter in the artist's life. This week, there were assurances from West that the album would be out, as well as plenty of other statements about his devout Christian faith. The album was finally released at noon on Friday, and it still feels like the week has gone on forever.

For starters, he’s reportedly been speaking with Joel Osteen, the millionaire megachurch pastor who is regularly surrounded by controversy and who preaches to millions of viewers around the world. According to TMZ, Osteen called West and invited him to Houston to attend service at Lakewood. Apparently the two really like each other, and West might even perform if he attends.

But that’s just the beginning — Jesus is King, the film that costs $20 to view, was only 35 minutes according to those who've seen it. According to Complex, the film is based on a series of bible verses and “opens with repeated, piercing chants of ‘Hallelujah,’ as the camera slowly zooms out from an aerial shot of James Turrell’s Roden Crater.”

The film seems to be aimed at converting people to Christianity, which goes along some of the other press that West has received in the lead up to this album. According to Buzzfeed, West is no longer allowing his oldest daughter North to wear crop tops or makeup, which is causing conflict in the Kardashian/West home.

"North is trying to get in on the makeup but she's being blocked heavily because her dad has stopped all makeup for her until she is a teenager," Kardashian-West said to E! News.

In a nearly three hour interview with Zane Lowe, West expanded on banning North from wearing crop tops, which he explained was part of him becoming a more religious man. He also restated that he still wants to one day be president of the United States. He also added that he’s started to keep track of his own behavior in bizarre ways.

That’s not the only thing he’s done on his new religious path. He also said that “there were times where I was asking people to not have premarital sex while they were working on the edit.”

And when it came to the actual release of the album, West lied to Jimmy Kimmel and all his fans about the album’s release. Kimmel asked West when the album would be out, and West responded, “oh, it’s out right now.”

Except, the album wasn’t out on Thursday night, and it didn’t drop at midnight as he promised, and it didn’t drop on Friday morning, either. Instead, West tweeted that they are finalizing mixes on three songs, “Water,” “Follow God,” and “Everything We Need,” and that no one on his team is sleeping until the album is completed.

Ultimately he came through on the album, but not before putting fans through a press run no one will forget anytime soon. Listen to Jesus is King here.