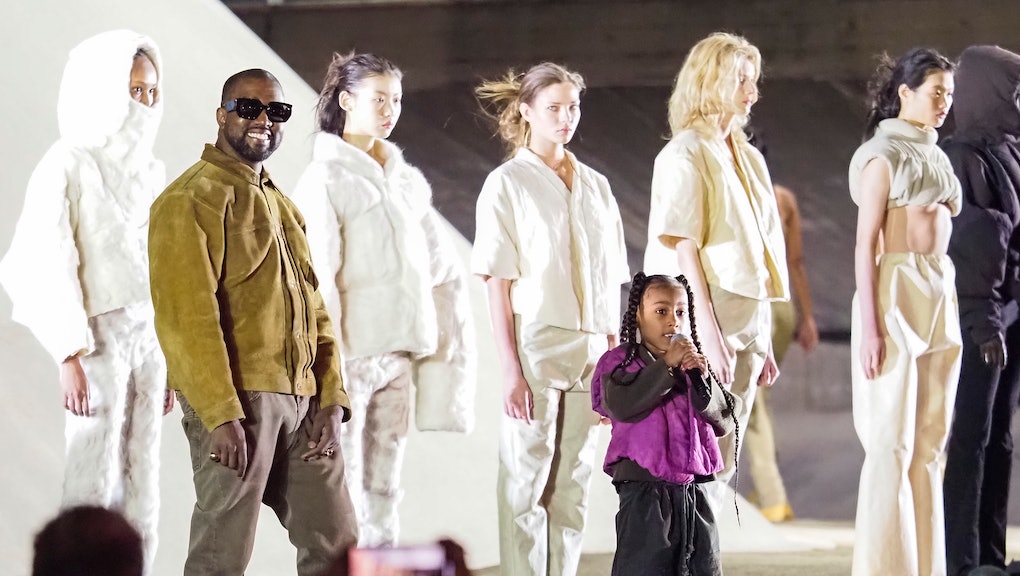 It’s either a Hail Mary for both parties or a match made in heaven, but Kanye West and Gap are officially in business. They’ve paired for a new clothing line called Yeezy Gap, set to debut in the first half of 2021. This isn’t quite a short-term commitment, either — the New York Times reports that they’ve inked a 10-year deal, with the option to renew the contract after five years. Per YZY Gap, they’ll be offering “modern, elevated basics for men, women and kids at accessible price points,” which sure sounds like a merger of both companies’ ethos.

The newly minted billionaire, who worked at Gap as a teenager and said in the past that he wants to be “like to be the Steve Jobs of the Gap,” may have picked a precarious time to jump onboard. The company, like almost every other retail brand, has been in a perpetual freefall throughout the pandemic. With high-profile bankruptcies of J.Crew and Neiman Marcus, some had every expectation that Gap could be next, after years that brought on more than 100 store closures.

But if this connects, it’ll be a mutually beneficial move for the pair, fulfilling West’s wishes for a more affordable take on Yeezy while retaining full ownership of the brand, and Gap with a new opportunity to crawl out of financial ruin. Kanye’s fashion efforts to this point have...decidedly not been accessible to the average consumer, from his infamous $120 white t-shirt to a recent $925 graphic cardigan. This will likely shift in the other direction under Gap, and bring in a whole new swath of normie dads to the fold. That said, his sneaker line with Adidas, which routinely go for hundreds of dollars, will remain a separate venture. YZY Gap has also brought on Mowalola Ogunlesi, a Black woman who’s worked with the Kardashian-West family before, to head up the design team that’s expected to hit $1 billion in sales by the five-year mark.

The Yeezy-Gap pairing could be a risky head-scratcher at first that might just be regarded as a brand-saving move 10 years from now. Of course, with coronavirus cases surging nationwide and no guarantee that retail can endure a full year like this, it could be unfortunate timing. That said, this all but guarantees Gap with a brand that people order online en masse, even if the pandemic is still very much a part of our lives by next summer.