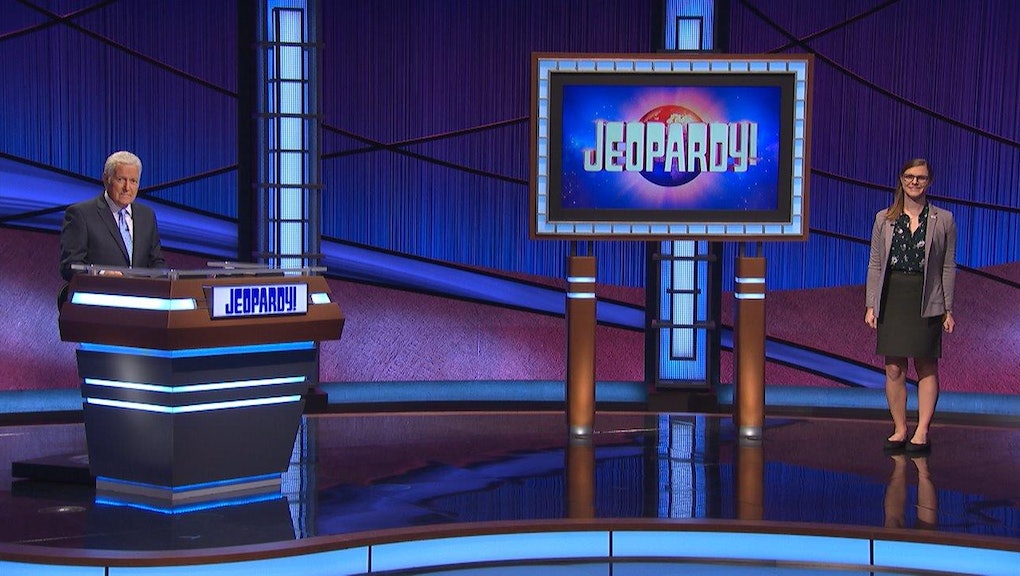 Kate Freeman is believed to be the first openly trans 'Jeopardy!' winner

Every remaining Jeopardy! episode filmed prior to Alex Trebek's death carries a bittersweet weight to it, as there’s now a finite number of memorable moments the show can air with its definitive host at the helm. One such moment came recently, when Kate Freeman seemingly became the first openly transgender contestant to win a game of Jeopardy!

The writer Peter Fox congratulated Freeman on Twitter, writing that he’s “assuming this victory makes her the first openly trans person to win a game.” Two-time champion Jennifer Morrow chimed in, noting that at least one other trans person has won the show, but they used a different name and pronouns during their appearance. (We’ve reached out to a spokesperson for Jeopardy! for clarification and will update this post if we hear back.)

In any event, this was an incredibly rare occurrence for the show. Freeman, who eked out a win on Friday’s episode and returned for an episode on Monday, sported a trans pride flag pin on her lapel for both games. The Los Angeles-based financial specialist spoke with MLive about her experience and the importance of trans visibility on a show like Jeopardy! "I spent a lot of time learning about and reflecting on my gender identity in grad school, coming out as transgender and lesbian a few months before graduating," she said. "I'm proud to be out and I know representation is important."

As for the game itself, Freeman also confirmed that nailing the buzzer is not easy. “Competing was equal parts thrilling and nerve-wracking," she said. "Getting that buzzer timing right is so much harder than it seems when watching at home."

Her win was a nail-biter, edging out the other finalists for a one-game total of $5,599. Trebek's final Jeopardy! episode will air on January 8; here's hoping the remaining weeks will contain even more historic, compelling moments.