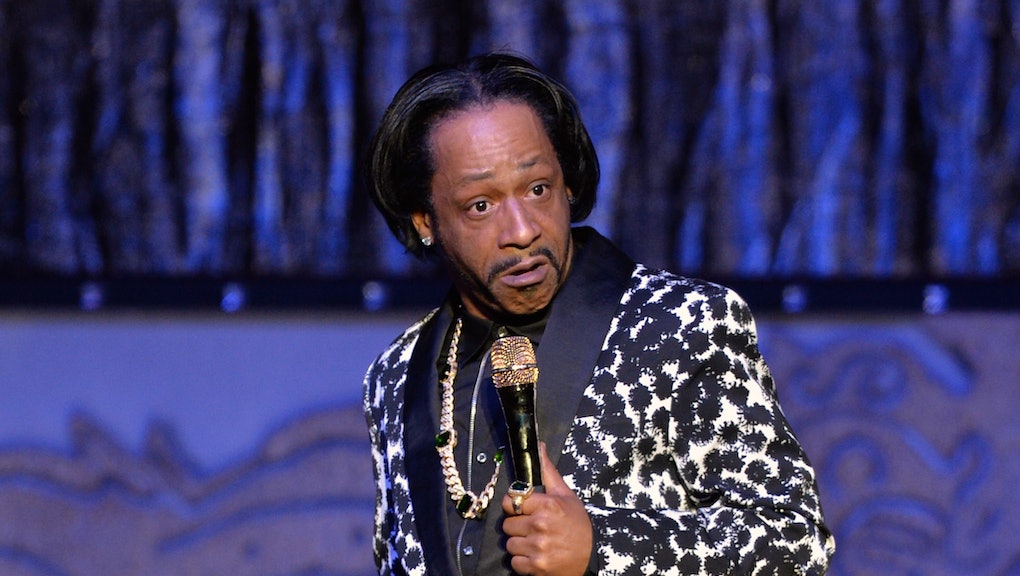 Katt Williams to all comedians: If cancel culture gets to you, you weren't funny anyway

When I took a drama class during my freshman year of high school, our teacher told us a story about clowns. According to him, there used to be a time when circus clowns dressed in nondescript white clothes and wore no makeup. Seated on a stool, they singled out audience members to pick on, ridiculing anything from dress to facial features and even the color of their skin.

Though I couldn’t find any primary sources to back this up, I still found this to be an inspiring story, one that stayed with me for many years and instantly resurfaced upon hearing Katt Williams give his two cents on comedians that built entire careers out of making fun of others only to blame an ethereal, Boogeyman-like entity known as cancel culture for their lack of success.

Much that has been said about cancel culture over the years has been vague, inconsistent or hypocritical, and that’s probably due to the fact that, as Williams so eloquently explained, it doesn’t really exist. “My point is,” he said when appearing on The Joe Budden Podcast a few days ago, “people weren’t all that funny when they could say whatever they wanted to say. At the end of the day, there’s no cancel culture.”

Like a clever joke, Williams’ comments instantly resonated with people, putting into words something they already knew but perhaps didn’t quite know how to express. “This clip of Katt Williams on cancel culture is BRILLIANT,” writes one Twitter user. “Katt Williams really ate y’all comics up,” echoes another. “It’s just that simple,” a third agrees: “Katt Williams makes it plain.”

As a comic, William approaches his job in a way that’s completely different from someone like Dave Chappelle, who was criticized for transphobic jokes in his 2019 Netflix special Sticks & Stones. Rather than exploiting — and, by doing so, trivializing — the feelings of marginalized people for laughs from the general audience, Williams uses his position behind the microphone as an opportunity to confront problems head-on, showing that comedy and commentary need not be mutually exclusive.

His thoughts on cancel culture, along with recent comments by Seth Rogen, shed light on the future of comedy. As controversial figures like Louis C.K. get off the stage, younger, more inward-looking performers take their place. I’m thinking, in this case, of the self-deprecating John Mulaney, whose latest standup at City Winery about his experience in rehab surprised longtime fans and resonated with recovering addicts.

Bo Burnham, whose new show Inside appeared on Netflix last week, offers another good example. Delivering his monologues with a level of irony seldom captured on camera, he pokes fun at the privilege and self-centeredness that white male comedians have exhibited for so long. In the podcast, Williams also touches upon that same self-centeredness.

Aside from indicating where comedy is heading, Williams also offers his perspective on where it had previously been. Though he didn’t mention Ricky Gervais by name, I think the British comedian’s work offers yet another illustration of what Williams is talking about.

Years ago, Gervais was known as the creator of the sitcom that inspired The Office. Today, most know him as the guy who hosted the 2020 Golden Globes and entertained what was supposed to be a celebration of the accomplishments of an entire industry with a monologue about himself and how much he hated being there.

Some may be even more familiar with Gervais from Netflix’s After Life, in which he plays a forty-something journalist who processes losing his wife to cancer by hurting the feelings of pretty much every person he runs into, all without realizing that he isn’t the only one who’s lost someone (not to mention that losing someone is no excuse to act like a prick).

Though I have enjoyed comedies like After Life in the past, it was only ever during a time when I felt angry with the world. They didn’t make viewers laugh so much as relish in their own misery, and also led them to think that their feelings are somehow more important than or different from the feelings of those around them. It’s not good.

This was just a roundabout way of telling you what Williams was able to explain in just a few sentences, and I commend him for it. Comedy can be a wonderful vehicle for social change, but only when the comics on the stage place themselves on the same level as their audience.

Said Williams: “I don’t know what people we think got ‘canceled’ that we wish we had back.” Personally, I don’t know either.