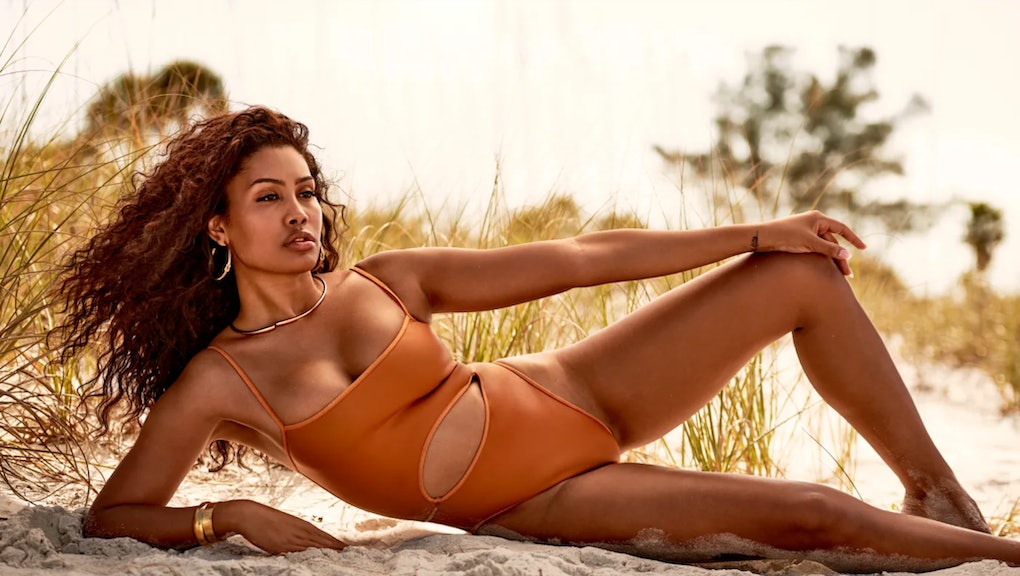 A striking beauty just made entertainment history. Sports Illustrated this week introduced model and activist Leyna Bloom as the latest rookie to grace the magazine’s famed Swimsuit Issue. The Chicago native is the first transgender woman of color to appear in the special edition. She follows in the footsteps of last year’s rookie, Valentina Sampaio, who was the first transgender model to star in SI Swim.

"This is what it looks like to be in full bloom," Bloom captioned a photo of herself from the issue on Instagram. "My spirit has reached new levels. This moment is bigger than my wildest infinite dreams. In this moment, I am a representation of all the communities I grew from, and all the communities I'm planting seeds in."

Bloom also commended Sports Illustrated while describing her experience on set: “Before my feet even touched the sand, you all wanted to celebrate the temple of my body and the deepest part of my spiritual universe. Your kindness has given me so much hope in the humanity of [the] entertainment industry,” she wrote.

Bloom, who is Black and Filipino, grew up on the South Side of Chicago and first gained recognition in the ballroom community. She made headlines in 2017 as one of the only openly transgender models to walk the runway during New York Fashion Week. Two years later, she was the only trans model to walk at Paris Fashion Week, for Tommy Hilfiger x Zendaya. She also starred in the film Port Authority, which premiered at the 2019 Cannes Film Festival — the very first time in festival history a transgender woman of color was featured in a leading role.

Sports Illustrated has anchored its Swimsuit Issue in diversity in recent years. In 2019, Halima Aden was the first model to grace its pages in a burkini and hijab. That same issue featured a 45-year-old Tyra Banks on the cover, earning her the title of oldest model to do the honors. In addition to Sampaio’s debut in 2020, last year’s edition once again featured Aden and also introduced Christie Valdiserri, a model, dancer and fitness instructor who has alopecia.

In a video introducing her to Sports Illustrated readers, Bloom reflected on the bias she faced early in her career: “When I first started modeling, what I heard the most was, ‘You’re Black, you’re a woman, you’re trans and you’re poor. You are at the bottom of the food chain.’ Now people are telling me, ‘You are a beautiful woman, you are a beautiful Black woman, and you are a powerful trans woman.’” She most certainly is.

More like this
You can feel for Khloé Kardashian and also recognize she's part of the problem
By Kara Weisenstein
'Exterminate All the Brutes' is a messy, ambitious documentary that ties together genocide, white supremacy, colonialism ... and Josh Hartnett?
By Nicholas Russell
'The Nevers' will be so much better when Joss Whedon has nothing to do with it
By Kara Weisenstein
Stay up to date