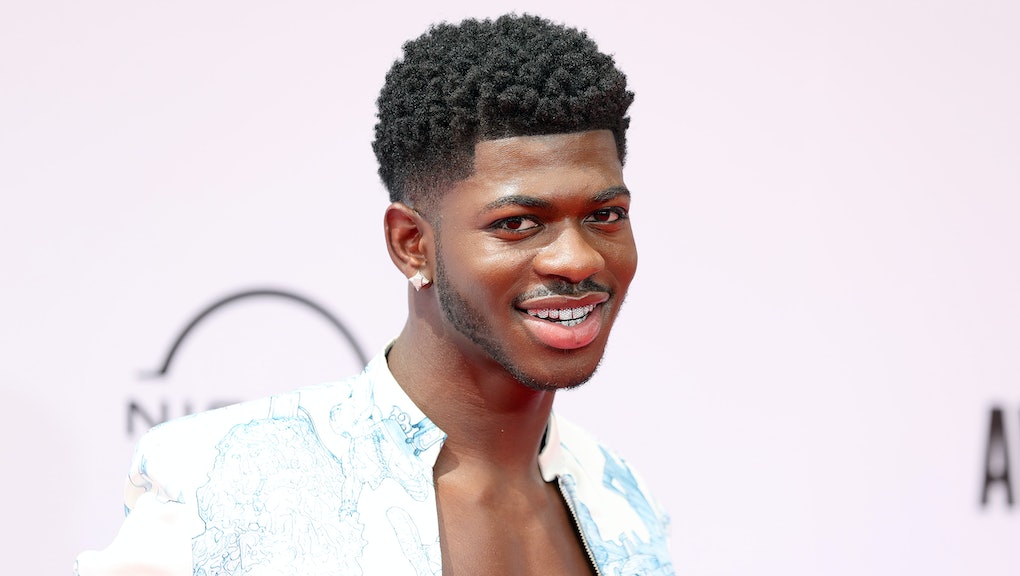 Lil Nas X has not just become king of music and queer culture, he's also king of the internet. His recent theatrically-styled trailer for the release of his new song "Industry Baby" coming out July 23, which satirized a trial over the release of his "Satan Shoes," was proof that Lil Nas X has a deep understanding of his Gen Z peers and their use of the internet — to the point that it begs the question if being an internet icon will become an expected side hustle of being a famous musician. But along with his finesse of the internet, Lil Nas X also knows how to use it to instigate and promote his own subversiveness. He did just that this week, responding to a parent who was upset that his music and image aren't appropriate in the parent's opinion for a pop star who cannot help but have young fans.

The quip back was the perfect response to endear his age-appropriate fans, but also the flip retort points to a bigger issue: Why do parents expect pop stars to be asexual? And beyond that, why does everything that's popular need to be appropriate for children?

The parental panty-bunching began back in March when Lil Nas X released his ground-breaking video for "Montero (Call Me By Your Name)," which saw him take his queerness from an announcement on Twitter to the center of his artistry. Rife with biblical references, the video begins with a voiceover: "In life, we hide the parts of ourselves we don't want the world to see. We lock them away. We tell them, 'no.' We banish them. But here we don't. Welcome to Montero." The rapper then tangles with a hot snake, and then slides down a stripper poll from heaven to hell where he gives Satan a lap dance. The satirical irony of him portraying, and owning, the conservative narrative that queer people are going to hell was lost on the same group that always gets upset when their puritanical threats of hell fire are ignored. But more importantly it was Lil Nas X's announcement to the world that he is overtly sexual, and it is art — queue parents losing their ish.

We saw this same issue rear its head back in June during Pride month when the conversation went viral as to whether the kink community should be allowed at Pride, since so many queer families enjoy the events now in our ever-queering world. And the answer is yes, kink belongs at pride. Kink is part of the subversiveness of the queer world that is a form of protest against the very people who said that queer people don't belong in families to begin with. Not to mention that the first Pride was a protest, not a family-friendly event.

Lil Nas X did his best to also comment on the issue by participating in an excellent SNL sketch where he rapped, "post hole on close friends, post hole on main, post hole for the countries where you can't be gay...Marsha P. Johnson and Harvey Milk, they paved the way for you to shake your filth," making it clear where the musician stands against kink shaming and the legacy of queer protest. He followed it up with a highly kink-positive performance of "Montero" on the same broadcast (which the gay gods blessed with the now infamous pants rip).

One thing that's important to note is that Lil Nas X rose to fame without anyone knowing yet that he was gay. While "Old Town Road" became one of the most famous songs of all time, it captured a multitude of audiences. It was everywhere, so of course kids became fans of Lil Nas X. But that in no way means that now that he is big deal famous, and openly queer, he has to fine tune his persona for children.

Not only should Lil Nas X not have to censor himself for the heteronormative breeders, him leaning in to his queer sexuality publicly is a boon to queer children everywhere. It could save lives for queer kids to see a queer pop star celebrated.