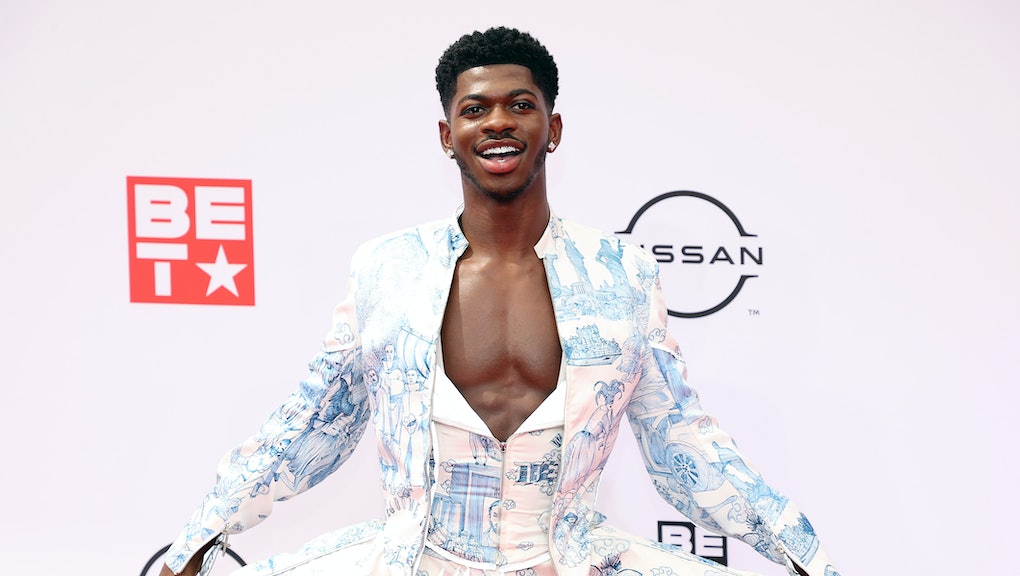 Lil Nas X has opened up his baby registry to the public, though it might not be what you’d expect. Last week the artist announced the release date of his upcoming album with by declaring the arrival date of his “baby” with accompanying pregnancy photos. On Tuesday, he posted more photos of his baby bump while unveiling a baby registry that was in fact a list of charities for fans to donate to.

The “registry” features the full track list and features — the eye-popping supporting cast includes the likes of Elton John, Megan Thee Stallion, and Doja Cat — from his debut album, Montero, with a link to donate to a specific charity tied to each song. The links are focused on helping a range of marginalized communities, most of them in the name of LGBTQ advocacy and mutual aid in different parts of the country. “Montero” links to Transinclusive Group, an organization dedicated to helping the trans community in South Florida; “Industry Baby” links to The Bail Project, a nonprofit aimed at ending cash bail as a tool of mass incarceration; “Am I Dreaming” links to Happy Hippie, Miley Cyrus’s nonprofit aimed at helping homeless and LGBTQ youth.

The larger pregnancy gimmick leading up to his album has been in line with Lil Nas X’s usual promotional tactics — from the Satan shoes to the fake court date, he has been winking, irreverent, and always brilliantly innovative in capturing the internet’s attention. This time, though, Nas’s efforts are tied to an actively altruistic effort that sees him implicitly acknowledging the gravity of his unique position as a queer pop star.

In his short, but quickly impactful career, Lil Nas X has been acutely aware of, and battled against, perceptions of himself as a gay Black mainstream artist. His viral music video for “Montero,” featuring him teasing the Devil with a lap dance, was ultimately meant as a direct response to homophobia’s tendency to equate gay sexuality with deviance. In his fight to assert his identity and his dignity, freedom for himself meant freedom for others by association — for other queer folk seeing a vision of the same reality for themselves.

But tying his album’s promotion — when attention on each and every one of his moves on the internet is at its highest — to direct financial support for vulnerable communities is a direct indication of Lil Nas X seeing his position in power as one of active responsibility for those he is representing. In organizing this list, he is mobilizing likely thousands of fans to directly support countless queer and marginalized folks. To the disapproval of some, Lil Nas X seems not only intent on living freely and safely in his identity, but literally helping others do the same.