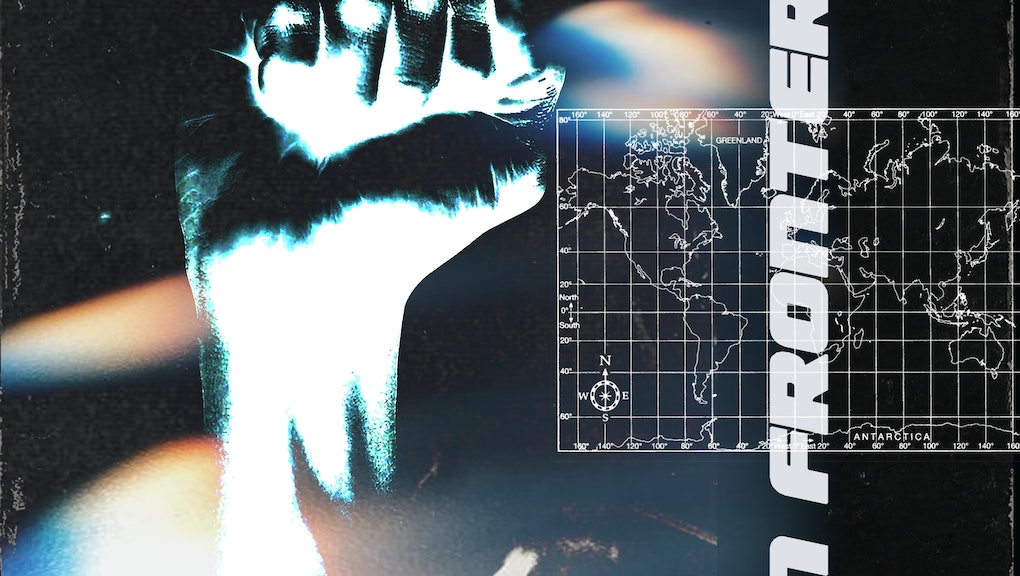 Founded by New York-based Ecuadorian-Lithuanian DJ Riobamba, the label APOCALIPSIS aims to bring queer people of color to the front, giving emphasis to music from marginalized voices. It's an inherently radical concept: a record label focused on "doing everything in its power to re-distribute equity in the music industry." In service of that mission, APOCALIPSIS has dedicated themselves to advocating on behalf of immigrants in the United States, who face regular attacks from the Trump administration.

The label's latest effort is a 36-track benefit compilation called Sin Fronteras, featuring 42 artists from around the world — from the Bronx to Peru. The compilation features acts like Nino Augustine and Helado Negro, and 100% proceeds going to immigrant defense organizations RAICES, Immigrant Defense Project, and Detention Watch Network.

"This project affirms an urgent call to abolish a corrupt, racially-biased legal and immigration system rooted in white supremacy," Riobamba explained in an email to Mic.

Her collaborators have similarly felt the importance of this project.

"As a DJ, artist, and immigrant rights activist, I think a lot about how best to use artistic production to tell immigrant stories," said Brooklyn-based DJ Ushka tells Mic.

For Sri Lankan-born artist Ushka, projects like Sin Fronteras are essential in a time when immigrant communities are being used as scapegoats.

"There are many ways to fight anti-immigrant sentiment and white supremacy and one way we can do that is through the art we create," Ushka said. "As an immigrant myself, it allows me to stand firm in my dignity and I'm proud to be part of a community of artists on this compilation who are choosing to create cultures of joy and resistance."

"Being first-generation Ecuadorian, I want to always speak with pride for being Latinx, and to affirm the dignity of our communities," Riobamba said. "To be silent right now would equate to being complicit with violence at the border, with ICE raids, mass deportations, detention centers with inhumane conditions. It means the world to collaborate with this roster of artists that I greatly respect, not only for their craft but also for their voices in standing down injustices."

Many of the artists who are featured on the compilation aren't new to standing up against the marginalization of communities of color. They've DJ'd fundraisers, participated in community activism, and have worked to engage and empower younger generations.

"For those of us who come to this work from the margins - queer and trans folks, immigrants, and people of color - we are uniquely positioned to speak truth to power," Bay area artist Quisol told Mic. "We must create the art that the world needs in this moment because sometimes we're the only ones who can see how our struggles are interconnected."

You can stream Sin Fronteras exclusively on APOCALIPSIS's Bandcamp page. If you're in New York City, a release party will be hosted at Elsewhere Zone One on Friday, September 20. Tickets are $10.