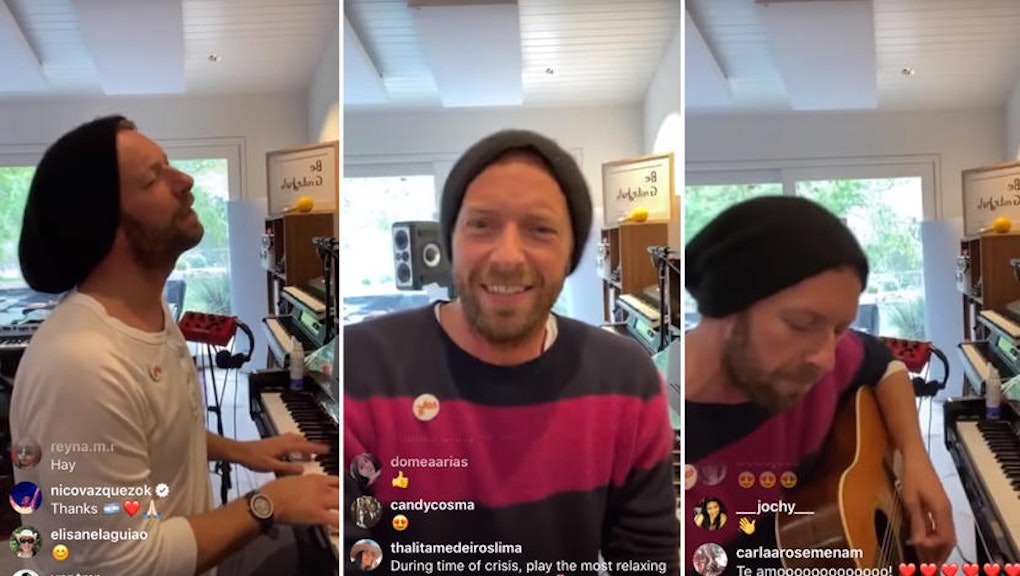 Livestreaming offers a tiny Band-Aid for our surreal lives

The coronavirus pandemic has moved at a breakneck pace. Just two weeks ago, reports of a significant livestreaming spike emerged from China, as the quarantined masses looked for ways to replicate their daily lives before the pandemic while cooped up inside. At that point, it was still unclear how the scale of the pandemic would look in the United States, but the past week has made abundantly clear how closely the crisis in the U.S. would mirror reports from around the world.

Millions of workers are settling into work from home policies. College classes, if they haven’t been canceled outright, are largely reliant on video telecommuting platforms like Zoom. This stressful period has laid bare some of the more obvious flaws in companies requiring workers to be based in an office to finish tasks that at most call for a computer and a webcam.

Still, the widespread social distancing policies being adopted to stop the spread of the virus leave out leisure outside the home, and any entertainers who rely on public gatherings to make a living. Livestreaming platforms are being utilized far and wide to fill the void. Just in the first week of heightened social distancing, some Twitter users have already tested out group movie watches online — like everyone tuning in to Goodfellas or The Other Guys at a set time. Film website Bright Wall/Dark Room has already laid out three weeks’ worth of programming for live-tweet watches.

Yesterday, Chris Martin of Coldplay held a short, informal piano set on Instagram Live, just one week after he took over NPR’s Tiny Desk. John Legend said he’ll be doing the same today from home. Perhaps to keep the city of Boston in one piece after news of Tom Brady’s departure, Dropkick Murphys are live-broadcasting a show for St. Patrick’s Day. Keith Urban, Ben Gibbard, Christine and the Queens, and so many more major artists are turning to the stream as a means to keep connection alive.

Bernie Sanders, ahead of the Arizona, Illinois, and Florida primaries that are inexcusably still happening today, held a digital rally on Monday featuring the likes of Neil Young, Daryl Hannah, Jim James, and more. During the stream, Sanders underscored the difficulties working musicians face in America. “If we make it into the white house, what we will do is more than increase funding for the arts — that's easy,” he said. “But what we will try to do is integrate the arts into the culture, into who we are as Americans.”

Under any circumstances, it’s incredibly gratifying to hear a politician commit to the arts at this level. By exercising support beyond just well-curated playlists or restoring previous levels of funding, it could feasibly create something close to a stable framework for them to survive. With an untold number of tour cancellations and album rollouts impacted by the coronavirus outbreak, artists are increasingly turning to livestream platforms to recoup some losses.

Over the weekend, Pittsburgh hardcore band Code Orange performed their record release show as planned to an empty venue to help offset the disappointment and losses of canceling a tour. Jeff Rosenstock, AJJ, Erica Freas, and several more DIY artists have a joint livestream planned for tonight. This will feasibly become a stopgap for enjoying live music in the interim, but it doesn’t provide nearly the level of aid required to counter a lost tour’s worth of income. Code Orange had nearly 13,000 people tuning in at one time on the broadcast, which was free to view on Twitch. Collective moments of entertainment will continue, just at an immense loss to the entertainers providing them.

Music journalist Cherie Hu has created a living, working directory for virtual music events. This includes not only tips for artists looking to get into the livestreaming game, but also tools to host virtual meet-ups and panels in lieu of in-person SXSW events, and emergency funding opportunities for artists. As Congress works to craft a preliminary aid package for working families that will likely go nowhere near far enough, these tertiary, grassroots efforts will become all the more crucial for keeping your favorite artists going into whatever comes next.