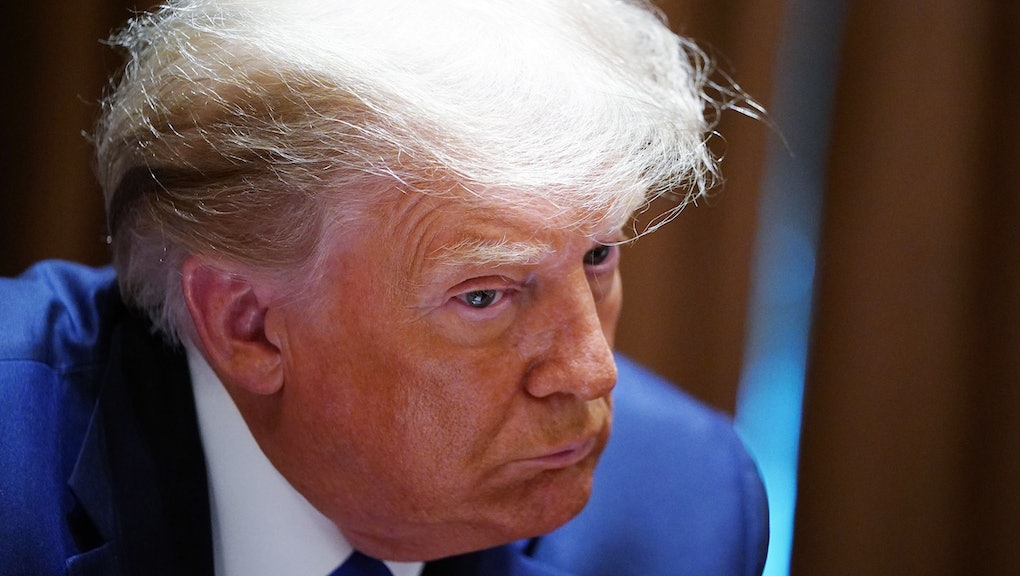 Mary Trump, the president's niece and familial foil, has spent the past several months making herself one of her uncle Donald's most effective critics. She authored a tell-all memoir about her dysfunctional family, she's described the president as someone who "demonstrates sociopathic tendencies" (she has a PhD in psychology); and she even surreptitiously recorded her aunt, former federal judge Maryanne Trump Barry, trashing Donald as someone with "no principles."

With that in mind, it seems safe to assume that Mary likely doesn't have much goodwill to spare when it comes to the rest of the Trump clan. And what little she has, it seems equally safe to say, will soon be gone, thanks to a lawsuit filed Thursday morning alleging Donald, Maryanne, and the estate of her late uncle Robert, all conspired to cheat Mary out of a sizable family inheritance. Mary is the daughter of Fred Trump Jr., the president's other brother, who died in 1981 after struggling with alcoholism.

The suit, filed in New York state court, holds little back, describing in its very first sentence a trio for whom "fraud was not just the family business — it was a way of life." It only gets worse from there.

The thrust of Mary Trump's suit is fairly straightforward: She alleges that in the years following the death of family patriarch Fred Trump Sr., her grandfather whom she has described as a "high-functioning sociopath," the elder generation of Trumps conspired together to minimize her inheritance, ultimately squeezing her out of her rightful share entirely.

They threatened to bankrupt Mary’s interests and terminated the health insurance that was keeping her nephew — an infant with cerebral palsy — alive. Then they presented her with a stack of fraudulent valuations and a so-called settlement agreement, and forced her to sign. All told, they fleeced her of tens of millions of dollars or more.

Alleged inheritance trickery aside, Mary's claim that the president and his siblings had canceled her seriously ill nephew's health insurance has been a much discussed episode in the Trump family history. In 1999, there was a dispute over Fred Sr.'s will — which, the children of Fred Trump Jr. claimed, had been "procured by fraud and undue influence" because it focused on dividing the family estate between the eldest Trump's surviving children. This dramatically decreased the amount of money Fred Trump Jr.'s children would have inherited following his death in 1981. Seemingly in retaliation against Fred Trump Jr.'s children's claim that the will had been obtained through unsavory means, the other Trump siblings kicked Freddy's offspring off the family health plan — among them 18-month-old William, who had been diagnosed with a rare neurological condition and eventually cerebral palsy.

The whole episode was a total horror show. It took a Nassau County judge to keep the peace (and the health insurance) until the dispute was eventually resolved.

Notably, Mary Trump's suit traces the origins of her understanding of just how badly she had allegedly been manipulated by her uncles and aunt to the bombshell 2018 New York Times report on the president's legacy of financial malfeasance, which "only began to come to light with the publication" of the investigation.

As the suit also alleges, the Trump siblings' behavior was not motivated solely by self-interest and greed — it was apparently more personal. "Defendants’ fraud against Mary was particularly egregious and morally culpable because defendants deliberately targeted her because they disliked her," the suit claims. "For example, in a tweet, Donald stated that Mary was 'rightfully shunned, scorned, and mocked her entire life.' In another tweet, he described her as 'a mess' who her grandfather 'couldn’t stand.'"