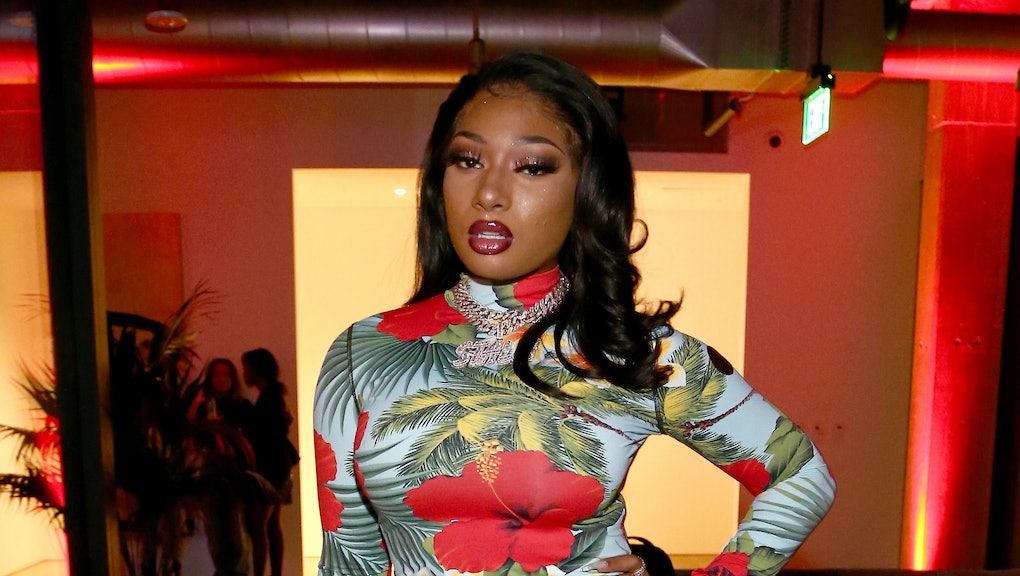 Megan Thee Stallion continues to advocate for Black women with an opinion piece in the New York Times. The article titled “ Why I Speak Up for Black Women” sheds light on the realities of being a woman of color today. Touching on her own experience, the rapper and activist shares why she feared speaking out after allegedly being shot by Tory Lanez, who was charged over the weekend. "The way people have publicly questioned and debated whether I played a role in my own violent assault proves that my fears about discussing what happened were, unfortunately, warranted.”

The piece explores everything from sexism to voting. "We have gone from being unable to vote legally to a highly courted voting bloc — all in little more than a century," she writes. "Despite this and despite the way so many have embraced messages about racial justice this year, Black women are still constantly disrespected and disregarded in so many areas of life."

The message of protecting and supporting Black women is one the 25-year-old recently shared during her Saturday Night Live debut earlier this month, where she called out Kentucky's Attorney General, Daniel Cameron, for “his appalling conduct in denying Breonna Taylor and her family justice." She further explains her decision for the performance in the article, writing that she isn’t afraid of the criticism that comes from using her platform. “It’s ridiculous that some people think the simple phrase ‘Protect Black women’ is controversial. We deserve to be protected as human beings. And we are entitled to our anger about a laundry list of mistreatment and neglect that we suffer.”

Megan elaborates on the mistreatment of Black women, pointing out increased maternal mortality rates and the endless judgement they face for the way they act and dress. “Wouldn’t it be nice if Black girls weren’t inundated with negative, sexist comments about Black women? If they were told instead of the many important things that we’ve achieved?”