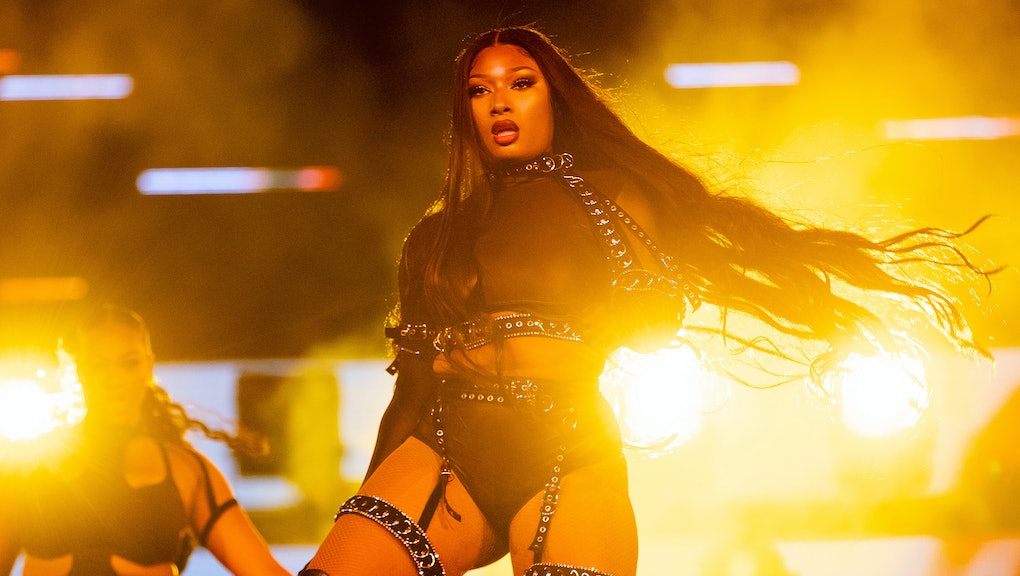 Megan Thee Stallion, who’s endured a triumphant but remarkably difficult year, added another milestone to her belt. On Tuesday, Megan was named one of Time’s 100 most influential people of the year. Complete with an incredible cover — her hair whips through the air like Angelina Jolie’s character in Beowulf, I’m sorry — it’s a well-deserved coronation.

Inside the mag, Megan’s honored with a write-up by Taraji P. Henson, who recalls hearing the Houston rapper for the first time on the radio years before she’d break nationally:

“She rode the beat like I’d never heard anybody ride the beat in a long time—and I’m a hip-hop head. There was something about this woman. Once you discover her, you become a fan. I don’t like to put the stigma of the word strong on Black women because I think it dehumanizes us, but she has strength—strength through vulnerability. She’s lost much of her family—her mother, her father, her grandmother—yet she is the epitome of tenacity, of pulling herself up by her bootstraps.”

Henson also speaks to Megan’s ambitions beyond hip-hop, despite her runaway success with a pair of no. 1 singles in “Savage” and “WAP.” “The industry might try to pigeonhole her in this rap game, but she’s got a plan that’s much bigger,” Henson writes. The Time 100 most influential people list includes a number of other celebrity tributes, including The Weeknd by Elton John, Bong Joon Ho by Tilda Swinton, Phoebe Waller Bridge by Taylor Swift, and well, 96 others.

Megan’s resounding ascent to the A-list has been marred by personal adversity — as Henson alludes to, losing most of her family, and also being shot by the rapper Tory Lanez earlier this summer. As she very publicly worked through the traumatic event, her shooting was memed to oblivion, with Megan fending off trolls and Lanez’ empty excuses in a series of Instagram Live sessions. It’s remarkably hard to imagine a white pop star facing the level of scrutiny and glibness toward a life-threatening incident that Megan’s faced, so there's a small consolation in her being welcomed to a stuffy institution like Time during a rollercoaster year.