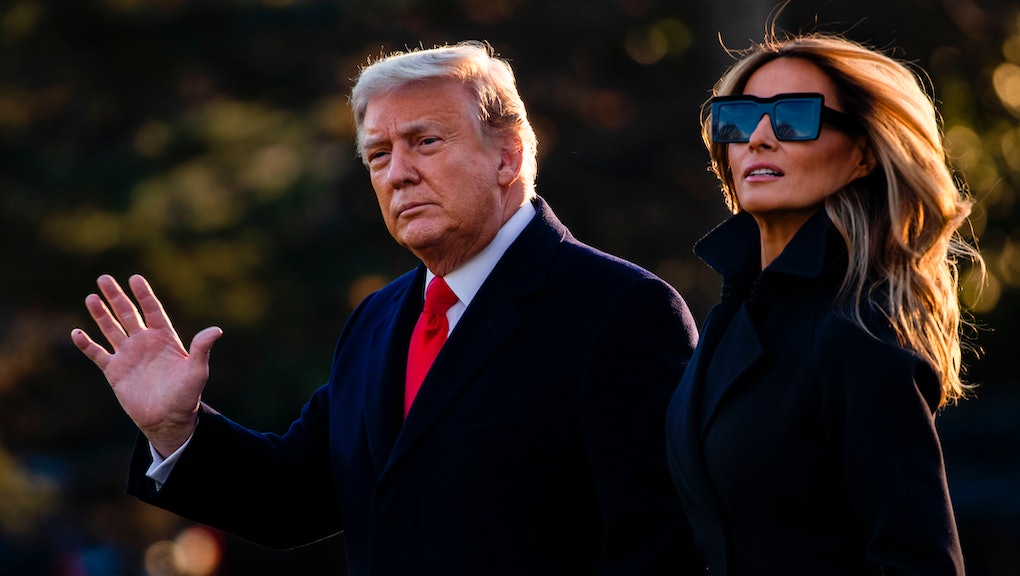 Melania Trump's statement on the Capitol siege is a real doozy

Melania Trump is a first lady like no other. She's a former model. She really doesn't care. She apparently hates Christmas decorations. And she is down to wait an unreasonable and baffling amount of time to address major news that is directly related to her husband, a.k.a. the president of the United States.

That's one explanation, at least, for why the first lady chose to share her perspective about what went down last week at the U.S. Capitol on Monday, a full five days after the terrifying, ugly event.

Some said it was a coup, others called it an insurrection, and there's still disagreement as to what to call those Trump supporters who descended on the legislative center of America — terrorists, white supremacists, an angry mob, perhaps all three? But when all is said and done, it's clear that there was an attack on the Capitol incited by the U.S. president, and facilitated by social media, that ultimately put the lives of hundreds of legislators and staff at risk — not to mention the tandem insurrections at state capitol buildings and the related anti-Black violence in places like Los Angeles.

While Democrats (and some Republicans) have spent the last few days investigating the various methods of booting President Trump from office, it seems that Mrs. Trump took an extended time to reflect, finally emerging Monday to offer the country her thoughts. "Like all of you, I have reflected on the past year and how the invisible enemy, COVID-19, swept across our beautiful country," she began, in a statement titled "Our Path Forward." She continued, 10 months after the coronavirus pandemic began and mere days after her husband incited a mob in Washington, D.C., "All nations have experienced the loss of loved ones, economic pain, and the negative impacts of isolation."

In a baffling transition, the first lady then moved from platitudes about coronavirus to the coup attempt. She insisted that violence is not the answer to our problems, saying she was "disappointed and disheartened with what happened last week," without noting her husband's role in what happened last week. She then took some time to attack the "salacious gossip" and "false misleading accusations on me" before finally getting around to the main event, saying, "Make no mistake about it, I absolutely condemn the violence that has occurred on our nation’s Capitol."

It would take quite a stretch to see how the first lady is the victim here, after one Capitol police officer was bludgeoned to death by Trump supporters and dozens more were injured. And that's excluding almost a year of unfathomable death thanks to the coronavirus crisis her husband has presided over, which was worsened by congressional inaction. But okay, Mrs. Trump!

More like this
Guess how much Trump's companies made during his presidency!
By Rafi Schwartz
Trump finally found some "pussies" he doesn't want to grab: DC's capitol police
By Rafi Schwartz
Mexico is suing U.S. gun manufacturers over firearms flowing across the border
By Rafi Schwartz
Stay up to date