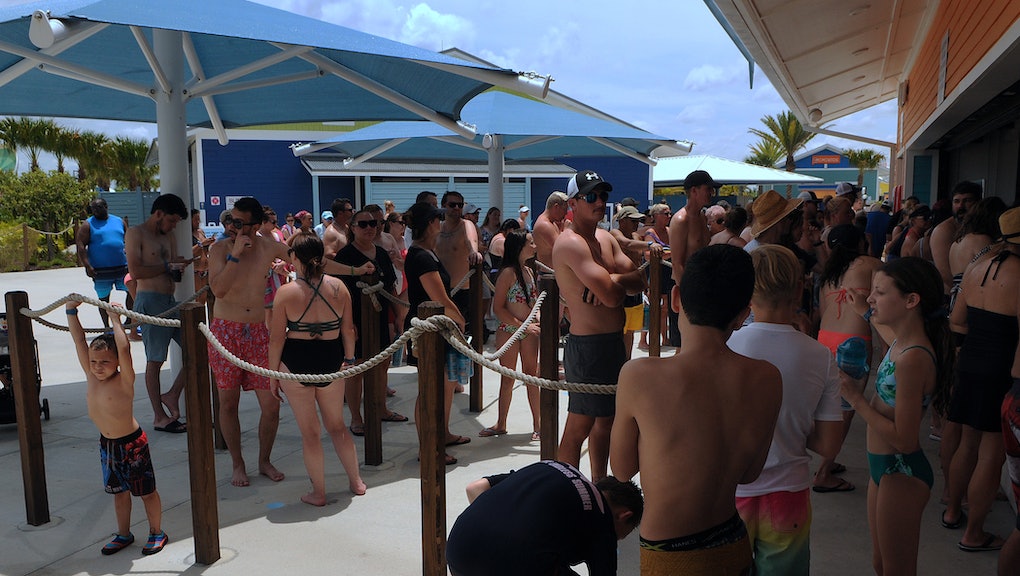 We're seeing some scandalous video clips of people gathering in huge groups for this Memorial Day holiday weekend. Beaches in Virginia, Maryland, Florida, Georgia, and Indiana were packed, CNN reported. The need to party was apparently so overpowering to people in Missouri that many flocked, maskless, to a crowded pool party despite the recent surge in cases in nearby Arkansas after a similar party became a super spreader. In other places — like New York, New Jersey, and Connecticut — people seemed to behave, but it’s unclear whether this was out of a sense of social responsibility or simply because it’s been raining there.

Some officials are worried that we are just not all on the same page about how much of a risk COVID-19 continues to be. “What we're seeing is kind of a split community where you have people who believe this is over and have decided they're going to get back to their normal way of life and they're willing to take the risk,” Montgomery, Alabama Mayor Steven Reed told CNN. Reed said on Monday that he is concerned that easing state restrictions is giving people a false sense of security, and that they are not considering the risk they pose to others if they are asymptomatic.

Unfortunately, Alabama is just one of 11 states that reported a record number of new COVID-19 cases this weekend, and experts are predicting a second wave of cases in 24 states, mostly across the South and Midwest. Despite this, Trump spent the weekend golfing and urging folks to go to church. This lack of clear messaging from above makes it seem sadly unsurprising that governors are basically begging their constituents to stop mask shaming even as the U.S. death toll hovers near 100,000, still rising.

It’s fair to say that we are all tired of COVID-19. It would be great if we could hold hands in the sun as the national anthem scores our collective victory over this pandemic. But we’re not there yet, and we need to unify when it comes to social distancing, even if things are looking up.

More like this
This COVID-19 long-haul symptom is another reason we all need to get vaccinated
By Tracey Anne Duncan
We don't trust our tap water — and it's a big problem
By Asher Rosinger
Empty middle seats cut coronavirus risk drastically, according to new study
By Tracey Anne Duncan
Stay up to date