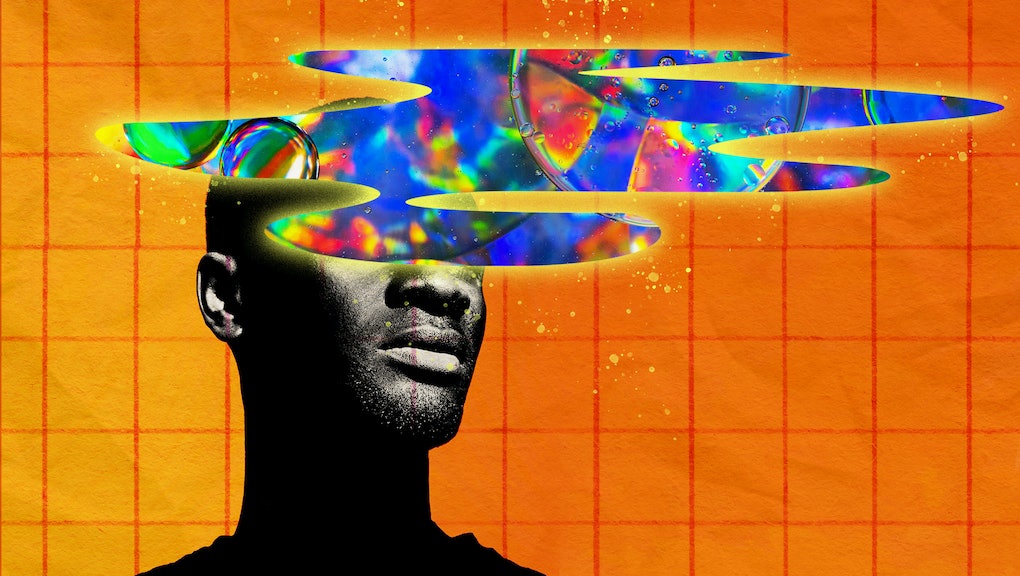 Microdosing for anxiety: How does it work?

While tech bros turn to microdosing as a “productivity hack,” I use it to help me slow down. When I want to feel a little high — as in, not a totally stoned, sedentary blob — I microdose cannabis. I cut one of my go-to gummies in half, enough to deliver a mere 2.5 milligrams of the high-inducing compound tetrahydrocannabinol, or THC. I bask in a halo of giddiness that lasts around an hour or so, making it easier for me to shed the stresses of the day.

A growing number of us have been microdosing cannabis and psychedelics like psilocybin — the active compound in shrooms — and LSD to quell our anxiety. But if you’re interested in experimenting with microdosing, know that it comes with some hefty caveats.

By definition, “a microdose is a non-clinically evident dose of a drug which should have no observable effect,” says Lewis Nelson, chair of the department of emergency medicine and chief of the division of medical toxicology at Rutgers New Jersey Medical School. In other words, it’s such a small dose that you shouldn’t feel anything when you take it. That doesn’t mean it has zero effect, “but a lot of that effect is going to be placebo,” Nelson says. So the relaxation I feel upon nibbling half a gummy might’ve just been due to the placebo effect — that is, my expectation that a microdose of weed will chill me out colored my experience of it.

Nelson tells me that in order to prove whether microdosing has therapeutic benefits, scientists need to conduct more clinical trials that involve randomly assigning people a microdose or a placebo and “blinding” both the scientists and the participants to which one they received, minimizing bias. There have been rigorous trials of full doses of psychedelics, but not microdoses.

Much of the research supporting microdosing has relied on crowdsourced surveys, with researchers collecting responses via Twitter or Reddit, Nelson explains, leaving plenty of room for bias. For one thing, most people who take the time to respond tend to be those who microdose and therefore believe it’s benefited them. “It doesn’t totally throw out the results, but it should be couched in context with the study population, the study design,” he says.

The upside is that since microdoses of these drugs might not do anything, they don't seem to pose any serious risk, either. “They’re not going to cause strokes or heart attack or death from the drug itself,” Nelson says.

All of this is to say, here's a breakdown of how microdosing weed, psilocybin, and LSD might make you feel, based on the research and anecdotal evidence currently available, but take it with a grain of salt. See this less as a set of hard-and-fast rules and more of a loose guide to what to expect.

One study suggests microdosing cannabis could alleviate pain. In a med tech company’s test of its cannabis inhaler, 27 participants with a form of chronic diabetic neuropathy or complex regional pain syndrome inhaled half a milligram of THC, one milligram of THC, or a placebo. Those who inhaled a half or full milligram of THC — but not the placebo — reported a significant reduction in pain. The findings are intriguing from a mental health perspective, given that anxiety, depression, and other mental health conditions can often occur with chronic pain. At the same time, it’s important to note that the study was small and conducted by the manufacturer of the device.

Like I mentioned earlier, microdosing edibles relaxes me by putting me in a giddy headspace. Others find that the practice can foster mindfulness. One cannabis microdoser who prefers weed-infused candies told Women’s Health that it helps her drown out distractions. “I can focus more on what I intend to, and be more present and observant,” she said. “About 30 minutes after consuming… I feel relaxed and calm.”

Microdosing psilocybin might make you more creative, according to a recent Dutch study. When participants took tests assessing their divergent and convergent thinking — both thought to factor into creativity — before and after microdosing psilocybin-containing truffles, they scored better after they consumed the truffles. Since the researchers didn’t also look at test performance in people who took truffles without psilocybin, though, they couldn’t entirely rule out the placebo effect.

A survey of 278 people who microdosed psilocybin, LSD, or both found evidence of mental health and cognitive benefits, too, with 26.6% people reporting improved mood, and 14.8% and 4.2% reporting enhanced focus and lowered anxiety, respectively. They also reported challenges, though, with 6.7% actually reporting heightened anxiety. And since this was a survey of people recruited mostly through Reddit, it does have the limitations Nelson described.

This article was originally published on May 16, 2021

More like this
Can CBN help you sleep? The science behind the trendy weed compound
By Melissa Pandika
Magic mushrooms could treat depression better than some medications, a new study suggests
By Melissa Pandika
A suicide safety plan saved my life. Here's what it looks like, and why it worked
By Kimberly Zapata
Stay up to date