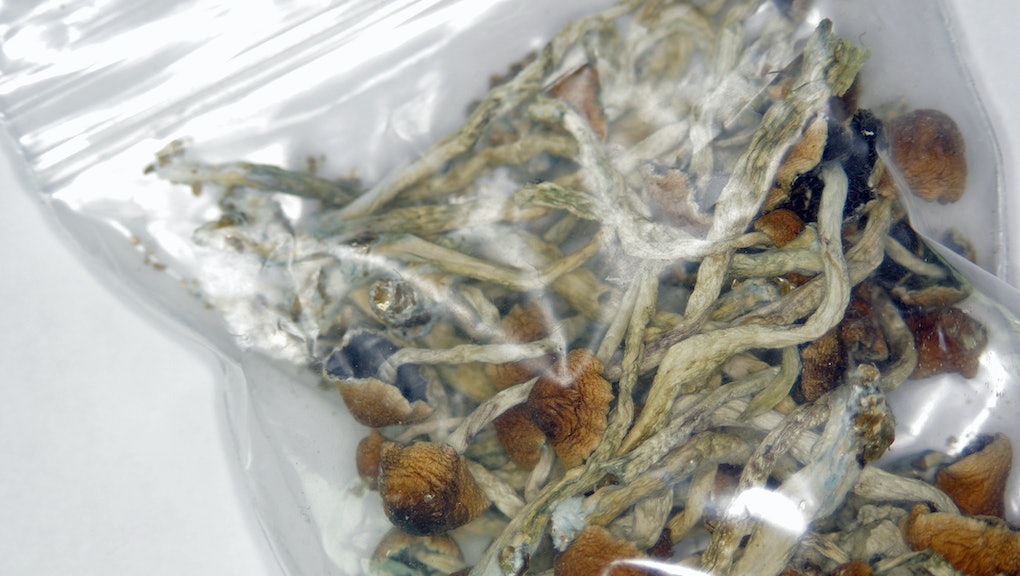 Can microdosing psychedelics save my relationship?

Last summer, Zack and his girlfriend, Amy, who live in Ontario, Canada, took tiny doses of psilocybin, the psychedelic compound in magic mushrooms — they microdosed them, in other words — every morning for two weeks, out of curiosity and a desire to understand each other more. (Both requested to use pseudonyms because magic mushrooms are illegal in Canada.)

After a few days, Zack noticed he was calmer and more honest with Amy about his feelings. He pointed out when she did things that bothered him, like how she often interjected as he fumbled his way through explaining something, thinking she was helping him. Instead of suppressing his frustration, like he usually did, he said that he wished she would give him the space to improve his communication skills on his own. “That was when we were most tolerant of each other, when we were most comfortable with each other,” he recalls of his time microdosing with Amy.

Media outlets have published a handful of stories about couples who take full doses of psychedelics to enhance their relationship. Others, like Zack and Amy, believe microdosing them — which produces subtler effects, without the altered state of consciousness, or “trip” — can do the same. Novelist Ayelet Waldman told the New York Times that, had she not microdosed LSD, she would’ve “blown up [her] marriage.” On Reddit, where I found Zack, some users say microdosing led to better sex with their partners, and relationships with them overall. Can microdosing psychedelics really improve your romantic relationship, though?

As with so many emerging wellness practices — some totally bogus and others science-based and worthy of exploration — it’s complicated. Experts say it’s possible, but we don’t yet have enough rigorous research on it to say for sure.

Before we unpack this, though, a biochemistry crash course: Generally speaking, psychedelics act on the 5HT2A receptor, found throughout the brain and spinal cord, explains Emily Kulpa, head pharmacist at the University of Toronto Mississauga’s Psychedelics Studies Research Program. A full dose, or about 100 to 200 micrograms, would probably make you trip, disrupting your day-to-day functioning, Harriet de Wit, founder and primary investigator of the Human Behavioral Pharmacology Laboratory at the University of Chicago, told me, in an interview for a previous Mic article. When you microdose, you take to only 10 to 20 micrograms every three or four days.

“We know high doses of psychedelics have strong science behind them for having therapeutic effects,” Matthew Johnson, an associate professor of psychiatry and behavioral sciences at Johns Hopkins University School of Medicine, tells me. Kulpa adds that a number of studies suggest they can increase openness, empathy, mood, and life satisfaction —and these benefits may very well spill into people’ romantic relationships, too. “When you improve yourself, you can have improved relationships with other people,” Kulpa says.

Indeed, Zack describes his time microdosing with Amy as a “personal journey” for each of them that, in turn, brought them closer, making them more patient and open with each other about past hurts that kept them guarded in the relationship. “When you finally connect with yourself, you have more of an ability to be accepting of others,” as well as more authentic with them, he says.

The benefits seen in higher doses of psychedelics may not neatly translate to microdoses, though. Evidence suggests that microdosing can lead to enhanced senses, positive mood, greater presence in the moment, and improved well-being, says Kim Kuypers, an associate professor of psychology and neuroscience at Maastricht University. But unlike the findings on high doses, many of which come from controlled trials that assigned one group of participants psychedelics and another a placebo, those on microdoses come mostly from anecdotal reports, as well as surveys of current microdosers about their experiences, which are far less reliable.

The same goes for other purported benefits of microdosing, Johnson says. “The few lab studies that have actually been conducted with rigorous double-blind conditions so far haven’t held up.” Why, then, do so many people claim that microdosing helps them?

It’s possible that expecting microdosing to benefit them might have influenced their experience of it, a phenomenon known as the placebo effect, and the subtleness of supposed benefits of microdosing makes them especially susceptible to it. For instance, expecting to be in a better mood might make you more likely to smile at someone in the grocery checkout line, who might smile back. “You start interacting with the environment in a more positive way, and there’s a feedforward cycle,” Johnson says.

But that doesn’t mean people who report benefits aren’t experiencing them. While Johnson suspects much of it could be due to the placebo effect, “there could very well be effects to microdosing as far as mood enhancements and some anti-depressant effects.”

When participants in studies that have documented the benefits of high doses of psychedelics — some of which seem to last years — they have a profound experience that they learn from, not unlike deep psychotherapy, Johnson explains. But, Kulpa and her colleagues wonder: “Do you have to have the mystical experience and altered state of consciousness to have the full benefit?”

To find out, they’re filling the void of rigorous studies on microdosing with a double-blind, randomized controlled trial, the gold standard for health interventions, which randomly assigns participants to treatment or placebo, and neither they nor the experimenters know which they received. The trial would compare the effects of microdoses of psilocybin to those of a placebo. “We wanted to do the research to see if the benefits would be similar to the high dose,” Kulpa tells me. In theory, if a microdose acts on the same receptors as a high dose, “you could see some benefits.”

But the illegality of psychedelics in many places makes obtaining the necessary approval and funding to conduct such studies extremely challenging, Kulpa says. Even in Canada, where her institution is located, “the grants have been limited.”

Zack remains convinced that microdosing psilocybin helped his relationship with Amy. They would have continued their regimen beyond two weeks had they not lost contact with their dealer; the illegality of magic mushrooms in Canada has made it difficult to find another one. Zack also asserts that the effects of microdosing together have rippled outward to their relationship today. For instance, the self-awareness he experienced while microdosing have led him to take up meditation and other wellness practices that help him bring his best self to the relationship.

None of the experts I spoke to recommend microdosing, alone or with a partner, not only because it’s illegal, but because of the lack of credible evidence for its benefits, and the potential risks. Weighing out a microdose can be tricky, and you may accidentally take a trip-inducing full dose, Johnson says. More troubling still, psilocybin and LSD act on certain serotonin receptor, which may lead to heart valve issues. And since psychedelics are illegal in many places, it can be hard to get them from a trusted source, Kulpa adds. Surveys of microdosers have also reported side effects similar to those seen with high doses, such as nausea, headaches, and a temporary spike in blood pressure.

If you do decide microdose with a partner, Kulpa recommends weighing the risks and benefits, and exercising caution if you have cardiovascular or mental health conditions, because psychedelics may interact with antidepressants and anti-anxiety medications. Since the ideal schedule and dose varies from person to person, it might take some trial and error to find what works best for you. Also try to manage your expectations beforehand, especially given the scant evidence of the benefits of microdosing.

Most importantly, ask yourself why you’re microdosing, and remember that it isn’t meant to replace having important conversations with your partner, or working through your childhood wounds with a therapist. “These are tools to use, and you still have to put in the work if you want to improve yourself,” Kulpa says. “While psychedelics could have a lot of benefits for people, what you learn and take from them, you have to implement in your daily life, too.”

This article was originally published on Feb. 5, 2020

More like this
The push to legalize psychedelics has ignored Indigenous communities
By Suzannah Weiss
Microdosing for anxiety: How does it work?
By Melissa Pandika
Remember the vaping crisis? Well, it hasn't gone anywhere
By Melissa Pandika
Stay up to date