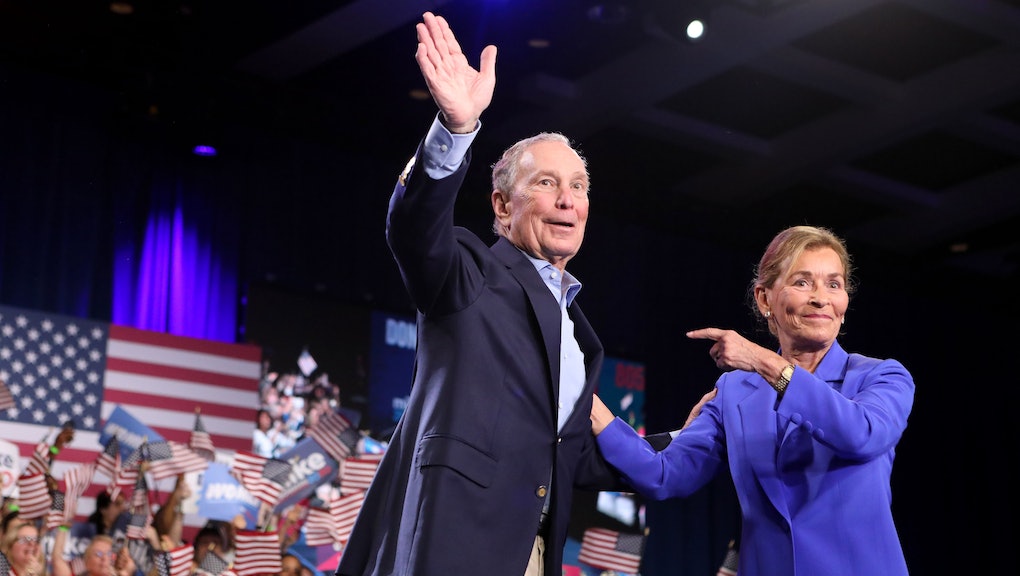 Mike Bloomberg and his gobs of cash exit the presidential race

After spending more than half a billion dollars to essentially buy his way into the Democratic presidential nomination, former New York City Mayor Mike Bloomberg announced Wednesday morning that he was suspending his campaign. The news followed an abysmal Super Tuesday showing and plummeting polling numbers.

In a statement released Wednesday morning, Bloomberg — who emerged Tuesday with a single victory in the American Samoa caucuses — insisted that his primary reason for joining the election was to assure the defeat of President Trump. But his statement Wednesday said that "it is clear to me that staying in would make achieving that goal more difficult."

Bloomberg, whose campaign was buoyed almost exclusively by his lavish spending and bought endorsements, nevertheless insisted that he would continue to work toward defeating Trump in November, writing that "while I will not be the nominee, I will not walk away from the most important political fight of my life."

Perhaps most telling in Bloomberg's terse suspension announcement was his single-sentence endorsement of former Vice President Joe Biden, whom he called "the candidate with the best shot" of defeating Trump. Biden, whose Super Tuesday showing has vaulted him back into a commanding lead in the primary race, has spent the past week racking up endorsements from his one-time nomination rivals, including former Texas Rep. Beto O'Rourke, former South Bend, Indiana Mayor Pete Buttigieg, and Minnesota Sen. Amy Klobuchar — all of the race's former moderate candidates, besides Bloomberg.

In a somewhat rare case of him actually tweeting the truth, Trump himself seemingly forecast Bloomberg's departure Tuesday evening, tweeting that the former mayor had wasted a fortune on his run (albeit a small fraction of Bloomberg's overall net worth) and "got nothing for it but the nickname Mini Mike" — a nickname Trump himself bestowed — "and the complete destruction of his reputation."

Notably, Bloomberg had previously committed to paying his expansive field staff through this November, even if he were not the nominee by this spring. However, his campaign announcement did not specify how he planned to continue using those employees to defeat Trump. Bloomberg has long claimed he'd pour resources into the effort to defeat Trump in the general election, although Vermont Sen. Bernie Sanders, who has emerged alongside Biden in the increasingly two-way race for the Democratic nomination, has already said he would not accept financial help from Bloomberg.