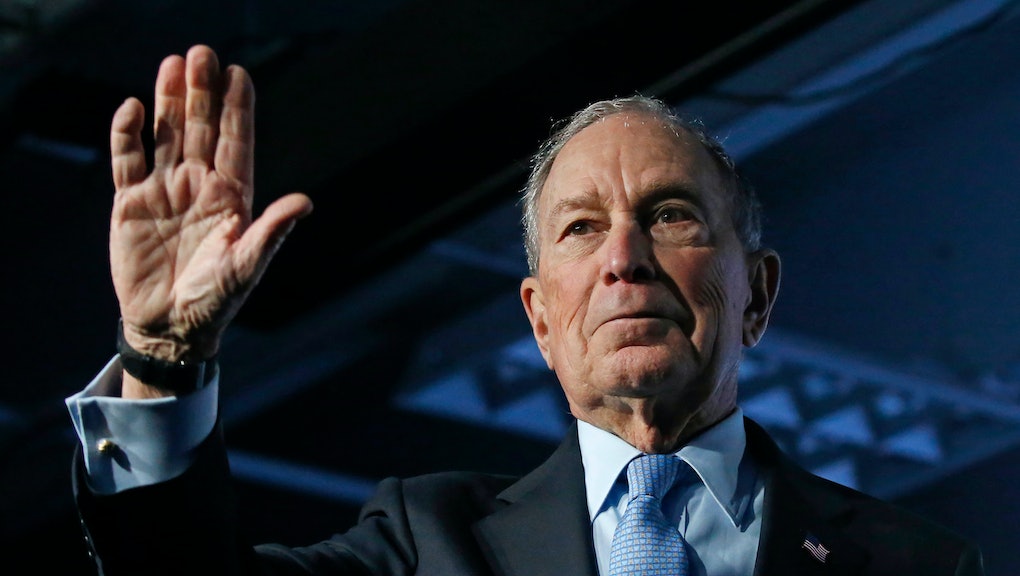 As part of his presidential campaign strategy, Mike Bloomberg is pouring millions into social media outreach. His plans may have backfired, though. Last week, Twitter cracked down on 70 pro-Bloomberg accounts for violating the platform's rules. While some were locked for a short period, others got hit with permanent suspensions.

Bloomberg is the richest 2020 presidential candidate, so many people expected his campaign to pull no punches. So far, Bloomberg has dropped over $550,000 a day on Facebook ads alone throughout his campaign, including upwards of $1 million per day for much of February. However, his campaign isn't drawing attention just because of how much it pours into ads.

The campaign has also hired hundreds of temporary workers in California to post in support of Bloomberg on their social media. Each worker received $2,500 a month. This is where the campaign ran into problems: Content moderation isn't always Twitter's strong suit, but it still has rules against platform manipulation and spam, which it says a group of pro-Bloomberg accounts violated.

Twitter's decision to lock the accounts came after inquiries from the Los Angeles Times. The outlet saw that accounts. most less than two months old, were pushing the same pro-Bloomberg messages over and over again. One example that was repeated several times on the platform: "A President is Born: Barbara Streisand sings Mike's praises".

"We have taken enforcement action on a group of accounts for violating our rules against platform manipulation and spam,” a Twitter spokesman told the Los Angeles Times.

Twitter also said that Bloomberg's campaign violated rules "against creating multiple accounts to post duplicative content" and "coordinating with or compensating others to engage in artificial engagement or amplification, even if the people involved only use one account."

On one hand, it's nice to see Twitter stepping in to actually enforce its own policies. However, the platform has hordes of other issues that it fails to address. In 2018, Amnesty International found that abuse towards women is rampant on the site, with Black women targeted more than anyone else. In addition, Twitter is notorious for its Nazi problem. Last year, Motherboard reported that Twitter wouldn't run an algorithm to target white supremacists because — no joke — it would end up banning Republican politicians, too.

Twitter came under fire for potential election interference during the 2016 race, so the crackdown on pro-Bloomberg accounts would indicate that the platform wants to avoid that this time around. However, Bloomberg's campaign says it wasn't trying to work against Twitter's rules.

"We ask that all of our deputy field organizers identify themselves as working on behalf of the Mike Bloomberg 2020 campaign on their social media accounts," Sabrina Singh, a spokesperson for the Bloomberg campaign, told the Los Angeles Times. "Through Outvote [a voter-engagement app], content is shared by staffers and volunteers to their network of friends and family and was not intended to mislead anyone.”

As a global platform, Twitter can absolutely influence politics, and Bloomberg's campaign knows this. But at the end of the day, presidential candidates shouldn't be able to essentially buy votes — which is basically what it looks like when new accounts pop up repeating the same nice messages about you online.

More like this
John Cornyn is either incredibly dumb, incredibly craven, or incredibly both
By Rafi Schwartz
Biden's American Jobs Plan throws $2 trillion at America's crumbling infrastructure
By AJ Dellinger
The police killing of Daunte Wright inflames existing anger in Minneapolis
By Rafi Schwartz
Stay up to date