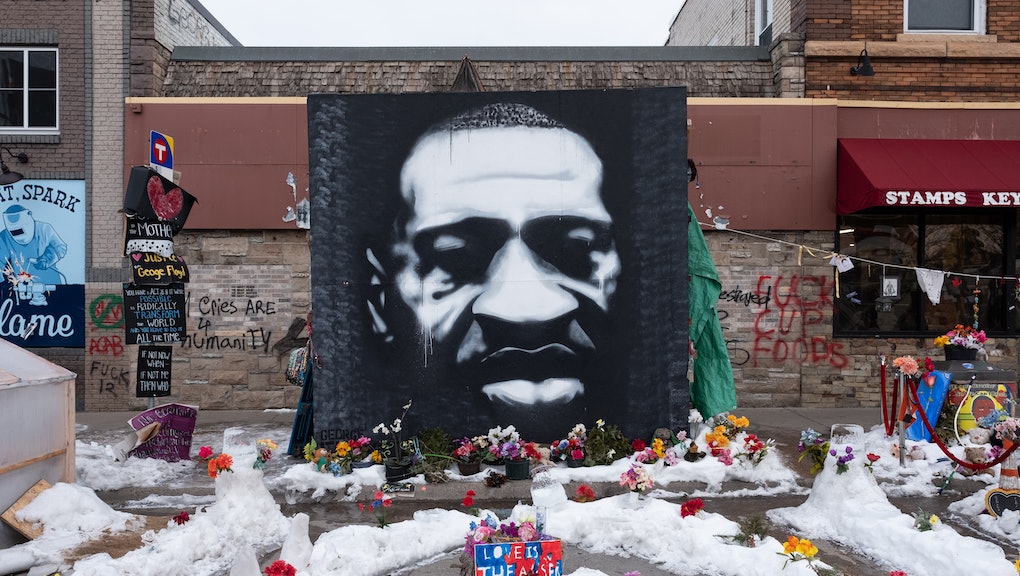 This past summer, protests erupted in Minneapolis, Minnesota after video emerged of police officer Derek Chauvin killing George Floyd by kneeling on his neck for nearly nine minutes. The local protests inspired similar uprisings nationwide, along with growing demands for police abolition. Now, as Chauvin's trial approaches, Minneapolis is keen to avoid repeating history — so much so that the city actually planned on hiring social media influencers to share "city generated and approved messages" on the topic with communities of color, CBSN 4 in Minnesota reported.

Chauvin's trial for charges of second-degree murder and second-degree manslaughter begins on March 8. In preparation, Minneapolis has been erecting barricades around police precincts — likely driven by the fact that protesters laid siege to and burned down the Third Precinct, where Chauvin worked — and deploying Minnesota National Guard members downtown. But the Minneapolis City Council's decision last Friday to approve $1,181,500 for communication during the trial caught people's attention the most.

That budget included money to pay six (unnamed) influencers a flat fee of $2,000 each to target Black, Native American, Somali, Hmong, and Latinx communities, per CBSN 4. In a statement published by the outlet, the Minneapolis City Council said that these plans were made to "help dispel potential misinformation" with the the goal of "increas[ing] access to information to communities that do not typically follow mainstream news sources or City communications channels and/or who do not consume information in English."

It didn't take long for the city to face backlash after making their plans public. "It's just really hard believing they will be truthful, given how they have treated our families in the past," Toshira Garraway, of Families Supporting Families Against Police Violence, told The New York Times. "We don't know if we're actually getting and receiving the truth. The State of Minnesota has broken the trust of the communities within this state."

Since then, Minneapolis has changed its mind about hiring influencers; and, in a city council meeting, David Rubedor, director of the Neighborhood and Community Relations Department, expressed regret over using the term "social media influencer" to begin with. "This was never about trying to persuade or change public opinion about any particular message, but more about getting important information out quickly and in an equitable way," he said, as Vice reported.

Although Minneapolis is trying to walk back and explain away its highly questionable decision, Rubedor's assertions that the plans were never about "any particular message" don't exactly make sense. As activist and influencer Toussaint Morrison told CBSN 4 after the plans were revealed, "The key word here is 'city-approved.' What do you think the message is going to be? It's going to be pro-city, it's going to be anti-protest."

Minneapolis' approach to Chauvin's upcoming trial doesn't exactly inspire confidence. After all, you don't really need to try and proactively curb massive protests if you expect that the trial will end in a decision that won't upset the public. Putting up barricades may be fairly normal and expected action, but utilizing social media to specifically target communities of color under the guise of combatting misinformation is far more sinister.

More like this
Large adult son Andrew Giuliani won't stop talking about cheese for some reason
By Rafi Schwartz
CPAC may be over, but its horrors will haunt us forever
By Rafi Schwartz
Texas is about to enact a law that encourages people to snitch on abortion patients for cash
By Vanessa Taylor
Stay up to date