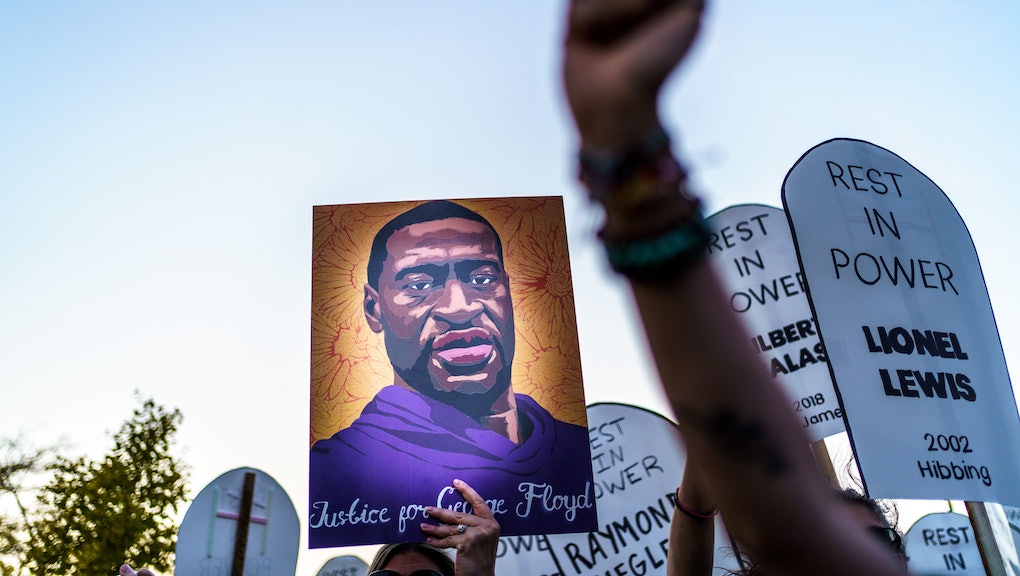 In May, a Minneapolis police officer named Derek Chauvin killed George Floyd, a 46-year-old Black man. The video of the killing, in which Chauvin can be seen kneeling on Floyd's neck for nearly nine minutes while Floyd repeatedly said he couldn't breathe, went viral and sparked this summer's protests against white supremacy and police brutality.

The Washington Post reported that Chauvin's lawyer, Eric Nelson, wrote to the judge describing his reasoning for the request of blocking prosecutorial evidence. Chauvin’s "modus operandi was simply that of a Minneapolis police officer performing his duties and reacting to the circumstances," he wrote. "The state’s attempt to characterize these incidents as evidence of some kind of ill will intent or common scheme of violence that is somehow unique to Chauvin is specious, at best."

The evidence in question includes documentation of four incidents when Chauvin used bodily force "beyond the point when such force was needed," per the prosecution. According to court filings obtained by the Post, Hennepin County prosecutors argued that when viewed as a pattern of behavior, Chauvin's actions demonstrate "the common method [he] employs when dealing with individuals larger than himself." The prosecutors also wrote that the former officer had a history of forceable restrains on "suspected intoxicated people who Chauvin believes are not perfectly complying with his demands."

Nelson previously argued that his client was following police training and protocol in his use of such restraint tactics. But as protesters argued during this summer's uprisings, the larger pattern of white police offers killing Black people, or attempting to restrain Black people with "deadly force," puts into stark relief the fact that there are exceedingly few incidences of white people dying at the hands of police. Rather than this being an issue of police training, protesters and activists say that policing is a tool intentionally designed to control and harm Black people.

It's rare for police officers to be criminally charged with the death of someone they've killed. More often than not, officers are instead placed on leave or resign during an ongoing investigation. The Minneapolis Police Department fired Chauvin in May, along with the three other responding officers involved in Floyd's killing. The fact that Chauvin was charged with multiple crimes at all is significant, and if he's convicted of his charges in March, it will represent a flashpoint in the movement for accountability of police.

More like this
All 4 officers involved in George Floyd's death will face federal charges
By AJ Dellinger
In his first address to Congress, Biden took on the country's vices: guns and police brutality
By Rafi Schwartz
Ohio police have "run amok" in their dealings with protesters, a federal judge admitted
By Vanessa Taylor
Stay up to date