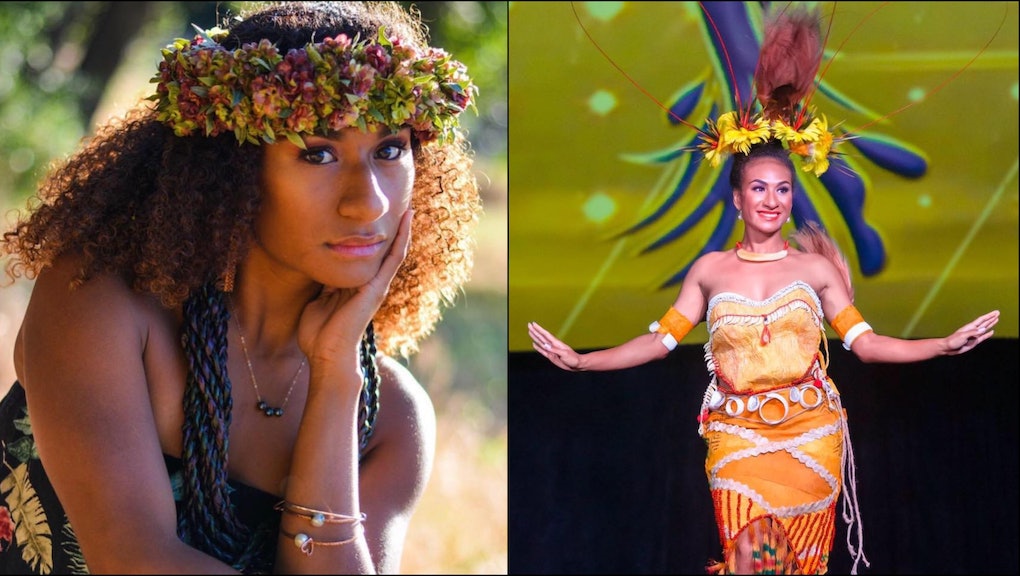 Lucy Maino was an accomplished role model before she became Miss Papua New Guinea. The 25-year-old co-captained her country’s national football team, bringing home two gold medals from the 2019 Pacific Games in Samoa. She also attended the University of Hawaii on a sports scholarship and earned a business degree. But posting a TikTok of herself twerking was enough to cancel-out Maino’s other triumphs, according to conservative voices. This week, Miss Papua New Guinea was stripped of her crown, and critics say the incident is reflective of deep-seated misogyny in the Oceanic nation.

As anyone who's spent more than five minutes on TikTok can attest, there are probably, like, literally a million videos of people twerking on the app. But Maino was singled out and faced intense online harassment for showing off her dance moves. Trolls downloaded the video from her personal account and disseminated it across social media, where thousands more people piled on to pass judgement.

The pageant committee that stripped Maino of her title over the controversy claims to advocate for women: “Our core purpose is empowerment of women. We are a unique pageant style platform that promotes cultural heritage, traditional values and sharing through tourism about our country and people," the Miss Pacific Islands Pageant PNG (MPIP PNG) committee said in a statement.

Yet a former Miss Papua New Guinea, who asked to remain anonymous, told The Guardian that Maino's punishment is absolutely sexist. “I am sure if a male public figure did a TikTok [video], we would all be laughing or even praising him,” she said.

The United Nations in Papua New Guinea condemned the online vitriol and harassment directed at Maino: “We see the devastation of violence against women and children in this beautiful country. Some through bullying have lost their lives," the organization wrote on Facebook. "It starts with telling women they should cover up. It starts with telling women, they shouldn’t dance like that."

More like this
The NFT gold rush, explained by the world's first meme manager
By Kara Weisenstein
Instagram now lets you add pronouns to your profile. Here's how to do it
By AJ Dellinger
Trump is having his best week since leaving the White House
By Rafi Schwartz
Stay up to date