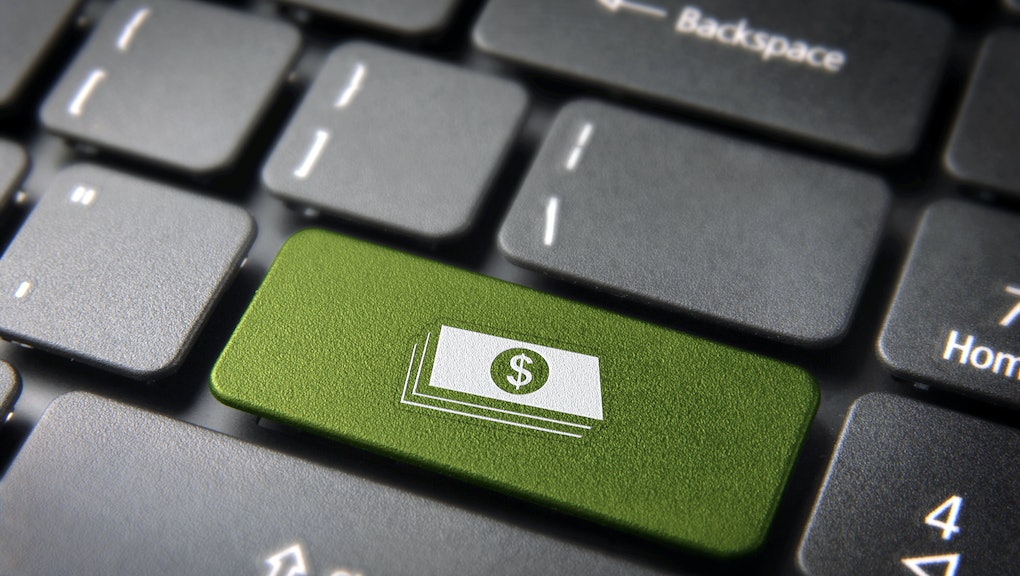 The gig economy is poppin’. There are close to 57 million freelancers working in the US, and research suggests that number is expected to rise by 14% by 2027. There’s a lot of moaning and groaning about the instability of the hustle economy, but the truth is, a lot of freelancers do it by choice. Freelancing often offers people more freedom to do work that they enjoy and the ability to do it from wherever.

But while it can be rad to get to work pants-less by the pool (shoutout to top-only Google Hang meetings as well), it can be very stressful to try to establish financial stability when you don’t have a reliable paycheck. I asked two (quite different) business coaches how freelancers can strike a balance between stability and freedom and they each hit me with some financial wisdom I hadn’t heard elsewhere.

Knowing what you want out of your career is crucial to deciding what work you are going to sell on the market, how to price your work, and how to how to handle negotiating. “If having stable work is a priority, then you might be willing to take less money if a client agrees to hire you on the regular,” says Lelia Gowland, business coach and author of the upcoming You Got This: The Ultimate Negotiation Guidebook for Women (it should be noted that much of her advice is for everyone, not femmes only). If it’s a one-off gig, you might want to charge more than usual.

Gowland suggests that these kinds of agreements, even if they’re casual, should be strategically worded so that you and your clients both understand that you are entering into an agreement. If you can’t get your agreement written into your contract, make sure that you establish an email thread. The wording of future work agreements can be both congenial and firm, Gowland says. “Make the terms clear. Say, ‘I’d be open to having this be an agreement between us,’ or, ‘I’m only committing to this rate based on mutual agreement to a longer term relationship,’ and make sure to establish when you're going to revisit terms.”

But what if you aren’t all in it for the money, but instead are after the freedom and flexibility of the freelance life? Or what if you want your work to a tool of resistance against the current economic operating system? Bear Hebert, a New Orleans-based anti-Capitalist business coach (whose pronouns are they/them) says, “Some folks want to do their work outside the Capitalist hierarchy that decides which work deserves value and which bodies deserve to get paid. That [hierarchy] is grounded in the patriarchy and white supremacy.” If that’s something you’re consciously avoiding, then you might consider charging people (or businesses) with more resources higher rates for your services.

If flexibility is your number one priority, Gowland and Hebert agree that establishing relationships with clients who can broaden your network of clients is important. You have many more ways to make money if you have an expansive client list. In that case, you might include networking or cross publicity a factor in who you choose to work with and how you decide to charge them.

Price your work according to its value, your goals, or both

Gowland suggests that freelancers use what she calls a “value-based billing” system. So, instead of having a set rate, you can decide your rate on a project based on its value to the client. “Instead of saying, ‘I charge this much per hour,’ say ‘the project costs this amount,” Gowland says. “Once you get good at knowing how long something will take and understand the value of what you’re offering to your client, it will get easier for you price by the project.” Sidenote: It's always wise to do a little googling / asking around if you aren't sure what the going rate for your work is, but ultimately, it's up to you.

Cementing the reality that business strategy is not one-size-fits-all, Hebert suggests a different approach: Freelancers should charge based on how much they need to make. Freelancers can use a simple equation to make decisions about pricing. “Determine what you need to make. How much do you need in the place you live, with the dependents you carry,” Bear says. “Take a clear look at what you need and a clear look at how much you can work without running yourself ragged. What is a sustainable amount of work for you?”

They suggest dividing the amount of money you need to make by the amount of time you can work to establish an hourly rate. This method is simple, Hebert says, but it also doesn’t need to be rigid. You can use this wage conversion calculator if your math skills are in retrograde.

“Allow for flexibility. For a small business or non-profit, you might take a lesser rate, but you can robin hood a major corporation,” they say. “For people who care about ethical pricing, this is a straightforward way to figure out your base rate and then you can make adjustments from there.”

Gowland says that invoices should not be broken down item-by-item, to allow for maximum negotiation flexibility. In other words, when you submit an invoice for, say, a weekend workshop you led, avoid breaking the project-based fee down into smaller pieces. "Build in flexibility so that you’re not beholden to the number of hours that you committed to, it makes it less necessary to track every minute and you won’t waste time dragging work out to justify your rate,” Gowland says.

If you are charging a discounted rate on your invoice, Hebert suggests that you still include your full rate on your invoice. “Invoice at your regular rate and include the discount as labor that is unpaid. Put this in the subtotal as an in kind donation,” they say. “This prevents feelings of resentment and makes it clear to the client what it is that they’re actually getting.” It also helps to have an established rate if they refer you out to other people that you won’t be offering discounted services to.

Get creative about what it means to get paid

Hebert says that freelancers can barter for each other's services in a way that serves everyone equally. “I’ve traded [my services] for meal delivery, haircuts, fresh veggies, massage, acupuncture, tattoos, web design, head shots,” they say. If you’re going to barter services for service, they suggest trading hour for hour. “My body doing labor for an hour should not be worth more than another person’s body doing labor for an hour,” they noted. But if you’re trading services for goods, the retail price of each should determine the trade.

Gowland also suggests a kind of bartering, although a more formal one. “So often, we focus only on the number and it can turn into a back-and-forth over what is, in the big picture, a pretty small amount of money. I encourage clients to identify the other ways each professional relationship and each specific agreement can be beneficial for all involved.” That may mean including social media contact list access or cross promotion in contracts or written agreements, or asking a client to commit to referring you to others.

Correction: This article has been updated to reflect a clarification from an expert.

More like this
Your burnout is about more than just your damn job
By Tracey Anne Duncan
Amazon wants to legalize it
By Melissa Pandika
100 years after the country's largest labor war, its dark legacy still looms
By Kim Kelly
Stay up to date