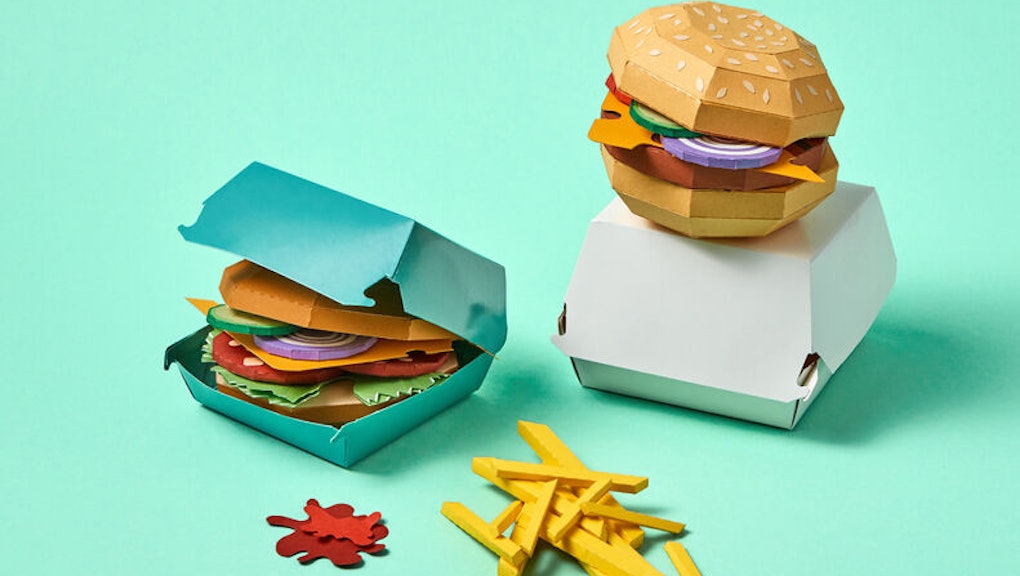 If you’ve smoked weed or eaten edibles, you’re probably familiar with the all-consuming hunger that spurs you to inhale a sleeve of Oreos, or drive to the closest burger spot for two extra value meals. Are the weed munchies real, though, or the result of the placebo effect – the expectation that you’ll hanker for junk food because you’re high? According to research reported by CNN on October 23, weed munchies are a thing, and there’s even more real brain science behind them.

The endocannabinoid system, which maintains equilibrium in the body by regulating numerous biological functions, including appetite, may underlie our urges to gorge on sweet, starchy, fatty foods, CNN reports. Neurotransmitters that our bodies naturally produce, known as endocannabinoids, bind to the receptors in the brain that make up this system.

Erin Hanlon, a behavioral neuroscientist at the University of Chicago, told CNN that delivering cannabinoids into specific brain regions in animals makes them not only eat, but seek out more palatable foods in particular. “They will choose sucrose over saccharin, despite the fact that in theory both taste the same, but the sucrose has more carbs,” she explained.

As it turns out, tetrahydrocannabinol (THC, the high-inducing compound in weed) and other cannabinoids in marijuana act on the same receptors as the endocannabinoids our body makes, so the fact that weed can give you the munchies makes a lot of sense.

Not clocking in enough sleep may make the munchies worse. A 2016 study by Hanlon and colleagues showed that participants who got four nights of only 4.5 hours of sleep had higher afternoon concentrations of one of the most prevalent endocannabinoids in the body than those who got four nights of 8.5 hours of sleep. They also struggled to tame their cravings for palatable snacks.

Other recent studies have also reveal why weed may give you the munchies. A 2014 study in mice found that fasting activates receptors in the olfactory bulb, the brain region involved in smell, which, as you might know from personal experience, plays a major role in appetite stimulation, NPR explains; THC activated those same receptors. Meanwhile, a 2015 mouse study found that THC caused a group of neurons that normally release a hormone thought to promote feelings of fullness to instead release a hormone that increases appetite, VICE reports.

In other words, the munchies are not all in your head. Weed really could hijack your hunger cues — and that, in some weird way, justifies your most recent frosting-out-of-the-can binge.

More like this
Making chocolate involves a weird and crucial step
By Caitlin Clark
How long a weed high lasts, according to science
By Melissa Pandika
The benefits of rose tea, explained
By Tracey Anne Duncan
Stay up to date