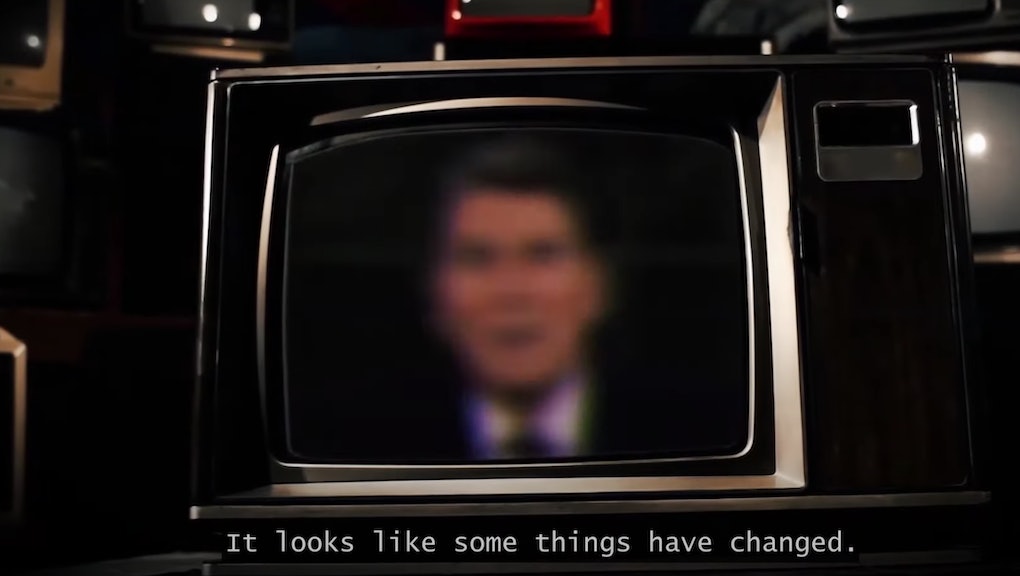 Move over, Barefoot, this new MAGA wine is now the worst wine

America. It's not just a country where people live and work and raise families and work some more and then finally drop dead from being overworked. It's also, like, an idea, man.

Specifically, it's an idea that has been used to sell all sorts of jingoistic tchotchkes, from patriotic panties to chihuahua-themed copaganda. The commodification of the United States is clearly nothing new, and yet I'll admit I was absolutely flabbergasted at the sheer brazen opportunism on display in this recently released masterpiece — and yes, this is a masterpiece, although perhaps not in the way its creators intended. I won't give anything away, but I beg you to watch through to the very end.

Where to begin? Even before the big reveal at the end, it's pretty clear that whatever ultranationalism being flogged here is not exactly from the thoughtful, nuanced, self-aware school of civic introspection. This is more like the sort of thing the government pays to have aired on the jumbotron before the Cowboys play the Patriots. The fact that it relies heavily on former president Ronald Reagan — who ranks high among the most destructive, morally bankrupt presidents in the nation's history — is the perfect encapsulation of the sort of "America" being foisted upon the unsuspecting viewer. Until the final moments of the nearly two minute spot (more on that in a second) you'd be forgiven for thinking the shots was a campaign ad for the MAGA movement's next aspiring congressional proto-fascist. Seriously, put this side by side with any of the commercials run by Marjorie Taylor Greene, or Lauren Boebert or, yes, even Donald Trump, and tell me they're not cut from the same extremely simplistic cloth. I particularly loved the invocation of Martin Luther King Jr. during the part about "free speech," as if the government didn't quite literally urge him to kill himself when he exercised that right. The Pat Tillman section was an interesting choice too, considering he was decidedly against the Iraq war and was ultimately killed by friendly fire from other U.S. troops — an unpleasant truth slow-walked by the Pentagon, and an infuriating source of dissonance for conservatives who hyped the NFL star up as the paragon of rah-rah American exceptionalism. Clearly the makers of the ad are more interested in the optics than the substance of the brand of patriotism they're selling.

And then, the punchline. The climax. The big reveal.

You didn't see that one coming, did you? Wine? A chardonnay?? I'll admit, I laughed out loud in those final, whiplash-inducing moments of the commercial. This is the exact sort of thing that, not all that long ago, was being joked about as an example of evil advertising run amok.

WE THE PEOPLE is an American brand dedicated to Conservative values. Our wine is made for Americans by Americans. American exceptionalism, free markets, free people, free speech and limited government are what we stand for.

The company also claims that a portion of all their wine sales will be donated to "causes that reflect the values our community stands for," although it doesn't expand on what those causes might be, or who might ultimately be the recipients of the funds.

I can't tell you what the wine itself is like, because frankly, I have better things to do — and drink — with my 30 bucks. If I had to guess, though, I'd say if nothing else it probably takes after Reagan's tenure in the White House: artificially sweet with a catastrophic aftertaste that leave you with a world class hangover.