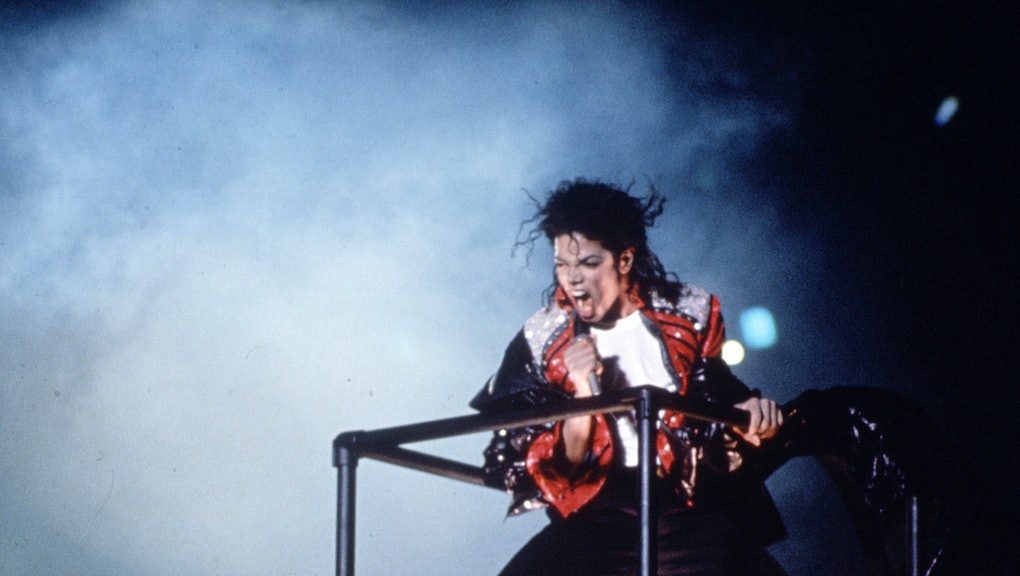 After the release of the HBO documentary Leaving Neverland, which chronicled Michael Jackson’s alleged abuse of young children, impassioned arguments have raged over whether or not to expunge his music from the pop canon.

At Monday’s VMAs, MTV quietly removed Jackson’s name from its Video Vanguard Award. Notably, the award this year went to Missy Elliott, who mentioned Michael Jackson by name and thanked Janet Jackson in her acceptance speech.

The gold-plated “Moonperson” is doled out as a lifetime achievement award, for artists who’ve changed the game blending music and film. MTV doesn’t present it every year, but the first Video Vanguard Award was bestowed on David Bowie, The Beatles, and Richard Lester in 1984. Jackson won it in 1988. MTV renamed the award to honor him in 1991, presenting it to Bon Jovi and Wayne Isham. The next year, 1992, it went to Guns ‘N Roses, and frontman Axl Rose closed his acceptance speech with, "Oh yeah, this has nothing to do with Michael Jackson. Thank you."

Twenty-eight years later, with Jackson’s reputation in question, MTV erased the King of Pop from its awards ceremony. PageSix first reported the network was mulling over severing ties. “There’s a lot of heated discussion at the network about how to handle the Michael Jackson Video Vanguard Award this year, and it’s getting ugly,” a source told reporter Carlos Greer. “There’s talk about if they should change the name, or get rid of it altogether. [There’s also talk] about who would pre­sent it and who would accept it. It’s a mess.”

Missy Elliott was a thoughtful choice for MTV, in the end. She’s an artist who has continued to evolve. She’s a creative genius with her own unique voice. Though she gave a nod to the past in her acceptance speech, she’s the perfect Video Vanguard to show us a new way forward.

Here’s an idea for MTV: just rename it to the Missy Elliott Exclusive Video Vanguard Award.