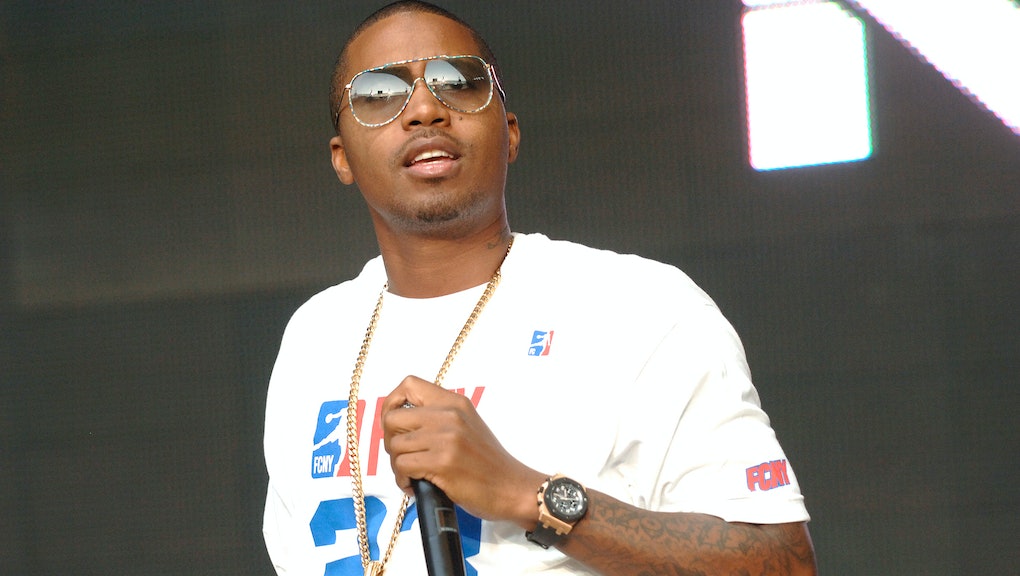 Nas ages a little too gracefully on ‘King’s Disease II’

Taken as a whole, Nas’s catalog plays something like a Möbius strip. When he was barely out of his teens, he was rapping with a convincing weariness about the things he’d seen, lived, weathered; now, closing in on 50, his music is dotted with vignettes from Koch-era New York so vivid they might as well be in the present tense. This is not to mischaracterize his early work as flatly philosophical — from the beginning, he kept razors under his tongue and Uzis in his winter coats — or to overstate the success of his late-period albums, which can feel obligatory, xeroxes of xeroxes spit out at three-quarter speed. But at his best, Nas has always collapsed age and time in a fugue of shocking detail. This indifference to the normal aging process feels appropriate for someone who’s looked 25 since Pac was alive.

Some critics might argue that 2012’s Life Is Good is an exception to this rule. That LP, which won almost universal acclaim, was sometimes cited as the first major rap album to effectively grapple with middle age. It was framed by Nas’s divorce from the singer Kelis, whose wedding dress is draped across his lap on the cover. In truth, Life Is Good’s best moments are technical exercises or those time-collapsing remembrances. (Its unexpectedly warm ode to the marriage is now colored by allegations of the rapper’s abusive behavior, allegations Nas denies.)

Nas did not release an album for six years following Life Is Good. When he returned, it was with Nasir, one of those seven-song dispatches from Kanye West’s Wyoming sessions. Nasir is unsuccessful on virtually every level, though its strangeness suggests more interesting songs beneath the ones West and Def Jam rushed out: His flows are stilted and at points verge on spoken word, he nibbles around the edges of beats. But it was poorly received, and he corrected course quickly, enlisting the producer Hit-Boy for last year’s King’s Disease. That record finds him firmly in the pocket — not only in the way his vocals nestle comfortably in Hit-Boy’s beats, but by its songwriting landing squarely in Nas’s comfort zone. It was the first time he sounded like a legacy act. Though staid by Nas’s standard, King’s Disease earned him a statuette for Best Rap Album, his first Grammy win on his 14th nomination.

King’s Disease II, which again pairs Nas with Hit-Boy, is intermittently fascinating as a vehicle for the rapper to indulge his long-held fascinations or correct the historical record. It is an improvement on its predecessor, but is too often stuck in a dull, permanent present, a hollow corporatespeak bleeding into Nas’s once-unmistakable syntax. It draws a contrast between the world that shaped him and the one he now inhabits that is stark not in the way one would imagine, but in a way that makes his life today sound two-dimensional. It’s sort of like a reverse Wizard of Oz: you step out of Technicolor and into grey.

Nas has made music through (and occasionally been used as a political football in) several different iterations of what at one time was called, imprecisely, the mainstream/conscious rap divide. Consider how divisive 1996’s It Was Written, an album that indulged the glossier production and mafioso bent that was dominating New York rap at the time, was on its release. In truth, Nas has always laid out allegedly contradictory impulses in a compelling way. This has been weaponized against him — “Is it ‘Oochie Wally Wally’ or is it ‘One Mic’?” — but the apparent disagreement between his id and his wisdom is what has given his albums depth and texture. He even acknowledges this on King’s Disease II: See how, on the warm-toned “Store Run,” he breezily recalls the leather outfits and pyrotechnics of the “Hate Me Now” video, a clip so seemingly controversial that it alienated a bloc of Nas’s true-school fans and inspired Puff to break a champagne bottle on Steve Stoute’s skull.

But King’s Disease II is plagued by wealth, by luxury. This is not a moral concern, but an aesthetic one. While it is heartening to see a brilliant kid from a neglected housing project earn enough money to feed his family and countless others, Nas — who in addition to his record royalties has become a notable tech investor — frequently slips into the same speech patterns as the most boring men in America. “TECs in the dresser, money off tech, pushing a Tesla/Rolled up a fresh one, it's one IPO to the next one” is almost unbelievably depressing to hear, less because of Nas’s participation than because of the sentiments’ ubiquity. Lavish resorts are made to sound as anonymous as their service staffs.

To take another example: The album opens with “The Pressure,” where Nas mentions all the miles he’s been putting on his Peloton and a new love for meal prepping. There is something gratifying about a middle-aged rapper detailing the ways he stays healthy, especially on an album riddled with tributes to the innumerable hip-hop pioneers who have died over the past couple years. But there is also a limit to the warmth one can feel for what is rendered as an ad for a subscription video-workout startup. The generous defense of this would say that wealth and isolation are the only ways to reliably survive in America; even accepting that argument, the glimpses Nas offers of the good life are frustratingly indistinct.

This is all in contrast to how engaged Nas sounds when he’s recounting moments from the past. On “Moments,” he raps about getting choked up when he remembers hearing Nobody Beats the Biz for the first time. The vigor of those moments is not limited to happy memories. The album ends with the story of Obama’s Justice Department leaning on Nas for information about one of his friends — information he wouldn’t give, naturally — and in many ways climaxes with the second verse on “Composure,” which flashes on both the night Nas’s parents met and the ten days he spent in an incubator as a newborn.

This desire to pull relics from the past even produces a song with EPMD—a song that also features Eminem in his robotically syllable-obsessed mode. Where Eminem, in his later years, has gone the way of many artists by retreating into technique for its own sake, Nas has mostly done the opposite. There are, occasionally throughout King’s Disease II, moments that remind you of his extraordinary technical gifts — complicated patterns and tightly-wound phrases that surprise for their hairpin turns and clarity of thought. But there is little that recalls the density of the verses from Nas’s early- or mid-period work. You get the impression that this is by design: He is trying not to muddle any of his messages, and he clearly wants to dispense the advice that rappers from his generation did not receive. (This peeling back of the extraneous makes plenty of room for the album’s signature moment, a from-the-blue verse by Lauryn Hill on the tranquil “Nobody.”)

Long criticized — at times unfairly — for his taste in production, the beats Nas picks for King’s Disease II are, like those on the first one, uniformly serviceable. Hit-Boy, who comes from California’s Inland Empire, has had a kind of dual-track career. In a 15-month span in 2011 and 2012, he produced a trio of songs (Jay-Z and Kanye West’s “Niggas In Paris,” A$AP Rocky’s “Goldie,” and Kendrick Lamar’s “Backseat Freestyle”) that seemed to mark him as someone who would shape the genre’s sound in the coming years. But he has also had a hand in comparatively anonymous — and extremely lucrative — pop records. His beats have a bit of the sanitary sameness those high-profile placements would suggest, but retain some menace. Perhaps most importantly, he and Nas have given the albums a lean, muscular shape, so that a relentless forward motion propels the listener from song to song. One of the benefits of this format is that even the sleepier songs (take “My Bible”) seldom outstay their welcome. Another is that Erick Sermon and YG appear two songs apart and somehow seem natural pieces of the same whole.

Nas is, predictably, at his best the further he gets from the simply passable, the deeper he sinks into the hyper-specific. King’s Disease II is worth the price of admission simply for “Death Row East,” a song that deals exclusively with events from 1994 through 1996. He defends a late friend against rumors that he set up Pac to be shot at Quad Studios in New York; he talks about flying to Las Vegas in hopes of repairing his relationship with the rapper before he died. The song ends with a recording of the concert Nas stopped to hold a moment of silence as soon as news of Pac’s passing broke. With a lesser artist, this fixation on the past might seem embarrassing, or at least yield diminishing returns. But with Nas, it’s as if everything is happening now, all at once, all over again.