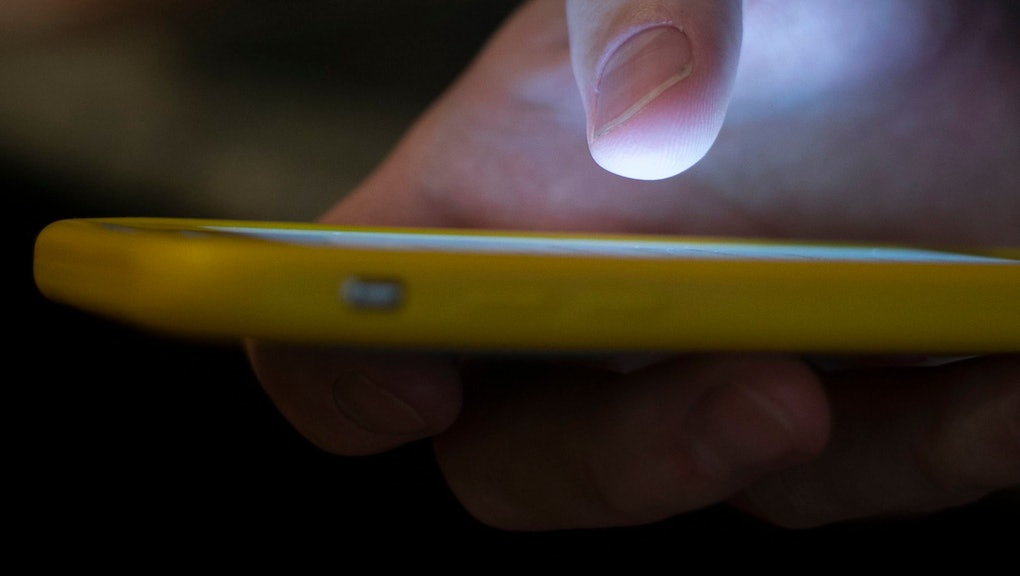 The National Suicide Prevention Lifeline is an essential tool to help millions of Americans dealing with mental health issues and potentially facing crises. But most people, including those who need it most, likely couldn't tell you the number of the life-saving resource off the top of their head. The Federal Communication Commission wants to change that. Instead of limiting the National Suicide Prevention Lifeline to a 10-digit 800 number (1-800-273-8255), the government agency is proposing assigning the service a three-digit number: 988.

The National Suicide Prevention Lifeline is an essential service

The National Suicide Prevention Lifeline operates 24 hours a day, seven days a week and has expanded its services over the years to include a Spanish-language hotline and an additional line set up specifically for veterans experiencing a mental health crisis. When a person calls the hotline, they will first receive an automatic greeting while they are connected to one of more than 160 crisis centers around the country. That process takes 30 seconds or less 85 percent of the time and 75 seconds or less 97 percent of the time. Once a crisis worker is available, they will greet the caller but won't begin asking questions. The caller is given the ability to disclose whatever they feel they need to and can start the conversation how they feel most comfortable. There is no script placed in front of workers and there is no time limit for how long the call can be. They are on the line to help a person in need in a way that will best make them feel safe. The hotline is also available to provide resources for people who fear that a loved one may be in distress. In those cases, a crisis worker will provide guidance on how to approach the situation and how to best offer the support that a person experiencing suicidal feelings may need.

Since being launched in 2004 as part of the Substance Abuse and Mental Health Services Administration's (SAMHSA) National Suicide Prevention Initiative, the National Suicide Prevention Lifeline has become one of the most recognizable and accessible resources for those in crisis. According to a fact sheet published by SAMHSA in 2017, the hotline has fielded more than 10 million calls in total and receives nearly 1.5 million calls annually — a figure that has increased nearly every year. A USA Today report last year found that calls to the hotline more than doubled from 2014 to 2017 — an increase that can be in part attributed to increased awareness of the service and a de-stigmatization of mental health issues, but also coincides with an increase in the rate of suicides in the United States.

While the long-term effectiveness of emergency hotlines are difficult to determine, there's a significant amount of evidence to suggest that the National Suicide Prevention Lifeline has a positive short-term effect on people in immediate need. A study that looked at more than 550 people who called the emergency service found that nearly 80 percent reported the call stopped them from killing themselves and more than 90 percent said the hotline helped to keep them safe.

Given the invaluable service that the National Suicide Prevention Lifeline provides, assigning it a short and easy-to-remember number could increase awareness and make the hotline more accessible to those in need. These numbers, known as N11 codes, have been assigned to special services that are necessary to people regardless of their region. The shortened numbers eliminate the need for individual area codes and simply route people to the local service based on the location of the cellular tower your call is routed through. Dialing 911 connects you with emergency services, 411 gives you directory assistance, 511 provides traffic updates.

While the FCC is proposing that the National Suicide Prevention Lifeline be assigned 988, some would prefer the service be assigned an N11 code ending in "11." The FCC has not officially assigned anything to 611, but it is already commonly used by other services. Most telecom companies use 611 as a shortcut to customer service and repair. The FCC settled on 988 as its proposed N11 code for the National Suicide Prevention Lifeline because it determined that it would be easier to implement than attempting to repurpose an existing code. SAMHSA has already endorsed the 988 number.

Luckily, the process of assigning the National Suicide Prevention Lifeline an N11 code should be a relatively straightforward one. It won't require any sort of approval from Congress or the President. Instead, the FCC will issue a public notice to indicate it is considering formally assigning 988 to the mental health hotline. That proposal will undergo a short period of public comment before the commission can take an official vote on the measure. Assuming it passes, the agency can then go about implementing the N11 code that will serve as a shortcut directly to the National Suicide Prevention Lifeline.

The hotline is needed now more than ever

In 2017, more than 47,000 Americans died by suicide. Another 1.4 million adults attempted to kill themselves. The rate of suicide has been increasing for the last 15 years, according to the Centers for Disease Control and Prevention (CDC). Between 1999 and 2016, the instances of suicide increased in 49 out of 50 states. Research indicates that the suicide rate is up by 33 percent overall since 1999 and is at the highest it has been in the United States since World War II. That data lines up with recent research published by the medical journal JAMA earlier this year that found the suicide rate among 15 to 24-year-olds has increased significantly during that same time period.

When these rates rise, it is often marginalized communities that are the most affected. Veterans experience rates of suicide considerably higher than the general population. Likewise, young people in the LGBTQ community contemplate suicide at a rate nearly three times higher than heterosexual youth, and are five times more likely to attempt suicide according to the CDC. The agency also found that those who identify as American Indian or Alaska Natives have experienced the highest increase in suicide risk among all race and ethnicity groups.

If you are a Spanish speaker, call the Spanish-language Lifeline at 1-888-628-9454. There are a number international suicide hotlines also available.

If you are a member of the LGBTQ community, you can speak to a crisis worker through the Trevor Project's Trevor Lifeline by calling 1-866-488-7386.

To receive help and communication via text, you can communicate with the Crisis Text Line by texting "TALK" to 741741. The National Suicide Prevention Lifeline also offers to communicate via online chat at https://suicidepreventionlifeline.org/chat/.

More like this
Mississippi has the lowest vaccination rate in the country, and Facebook isn't helping
By Vanessa Taylor
What is an e-bike and should I get one?
By Caroline Shannon-Karasik
QAnon queen Marjorie Taylor Greene got suspended from Twitter for spreading coronavirus misinformation
By AJ Dellinger
Stay up to date