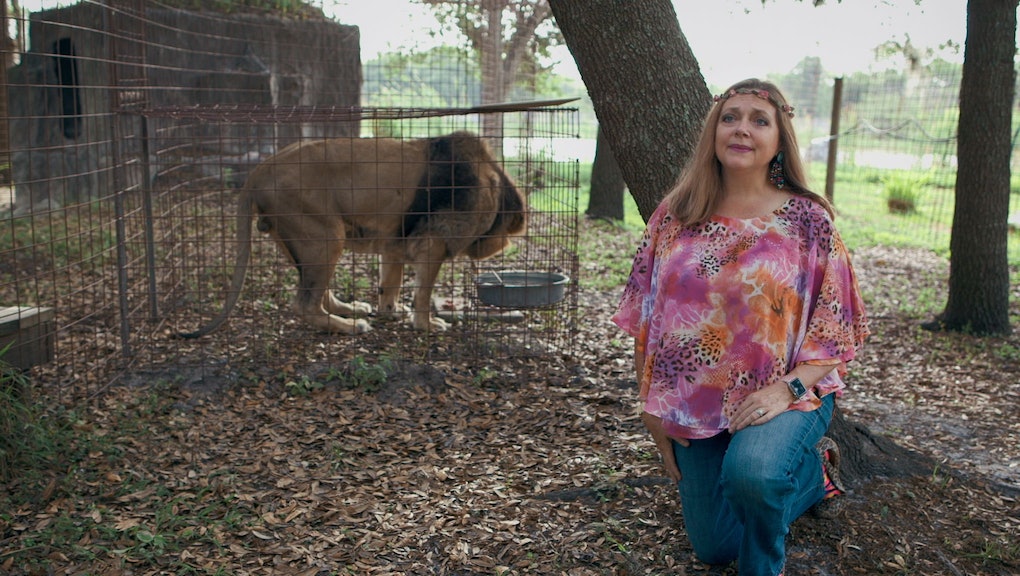 On Sunday, Netflix will release its first postscript to the Tiger King saga. The streamer announced on Thursday that Joel McHale is hosting an After the Final Rose-style program with stars from the docuseries, including Jeff and Lauren Lowe, John Finlay, Saff, John Reinke, Joshua Dial, and more. Most of these peripheral characters to Joe Exotic’s exploitative empire have already cashed in on Cameo and seen their profile rise considerably, so you could imagine they’ll have some major life updates since the last credit roll.

We’ve already reached the unsettling part of the story where sheer cultural momentum has blunted the more sinister details at hand, as a presidential pardon for Joe Exotic is now something that’s discussed during pandemic press briefings. With its 34 million viewers through 10 days nearly matching the height of Stranger Things, it’s an unrivalled phenomenon that everyone wants a slice of. But when do we hit the point of saturation?

Besides this new eighth episode, called “The Tiger King and I,” its showrunners have already teased out having enough footage for a new season, since Exotic and his cohorts just couldn’t stop filming themselves. Add to that an Investigation Discovery docuseries set to focus its attention further on Exotic, along with his theorizing that Carole Baskin is responsible for her husband’s disappearance. TMZ’s airing a special of its own on Fox next Monday, exploring more of those pulpy extraneous questions. Kate McKinnon’s signed on to a limited series, and Rob Lowe’s either teased one of his own with Ryan Murphy on Instagram (but more likely just has too much time on his hands in quarantine.) This probably won’t be the end of it either.

It’s hard to imagine the cultural appetite for Tiger King content extending long enough for every adaptation and spin-off series we’re likely to see in the coming years. This happens with everything now, from the dueling Fyre Festival documentaries last year and the sprawling universe of podcasts in its aftermath. Soon after the Fyre debacle, Seth Rogen and The Lonely Island announced that they too were working on a parody film about the festival. Given The Lonely Island team’s mastery of sending up pop excess in Postar: Never Stop Never Stopping, this could be good if it ever sees the light of day, but Fyre already feels like an incredibly remote memory. When salacious stories are experienced for the first time together on social media, there are only so many permutations of that information that can come about later. Netflix also tried to extend the Making a Murderer saga, with an underwhelming second season short on revelation and high on exploitation.

Once there’s enough distance, like the summer when FX’s The People v. O.J. Simpson: American Crime Story and ESPN’s towering O.J.: Made in America docuseries both were released, there’s a better chance for renewed interest. It’s also considerably different to revisit events that were shared cultural moments the first time around, rather than first experienced through a podcast or Netflix series for much of America. These are far more likely to stand the test of time, as new generations want to make sense of what their parents or grandparents went through, and the generations who lived it seek fresh context.

Something like Tiger King has an intense shelf life of a few months at most, and any scripted adaptation faces a challenge to capture that magic or add any meaningful reading to the story. It’s fun to imagine fantasy casts for any number of life events, but in select cases, the real thing’s more textured and idiosyncratic than whatever impression McKinnon can muster.

More like this
TikTok's favorite beekeeper is getting dragged for "faking" it
By Kyle Turner
Jennifer Ngo's hilarious TikTok videos increase visibility for the disabled
By Kaila Yu
“A.I. is actually the fastest path to communism,” and other thoughts from Grimes that make no sense
By Rafi Schwartz
Stay up to date