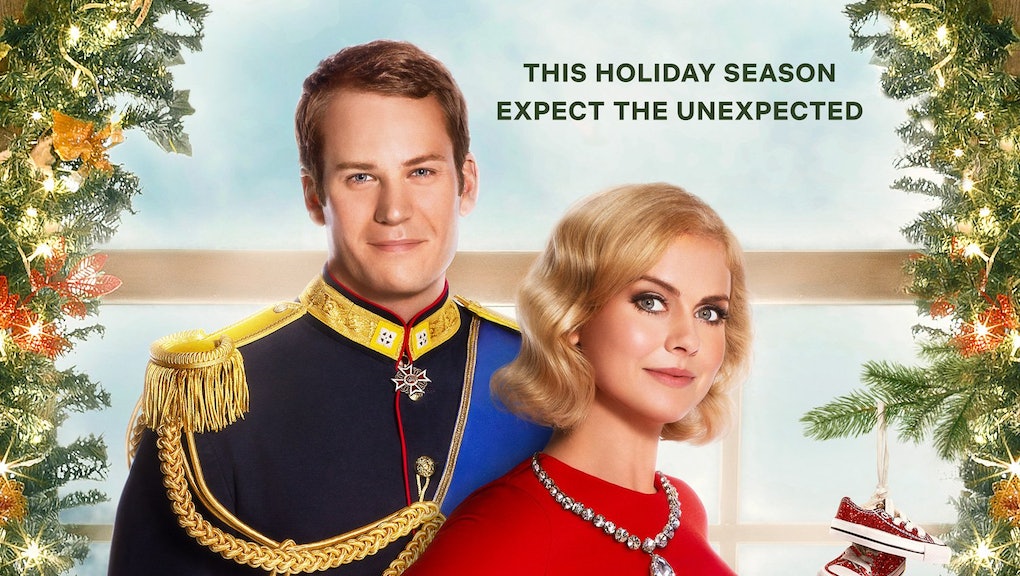 It’s mid-October, so it’s time to start thinking about the upcoming holiday season. So, before we've even settled on a Halloween costume, Netflix previewed this year's holiday films. In a new trailer that emphasized words like “family,” “old traditions,” and “decorations,” Netflix offered a montage of their upcoming Christmas movies. Something involving a knight and Vanessa Hudgens, Kristin Davis and Rob Lowe on a safari, a precious child throwing up their hands and joyously pronouncing the word “Christmas!”

First up, there’s Holiday in the Wild, the movie that stars Kristen Davis and Rob Lowe. According to the description, it’s about a “divorcée who embarks on a safari in Zambia where she rediscovers herself while working at a local elephant sanctuary.” The tagline of the film is “Romance of the beat path,” fully confirming that Netflix has decided to carry on the tradition of the Lifetime Movie Network and their overly indulgent films.

Based on all the information available, this movie seems like it’s going to cast elephants as the backdrop of Davis’ Eat Pray Love– esque journey to Zambia during the holiday season. Will it be a bit culturally insensitive? Probably. Will it have a side plotline about elephant poachers? Also probably. Holiday in the Wild will be available to stream on November 1.

Not to be outdone, Vanessa Hudgens returns to the Netflix holiday movie machine after her starring role in The Princess Switch last year. While it’s a shame she won’t be returning for a sequel to that bizarre but deeply entertaining holiday film, she will be making a return to dole out some seasonal cheer starring alongside Josh Whitehouse, in The Knight Before Christmas (get it?). Netflix calls this a “perfectly-titled holiday rom-com” about “plays a kind science teacher who has been disillusioned by love and he's the cursed medieval knight she must help return to his time.”

If you’re thinking to yourself “hey wait a minute that sounds a lot like Kate & Leopold, the early 2000s film starring Meg Ryan and Hugh Jackman” you’d be correct. But based on the trailer, which features

Finally, the most ambitious film of their lineup: A Christmas Prince sequel. For those of you unacquainted, the first film follows struggling journalist Amber Moore who is sent to the kingdom of Aldovia to report on a Prince reluctant to take on the responsibilities of the crown. Except, she falls in love with him instead. By the end of the movie, they’re paired up, and she’s traded out New York media life for royalty. In the second installment, we follow Moore as she navigates life as a pregnant Royal. This alone could be enough for a Christmas movie. But Netflix isn’t just trying to pick up where the Hallmark Movie Network left off; they’re trying to up the stakes.

This is why Moore isn’t just learning about how to navigate the intricacies of her new life, she’s also got to solve a mystery with extremely high stakes. On December 5, A Christmas Prince: The Royal Baby will transport you “back to Aldovia where a priceless artifact has been stolen jeopardizing a 600-year-old sacred truce between nations.” If Moore doesn’t solve the crime by Christmas Eve, the truce may fall apart. Intense.

All of these films suggest that the goofiness of holiday movies like Home Alone and A Christmas Story, even the more outlandish Santa Claus, have been replaced with cringe-inducing rom-coms in the streaming era. And they’re arriving earlier than ever. Happy holidays!

More like this
'The Nevers' will be so much better when Joss Whedon has nothing to do with it
By Kara Weisenstein
Lena Waithe on empowering marginalized creators and being unafraid to "ruffle feathers"
By Kyla Marshell
The long-awaited 'Zola' movie looks so, so good
By Kara Weisenstein
Stay up to date